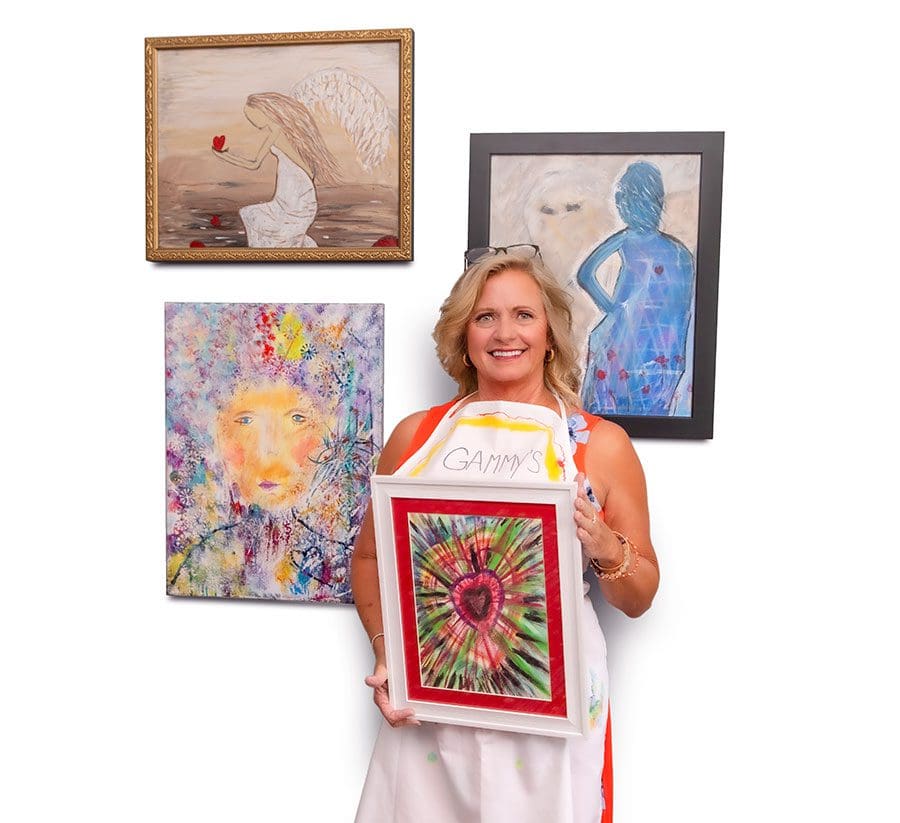 After almost losing it all, a Mount Dora woman is living life true to herself, while helping others along the way.

Sharon Simmons is a believer in the old saying regarding what one should do when life gives you lemons, but with one twist – instead of making lemonade, she’s spreading joy and helping others achieve it.

In the past year, Sharon, never an artist, began creating beautiful paintings to express her feelings. She’s also taken to writing poetry and has garnered quite a following on TikTok.

In her videos, recorded under the handle of ‘funoutgoingme,’ Sharon talks to others about her life experiences and free-style dances to selected music.

Sharon hopes that sharing her newfound joy and energy, along with personal stories of pain, growth and transformation will inspire, starting with the one about barely making it out of the hospital alive.

“I truly believe God wasn’t done with me yet, that he wanted me to share my story about pulling through and of the brokenness that led to that point,” Sharon says.

In 2015, Sharon, was rushed to the emergency room after developing a high fever, severe pain, bruising and swelling in her legs.

Doctors discovered she’d developed sepsis from plastic surgery she’d undergone, they placed her in a medically induced coma, and relayed a 5-percent chance of survival to her family.

When she woke up, burns covered her hands and legs and she came close to having toes and limbs amputated.  A couple of years later, she ended up in a foot cast for six weeks that slowed her down again.

Still, Sharon feels grateful for the faith and self-love that resulted from both incidents. She feels it was God’s way of giving her the time she needed to reflect on those things she’d neglected during a dysfunctional 30-year marriage and subsequent bad relationships, the loss of thousands of dollars and a job she loved, and the nagging desire to change her looks, which she mistakenly thought would bring her happiness.

“When my transformation happened, I realized that it was all about finding my worth just the way I am, to be able to accept my beauty on the outside,” Sharon says, adding that she believes it was all in God’s plan for her life.

“People ask me all the time why I stayed in something that was making me miserable for so long, but I think we get stuck in the misery and it’s almost like a drug because that’s all we know.” 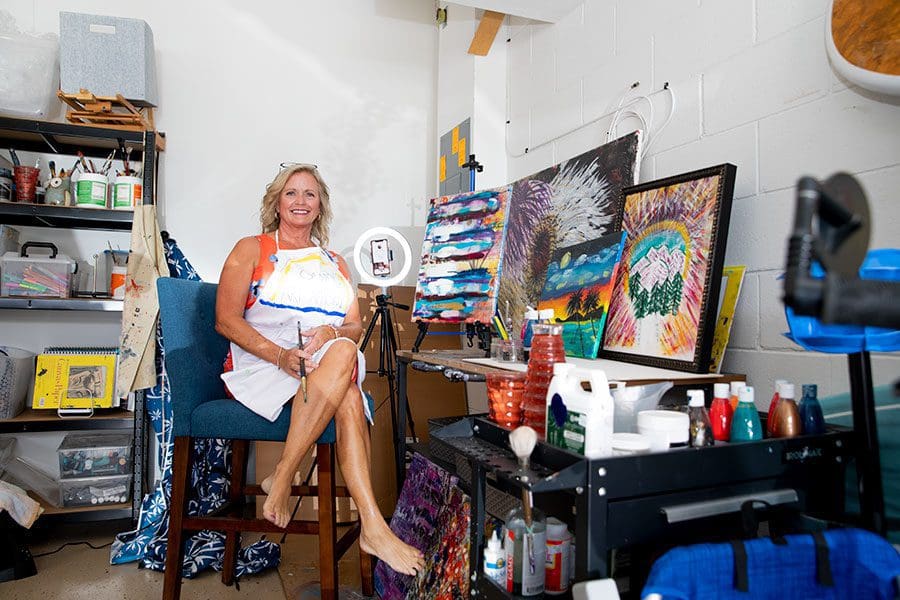 Sharon says she no longer needs a man’s presence to feel happy and believes if it is in her cards going forward, it will be someone attracted to her energy and not her looks. Sharon also says that many women, including herself, at one point, try moving on from their past, but never let go of the feelings of anger or resentment associated with the people they feel hurt them.

“I was focusing on my pain, and therefore, the outside of my body showed it; how I walked, how negative and ‘woe is me’ I was, but when I look back, I see that’s a long time to be stuck numb and in pain. I now realize It’s about falling apart and letting God put you back together.”

Today, Sharon – an outgoing, confident, happy, and healthier woman, after shedding some weight, and most of all, the pain of her past – is on a mission to help other women going through similar situations by giving them hope and courage.  She does it by talking about the good and bad of her entire journey via TikTok and speaking engagements people can book by contacting her at sharonssparkle@gmail.com, so they can truly relate.

Additionally, she advises that women, whether married or not, care for themselves by considering self-help techniques like counseling, journaling, meditation, surrounding themselves with positive people, not beating themselves up and engaging in solo activities that elicit peace and joy.

“I want them to know I wasn’t like this in my divorce, I wasn’t like this losing all that money or almost dying. I was on the couch crying, but through my season of growth and the process of God stripping me of false identities, through painting all these pictures that tell my story and finding myself, I feel I belong to myself.”

“I didn’t like the person I once was, but I love who I am now,” Sharon says.