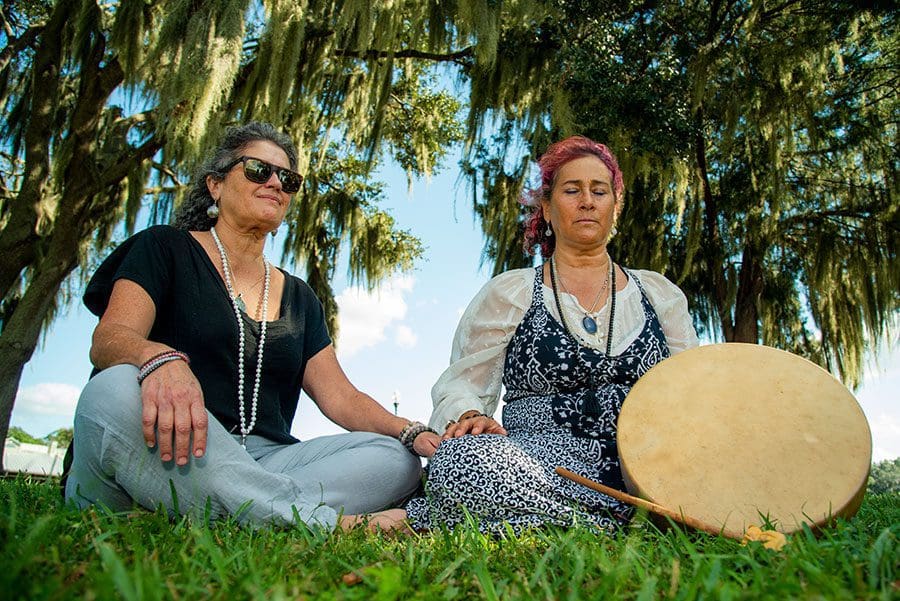 Looking to feel better, heart, mind, and soul? Just kick off your shoes, walk, and soak up some Vitamin ‘G.’

Clermont’s Marcela Malvido believes that everyone really should be grounded daily, and whether or not they’ve done anything to cause or get into trouble, has absolutely nothing to do with it.

What Marcela is referring to is an alternative medicine practice called grounding, or “earthing,” and it involves connecting oneself to the earth’s natural energy.

With that, Marcela, a licensed massage therapist with a background in theology and religious sciences, says that earthing is easily accessible to anyone with the desire to try it, because all it involves is a commitment to spend some time outdoors with an open mind, and one condition – bare tootsies.

The next step would by finding a place where you can easily put your feet in direct contact with the ground, or other natural surfaces like grass, sand, and water. You can visit any park or a place with soft grass to walk on, along the beach where the sand and water are salty, mimicking the healing qualities of a salt cave, lakeside where there is a shallow area you can immerse your feet in, or any quiet place outdoors you find peaceful and that lends itself to bare feet. 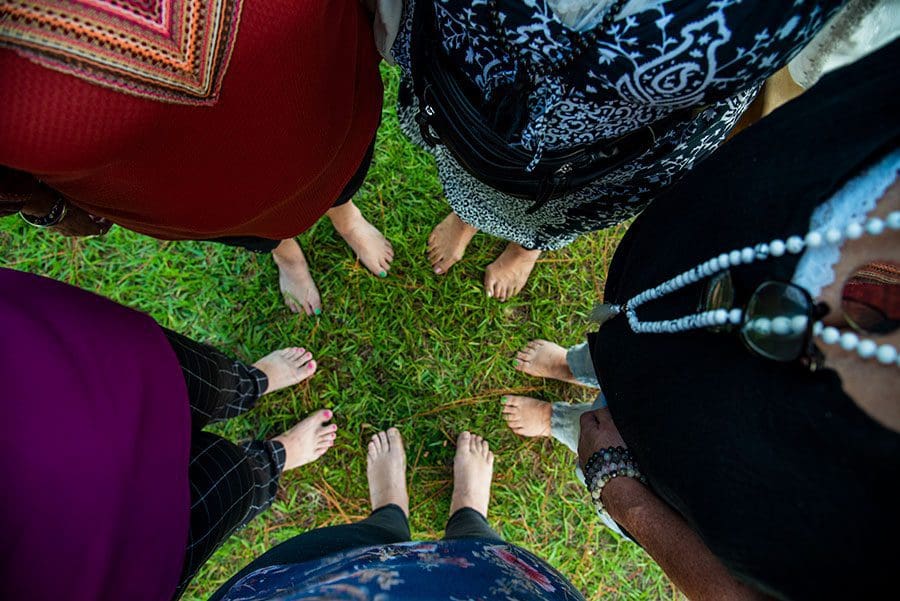 It also works with other parts of the body, so sitting or lying on the ground are alternate ways of earthing or grounding. The point is physically connecting to the electrons that come from the earth and letting them flow into you to get grounded.

As far as the origin of grounding, it goes back thousands of years to early ancestors whose lifestyles historically included more time outside, working, cooking, playing, meeting, and even sleeping on the ground.

Many visionaries have touted the earth’s energy and power, and a man named Clint Ober is credited with modernizing the technique.

Clint, a cable TV professional, later turned grounding expert, discovered, because of health issues he went through, that much like getting good television reception involves getting “grounded,” people could benefit from getting grounded, too.

On Earthing.com, a website of Clint’s where people can purchase products to help get grounded at home, an explanation of grounding’s origins says, “We live our lives mostly insulated from the earth (wearing rubber-soled shoes, living indoors, driving our cars, etc.). Over time, this causes our bodies to become depleted. Touching the ground replenishes our electron balance and restores our lost connection to the earth’s energy.”

According to earthinginstitute.net, another online site dedicated to earthing, and backed by extensive research: “Earthing, or grounding as it is often called, connects you to this overlooked natural energy that nurtures and balances your body at the deepest levels, draining it of inflammation, pain, stress, and fatigue.” 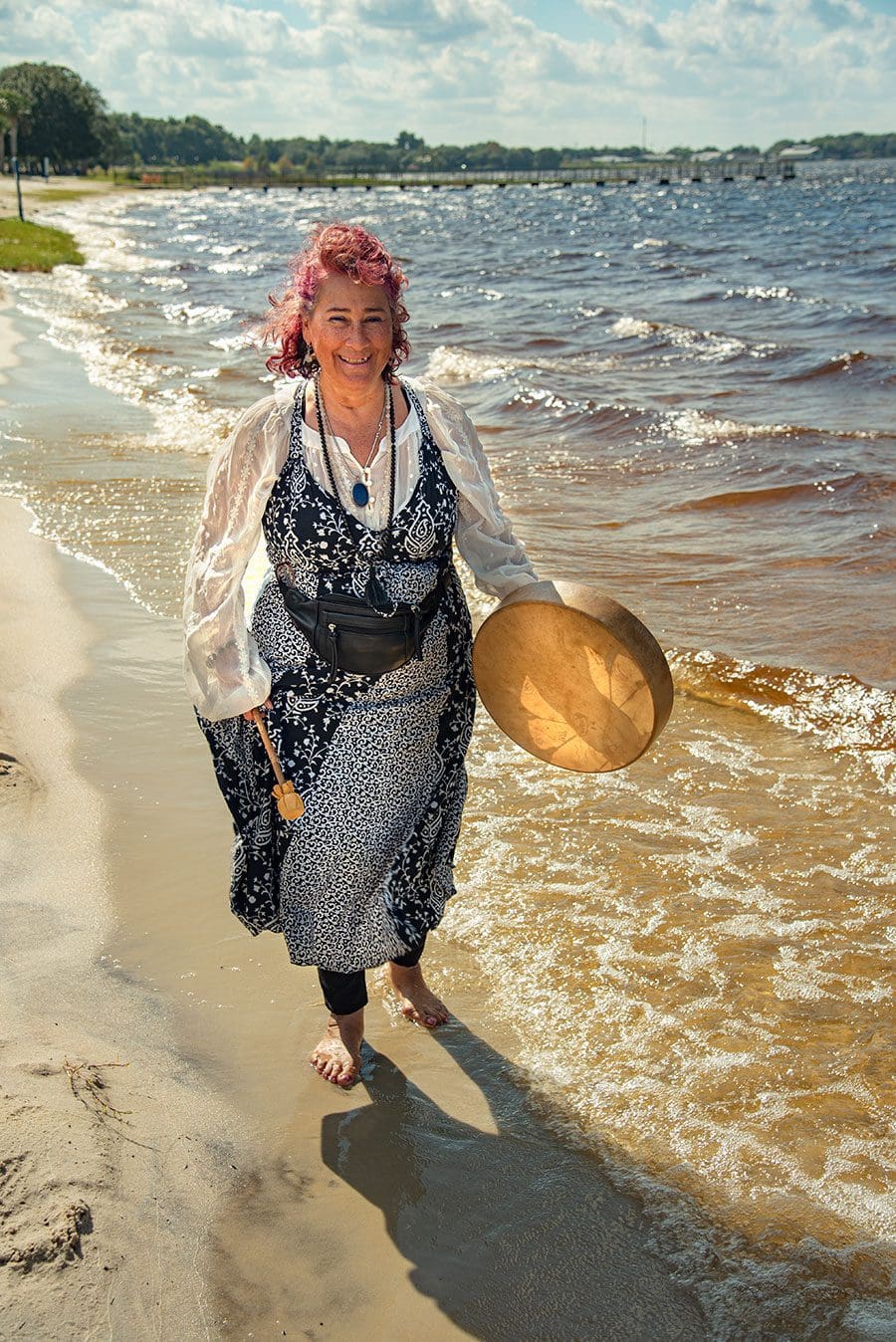 It can also speed healing time, help keep you looking and feeling younger, and alleviate headaches.

By simply walking barefoot you begin to recharge your body with that direct connection to Mother Earth, and your energy is boosted naturally.

Marcela explains further: “We are electromagnetic, and the earth is electromagnetic, and we can easily connect our energy to the earth’s energy, take it in, and experience so much. A lot of sicknesses, stress, and anxiety go away with grounding. It’s just negative positive ions, that’s it, there’s nothing else, it’s just pure science.”

Ana Lores, a metaphysical practitioner, massage therapist, and friend of Marcela’s, in town from Miami to visit her sister, says if going outside is not an option, whether it’s because of inclement weather or the inability to do so health wise, there are other means for grounding indoors, including the use of a grounding mat, which works well as a substitute for direct contact with the earth. 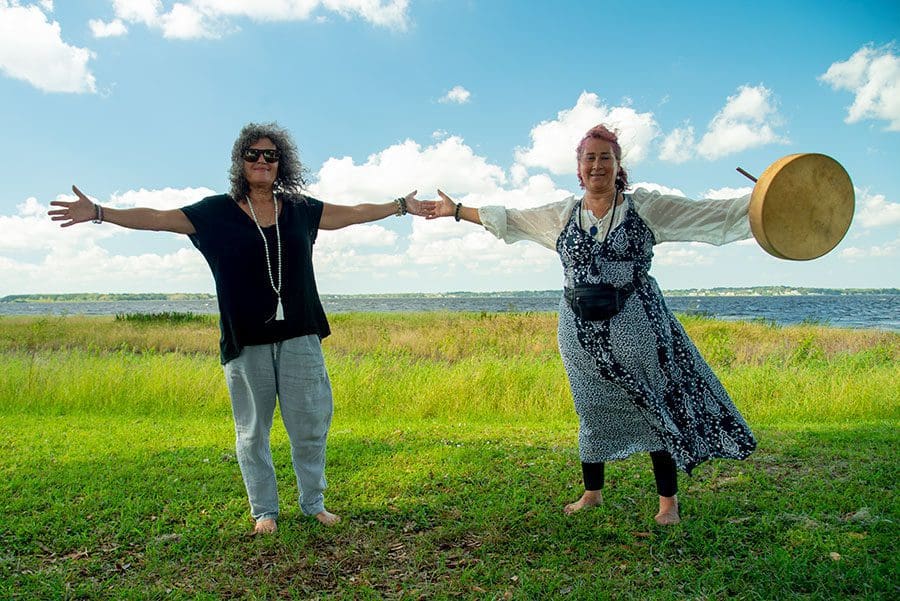 In lieu of walking barefoot or lying on the ground outside, you simply step on or lay in your bed on a grounding mat, that when plugged into a grounding port, simulates the earth’s electric current.

Overall, and in whatever way it’s achieved, Ana also swears by grounding.

She says it’s something she probably experienced as a child, but didn’t know it, much like many others who enjoy running around barefoot outside and everywhere. She says it is probably why kids are generally so happy, energetic, and able to bounce back easily from most challenges.

“When I was a little girl, I loved being barefoot, being outside, and exploring,” Ana says, adding that today, she does the same thing but by means of gardening, and yes, still barefoot. She also likes cooking while barefoot because she feels more creative.

“The feeling you get from grounding is intense. You feel the intensity of the earth and it’s like you start living solely in the present time,” Ana says. “You’re no longer lost in the problems of your past or in the fears of the future; you are just living in the here and now.”

Marcela says sometimes people feel a subtle surge, or a tingling sensation when grounding, and some simply feel better or at peace. Either way, she calls it life changing.

“You actually feel energy, like a field of energy inside and around you, and you think, ‘Wow! What is that? is that me?” Marcela says. “When I am helping someone learn grounding, I tell them that whatever they are feeling is ok. I ask them, ‘Do you feel your powers? Your energy? Happiness? That’s a good thing. You are creative, you are inspired, you are powerful.”

Marcela says she even grounds people before massages and uses singing bowls to promote relaxation and healing.

Additionally, Marcela provides guided meditations for people who want to experience the effects of grounding but don’t know quite where to start.

She says people in Clermont are lucky because the city takes meticulous care of Waterfront Park, her favorite spot for connecting with nature. 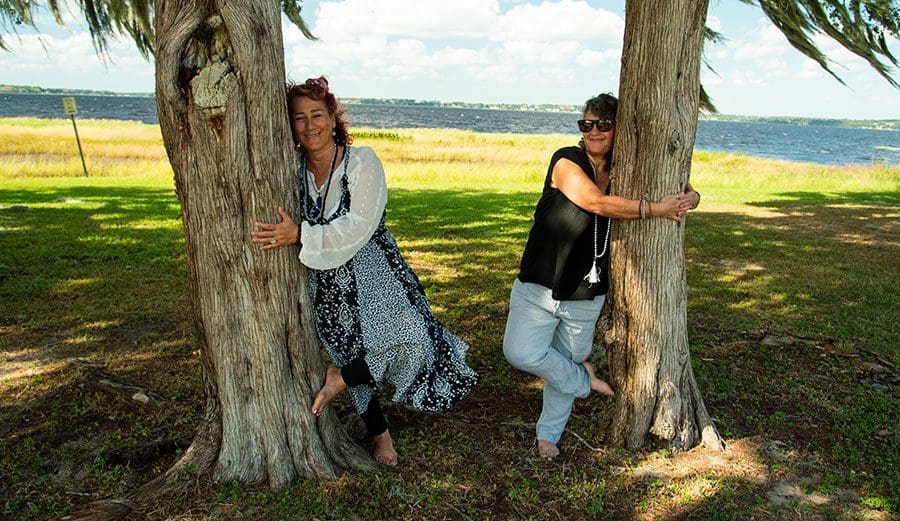 Marcela says Waterfront Park has a beach and shoreline people can walk along, grassy areas and plenty of trees, since they are also a very popular calming source.

Marcela even has a special meditation for that type of grounding, sometimes referred to as tree hugging, which includes imagining roots extending from the bottom of your feet, and connecting with the roots of the trees.

She then calls out the various chakras going up the body, and all the way to the crown chakra, where she helps people connect with the stars by imagining filaments of lights shooting out into the stars and sky, then back down to the feet again.

In all, Marcela says grounding is something people should
make a habit of, and to prepare, they should hydrate to balance their electrolytes.
She also says wearing or holding black tourmaline (rocks) can help with grounding, as can petting a dog or cat since their paws are naturally and always grounded with the earth.

Additionally, Marcela says water contains a strong electromagnetic field, and attracts energy – or lightning, in the case of storm. She explains that it is the reason people always say not to be in the water, like at the beach, a swimming pool, or taking a shower, during a thunder/lightning storm. Walking barefoot in it, however, on a nice day, can be beneficial.

“In Spanish, the word for grounding is “Raizer,” it means ‘to root.’ So grounding, or rooting yourself, is completely natural,” she says, adding that grounding for about 20-30 minutes a day could make all the difference emotionally, spiritually and physically.

Marcela also compares the feeling of connecting with Mother Earth to that feeling of comfort you feel when receiving the best hug from someone like your mom or grandma.

“You feel in agreement with yourself and as you’re taking that in, you tell yourself that you want to be connected. You say, ‘I want to feel the amazing hug of my Mother Earth.’ Then, you feel it, you feel her energy, you feel her love and it’s soothing.”