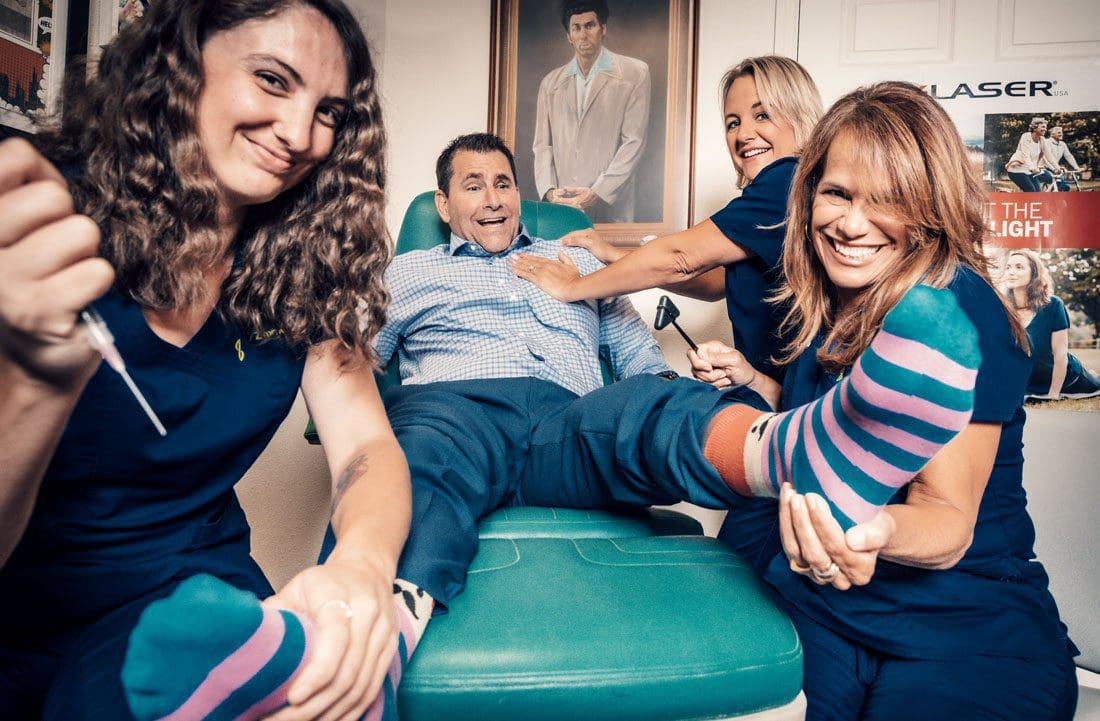 Dr. Zimmermann doesn’t always fix feet. But when he does, he does it in Lake County.

As a kid growing up in South Florida, Dr. Erik Zimmermann dreamed of being a cowboy, pilot, fireman, Capt. Kirk or GI Joe. “The only foot-related thing in my childhood that I remember was when my mom would constantly break her toes and scream and curse,” the doctor says. That said, his road to becoming a podiatrist wasn’t an obvious one.

After growing up in South Florida, Dr. Zimmermann’s family moved to Texas and he joined the Marines at nineteen. In boot camp, he sprained his ankle on a run and was sent to see a navy podiatrist, who fixed his ankle so that he could finish his basic training on time. “That was the first time I had ever even heard of a podiatrist, and the only time I was not sworn at during boot camp,” Dr. Zimmermann says.

He trained as a radio-wireman in a recon unit and stayed in the Marine Corps reserves while he attended Southwest Texas State (now Texas State University) in San Marcos, Texas. He studied biology and took pre-med classes, but still fancied becoming an officer and a pilot. During his senior year (delayed because of his deployment for Desert Storm) he applied for officer school when a podiatry school recruiter came to give a seminar to his pre-med class. Remembering the podiatrist that had patched up his ankle in boot camp, he was intrigued and also applied for admission. Torn between the dueling futures of becoming a podiatrist or an officer, fate intervened when his military paperwork hit some snags while his podiatry school paperwork went without a hitch. He was accepted to podiatry school at Barry University in Miami, Florida. After graduation, he packed his small car and headed to sunny Miami for podiatry school.

After four years of podiatry school and finishing his residency he moved from South Florida and moved to Lake County in 1999. He started his career by making house calls all over Lake and Sumter counties, picking up office work where he could, and working in assisted living facilities and nursing homes. As his family grew, he wanted to do less traveling, so Dr. Zimmermann stuck to more office-based work, and eventually opened up Zimmermann Podiatry’s new office in Leesburg. Since then the business has continued to grow significantly, Dr. Zimmermann credits a lot of the office’s success having to do with the pleasant staff and unique office decor. 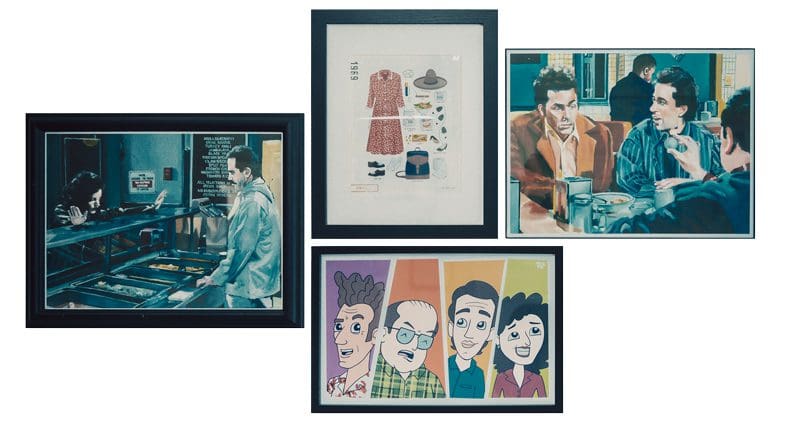 “We just try to be a super friendly office. We’re fun and we try to make the visits enjoyable. It’s a family atmosphere here,” Dr. Zimmermann says. Part of what makes Zimmermann Podiatry unique is its Seinfeld theme. “I’m the only one that’s got a Seinfeld-themed office. We play Seinfeld in the waiting room. We have Seinfeld-themed treatment rooms; the Kramer, the George and the Elaine, with specific artwork related to each one of the characters,” the doctor says. “I’ve loved Seinfeld since it came out and I still watch reruns. I’m not a Seinfeld fan, I’m a Seinfeld fanatic.” 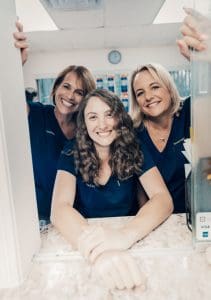 “In some cases, we do minor surgeries in the office. The most common minor surgeries are hammertoe surgeries, they take about fifteen minutes, and they’re really great for relief from pain,” Dr. Zimmermann says, “This type of hammertoe surgery gives a good correction of the toe and doesn’t require any open big, open procedures like bone removals, screws or pins.” 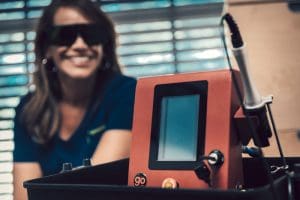 As far as new technology, the office is “ahead of the times.” Dr. Zimmermann offers two lasers; one to kill toenail fungus and another for treating neuropathy, soft tissue injuries, sprains and strains. “The soft tissue laser is a great way to speed up the healing and get patients up and running,” he adds.

Neuropathy is a common issue Dr. Zimmermann is seeing at this time. “The number of new of patients complaining of tingling, burning, numbness in their feet and loss of sensation seems to be exploding right now. We have a really effective treatment program for people suffering with neuropathy,” he says.

Zimmermann Podiatry also carries a lot of oral pharmaceutical-grade supplements for treating neuropathy, as well as a pharmaceutical-grade CBD anti-inflammatory cream and topicals for fungus of the skin, nails and pain relief. Zimmermann Podiatry can perform in-office X-rays for bone examinations and musculoskeletal ultrasound for soft tissue examinations. 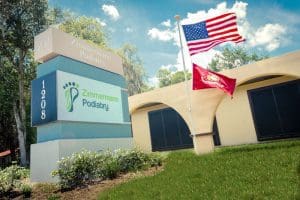 Besides his Seinfeld obsession and his time with the Marine Corps, there are other things that make Dr. Zimmermann “The Most Interesting Podiatrist in the World”. He’s a bit of an artist, writer, a rock and roller (having seen AC/DC eleven times), and has played guitar and sung in multiple rock bands until very recently, “because life just got too crazy.” When he’s not at work, Dr. Zimmermann is a family man. He spends his time with his wife, three kids and three dogs. “Some of our favorite family activities are fishing around Crystal river, jet skiing, and tubing,” he says.