With advances in architecture and technology, houses look very different than they did 130 years ago. Homes from the past, present and future reveal the history of Lake and Sumter counties, modern homebuilding trends and smart home technology that will continue to evolve.

Smart homes do the work for you 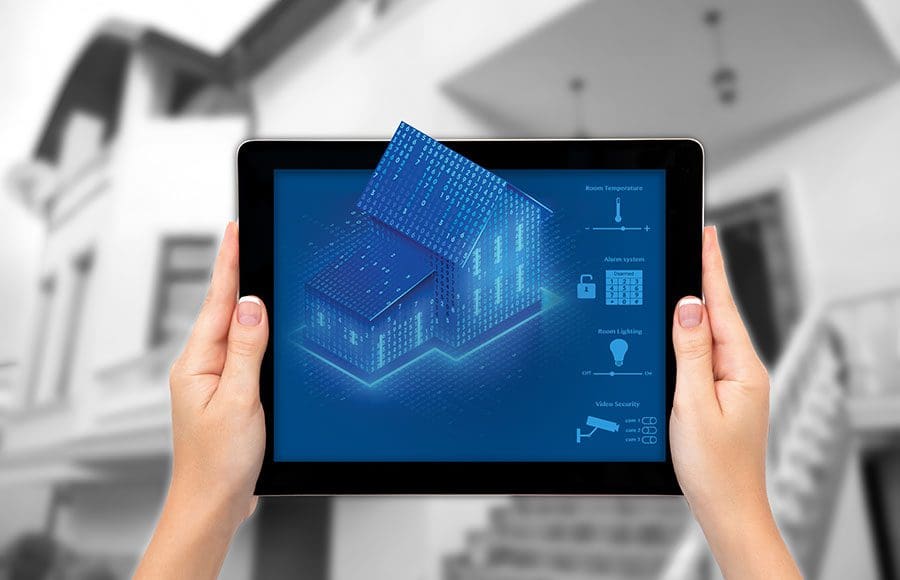 In the golden age of technology, those three little words can set into motion the “smart home” controls for a house’s lighting, temperature, door locks, TV, music, window shades, even the hot tub.

“In fully integrated houses, homeowners really don’t have to do anything,” says John Ortiz, owner of Bob’s TV Audio and Video, a Summerfield business that also serves The Villages.

Smart home technology is automation that allows users to control and monitor their connected home devices from smart home apps, smartphones, tablets, computers or wall-mounted controllers. Users can remotely control connected home systems whether they are home or away.

Home automation systems actually have been around for decades. Bob’s TV has been installing systems from New Jersey-based Crestron for more than 25 years. Like most technologies, home automation has advanced rapidly in recent years. Systems can be built into new homes, or existing homes can be retrofitted.

Smart homes gradually are becoming more popular, though high-quality systems are not inexpensive, John says. The options can range from controlling one light dimmer with your phone to walking into your house and turning on everything by saying, “I’m home”—voice-activated systems such as Amazon Alexa and Google Home are today’s rage.

Homeowners may have different goals, but most want the technology for simplicity. 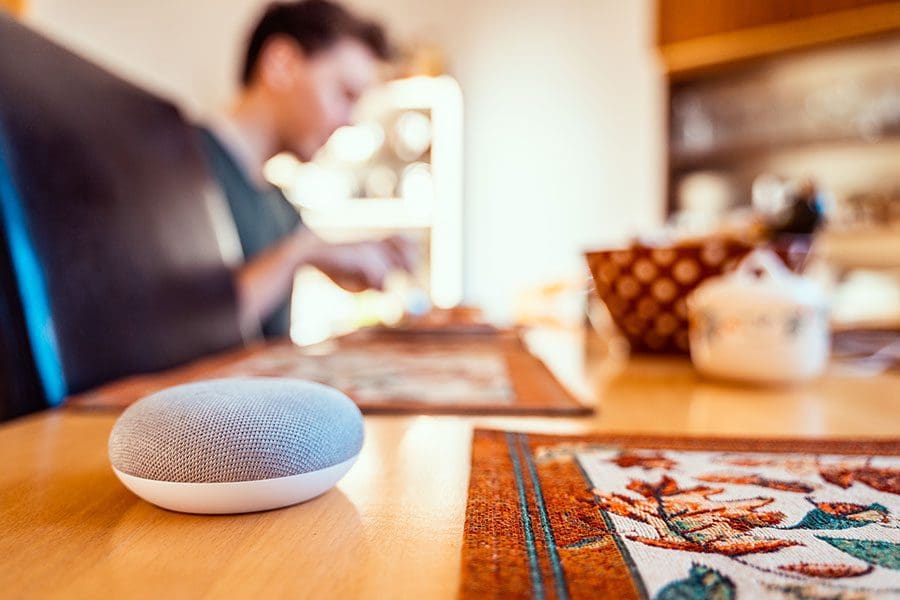 “We give them what we call ‘scene buttons,’ like ‘Coming home,’” John says. “They walk in the door, they push the button, and we’ve already preprogrammed that this is the lighting they want to come on, this is where they want the music to turn on to and the air-conditioning temperature to switch (on). They can actually do a “Coming home’ scene from their smartphone remotely so that everything will already be that way when they get there.”

Like any product, John says, as the quality level and the sophistication level increase, the price rises with it. The size and scope of a home may determine the type of system and the costs, which can be as low as $1,000-$1,500 or as high as the hundreds of thousands of dollars. The levels of integration and the costs depend on how many areas the homeowner wants to control with the touch of a button, either in the house or remotely.

“Some people start very simple with a basic lighting control, and then we have homes that every subsystem at the home is integrated, including even the water heaters and temperature and energy management, so it can be as small or as elaborate as you like,” John says. 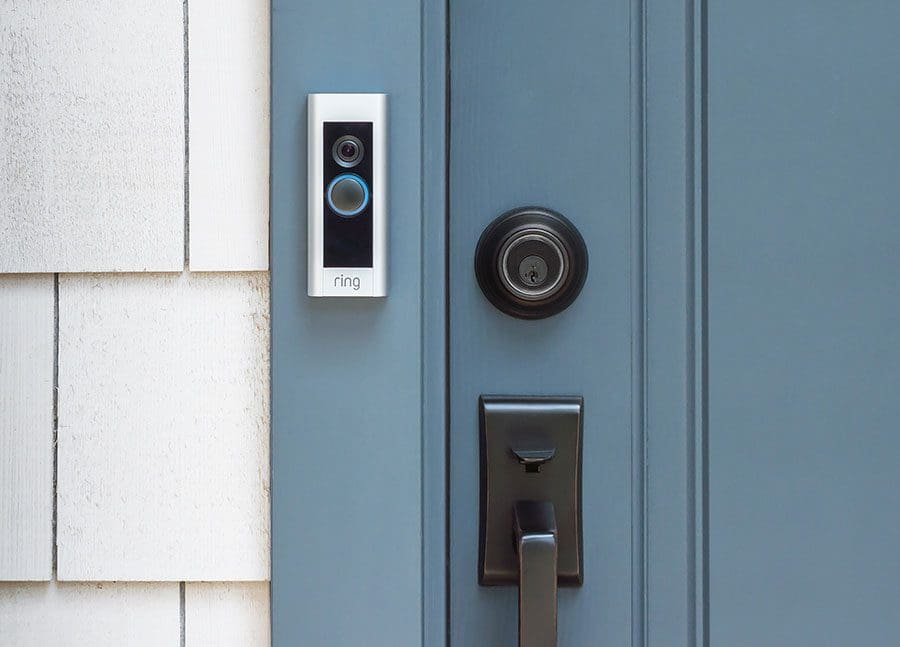 Another trendy device is the Ring video doorbell, which allows homeowners to see who’s at their door from wherever they are. Motion sensors detect when someone walks into view, and the device automatically sends alerts to the homeowner.

This security feature is among the most common requests from homeowners, who are increasingly asking for more technology to be built into their houses, says Mike Neace, owner and president of American Family Homes in Eustis. Homeowners are most interested in Wi-Fi control of the air conditioning thermostat and video cameras for the front door and rear yard.

Of course, technology isn’t always perfect the first time out on the market. John says homeowners may need time to “train” systems like Alexa to understand commands because not everyone describes everything in the same way.

“Alexa doesn’t really ‘think.’ She accepts commands you’ve given it, and it’s basically like pushing a button with your voice,” he says. “So, if you don’t push the right button, the right thing doesn’t happen.”

In the near future, AI, artificial intelligence, will become more integrated into home automation, John says, though a timetable is unclear.

“That will start to be the next thing that we’ll see,” he says. “They’re just now integrating Alexa and Google Home to where it’s becoming a little more reliable. But as far as AI totally integrating, that’s going to be a little down the road.

“As technology keeps rolling, they keep figuring out ways to integrate it and sell it to us.”

‘Smart’ may not be ‘safe’ against cybercrime

Smart home technologies can make life easier, but they also can create security issues for your home network, according to Jerry Chen, CEO of Firewalla. The San Jose, California-based company creates smart firewall products to protect homes and small businesses from cyberthieves who use smart home devices to access private information stored on home or small-business networks.

As more homes add more smart home devices, security risks are being compounded, he says. Consumers may be worrying about smart security cameras and smart hubs such as Google Home and Amazon Alexa listening and sharing information about them with corporations. If companies are listening in, how can you be sure a cyberthief isn’t as well?

If you have Wi-Fi-connected devices in your home, it is important to take steps to protect your home network as thoroughly as possible from cybercriminals. Jerry offers these suggestions:

The score on security

YourThings Scorecard, created by researchers at the Georgia Institute of Technology and the University of North Carolina, ranks popular smart home technologies based on their security risks. Of the 45 published device profiles, 25 rated a C grade or worse on their network security, and 23 received a C grade or worse for their device security.

Smart security cameras represent 47 percent of the most vulnerable devices in homes, according to research from SAM Seamless Networks Threat Assessment Lab. Coming in a close second are smart hubs such as Google Home and Amazon Alexa.