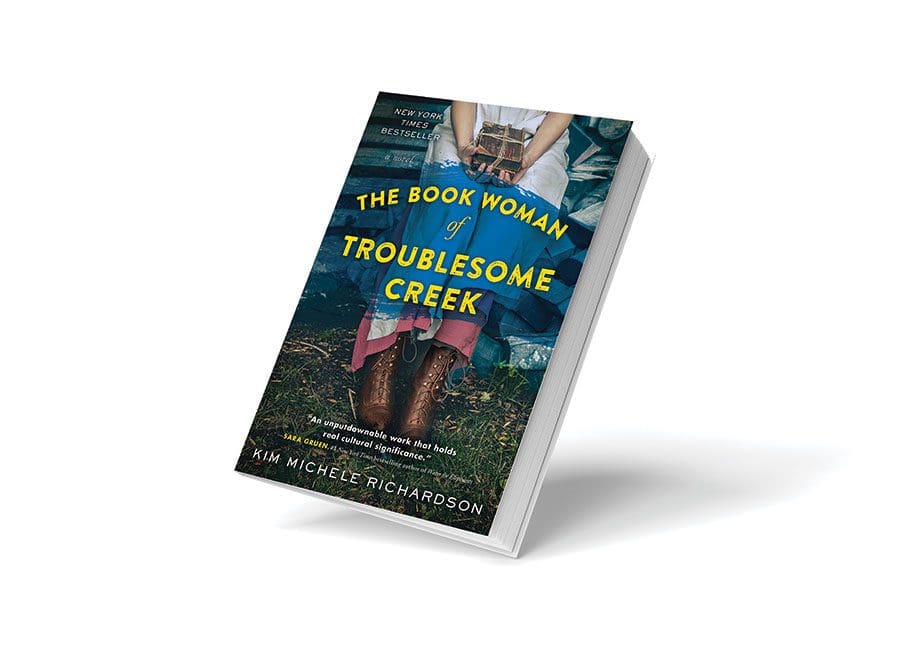 Cussy Mary Carter is the last of her kind, a blue-skinned woman of eastern Kentucky who carries a recessive gene that causes an enzyme disorder that makes her skin appear blue.

Cussy’s blue color makes it impossible for her to live a normal life as she faces ridicule and extreme discrimination. She is known as Bluet in the poverty-stricken mining town of Troublesome Creek.

Her saving grace is her $28-a-month job as a traveling librarian for the Pack Horse Library Project funded by the Depression Era Works Progress Administration.

However, Cussy’s Pa is not happy with her job and fears for her safety as she travels the treacherous mountain trails delivering books. He worries about people who are suspicious of book learning and are quick to blame a Blue for any trouble. Pa is determined to see that she is married before he succumbs to lung disease contracted from working in the mine, as well as fulfill the promise he made to her mama before she died that he would see to it that Cussy got herself respectability.

But who would marry a Blue, a girl whose light blue color deepened to blueberry with a burst of joy or anger?  If Cussy marries, she will lose her precious job and never again hear the excited cries of the hillfolk call out, “Yonder comes Book Woman…Book Woman is here!” Cussy adores the freedom her job gives her, the education she receives from the books, and the devotion of the people she serves who are starved for learning.

Despite Cussy’s fervent pleas not to marry, Pa offers a dowry of 10 acres of land. Would-be courters all refuse – until Charlie Frazier comes along. Her marriage to Charlie sets in motion a series of tragic events as Cussy struggles to achieve respectability, a goal that always seems to be just out of her reach.

This novel is beautifully written, and along with its extensive research, tells a moving story about a brave woman who lives in an era and a locality we know little about.

Want to read more about the story of Cussy Mary Carter? → “The Book Woman of Troublesome Creek”
can be found at Target, Books-A-Million, Barnes & Noble, or on Amazon.