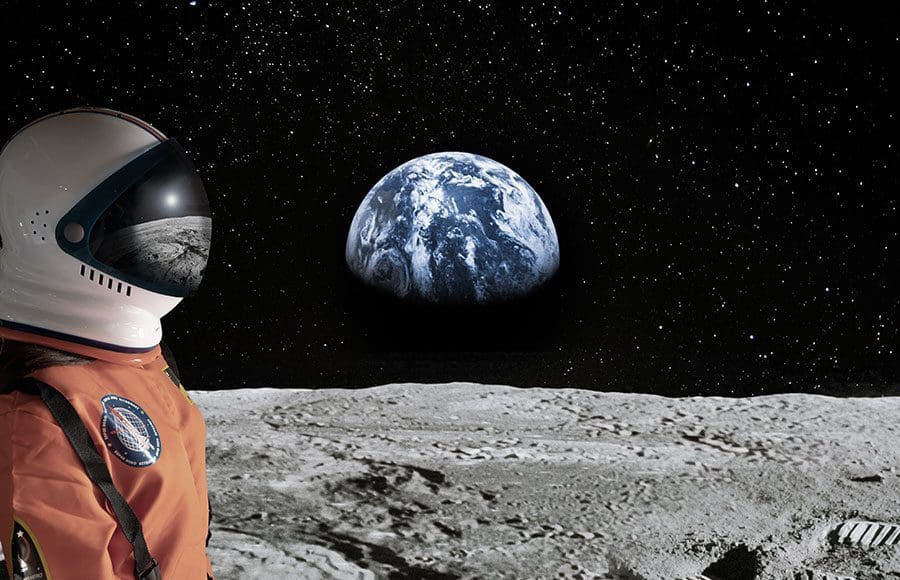 Riley McDowell cannot wait to launch her science project beyond the classroom laboratory and into outer space.

It’s a dream come true for Riley, a 2020 graduate of The Villages Charter High School who has long dreamed about traveling through outer space and landing on the moon.

“This is so exciting to think about,” says Riley, who was crowned Junior Miss Leesburg in 2020. “It’s a once-in-a-lifetime opportunity.”

Riley is one of many students participating in a project designed to spark interest in space exploration and elevate their pride in Leesburg.

Students from all public schools in Leesburg are creating a virtual City of Leesburg on the moon. They’ll design computerized images of buildings and streets and parks, write essays, and provide photos of their loved ones. Content they create will be stored onto a micro SD card with 2 trillion bytes.

In Spring 2021, the micro SD card will be placed aboard a rocket that will launch from Spaceport America in New Mexico, officially putting Leesburg into space.

Afterward, students will have several months to polish their original work and load it onto a second micro SD card. That chip will be placed inside a space canister and placed aboard a rocket leaving Cape Canaveral in Summer 2021. After the rocket reaches the moon, a landing capsule will place the canister on the northeastern part of the moon known as the Lacus Mortis region.

The project is spearheaded by entrepreneur Dave van de Velde, a resident of The Villages and founder of Van Gogh Vodka. Several years ago, he formed an anti-bullying program at Leesburg High School. When coronavirus forced schools to close last spring, he sought another outlet to reach students.

“We couldn’t do anti-bullying because the kids didn’t come to school,” he says. “I was thinking of ways to keep kids involved on a computer and teaching them to use the Internet to research space. Since space is where the future is, only good things could come out of a project like this.”

The project also helps promote Leesburg, which Dave refers to as “a special and unique city.” In recent years, Dave has arranged for crews to take Leesburg High School’s flag to historic and hard-to-reach locations, including Normandy beaches and the South Pole. In addition, the flag has flown atop Mount Everest and draped the gravestone of famous explorer Ernest Shackleton.

Giving Leesburg a permanent home on the moon seemed like the next logical step.

“I’m not sure if there is any other school in this country that has done all these things,” Dave says. “Our virtual City of Leesburg on the moon is going to be a city of peace, no harassment and no bullying. Kids have to pledge not to bully or we send them back to Earth.”

Dave says the project is an invaluable learning tool because curiosity will prompt students to research facts about space exploration and the moon. Moreover, they’ll be able to express themselves creatively by designing the entire city, ranging from a futuristic classroom on the moon, to a space vehicle that transports moon dwellers from one building to the next.

“One student wanted to grow sunflowers on the moon, but the student realized there is no air,” Dave says. “So, the student came up with the idea to make a dome with some water to grow flowers. This allows students to live their own fantasy and learn as much as they can during the process.”

That’s especially true of Kierstyn Riley, an eighth grader at First Academy-Leesburg. She says working on the project has taken her imagination to new heights.

“Not a lot of students get to be involved with something like this,” she says. “I learned about space last year and was surprised how long it takes to get to Mars. Now, I’ll only be a few light years away.” 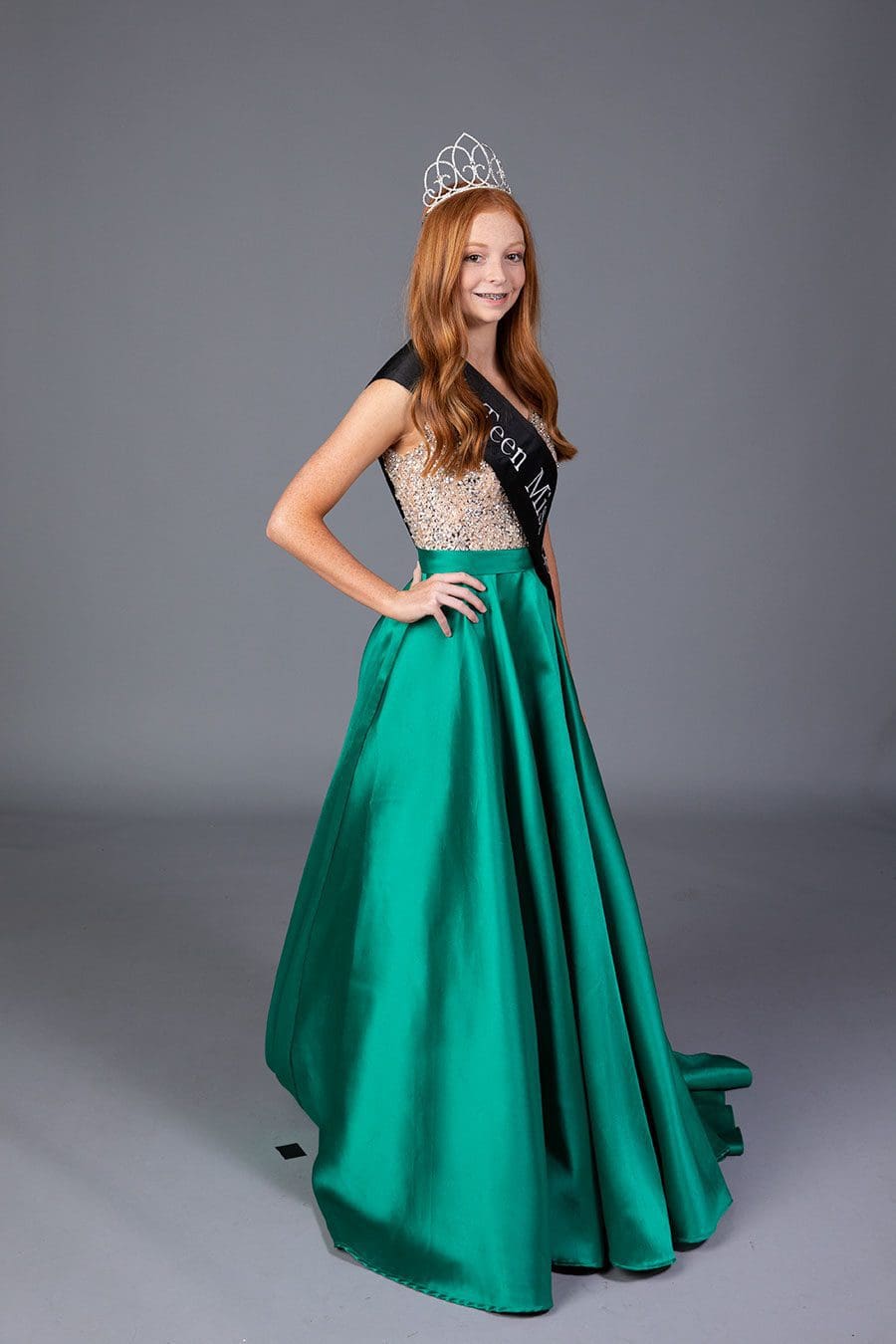 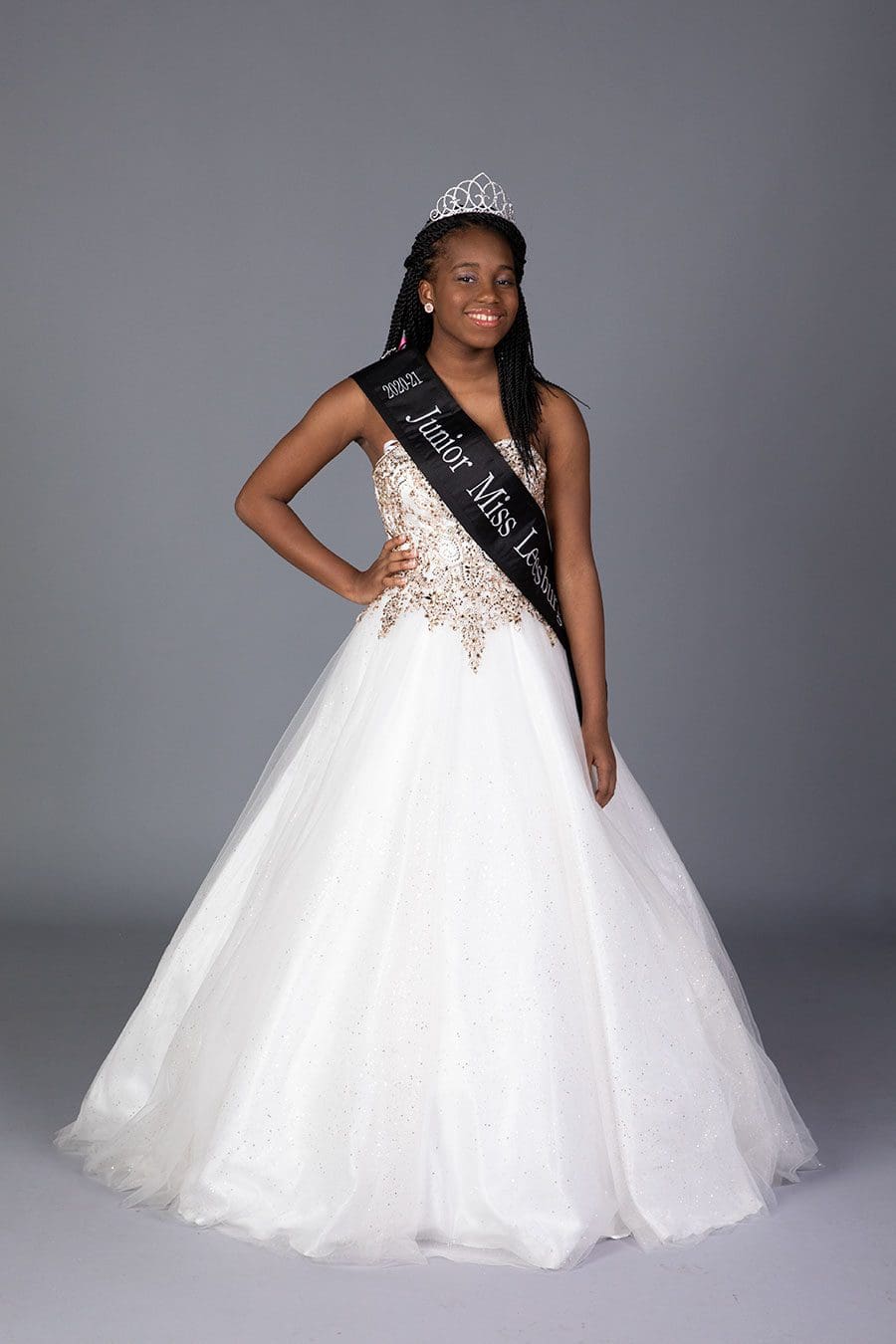 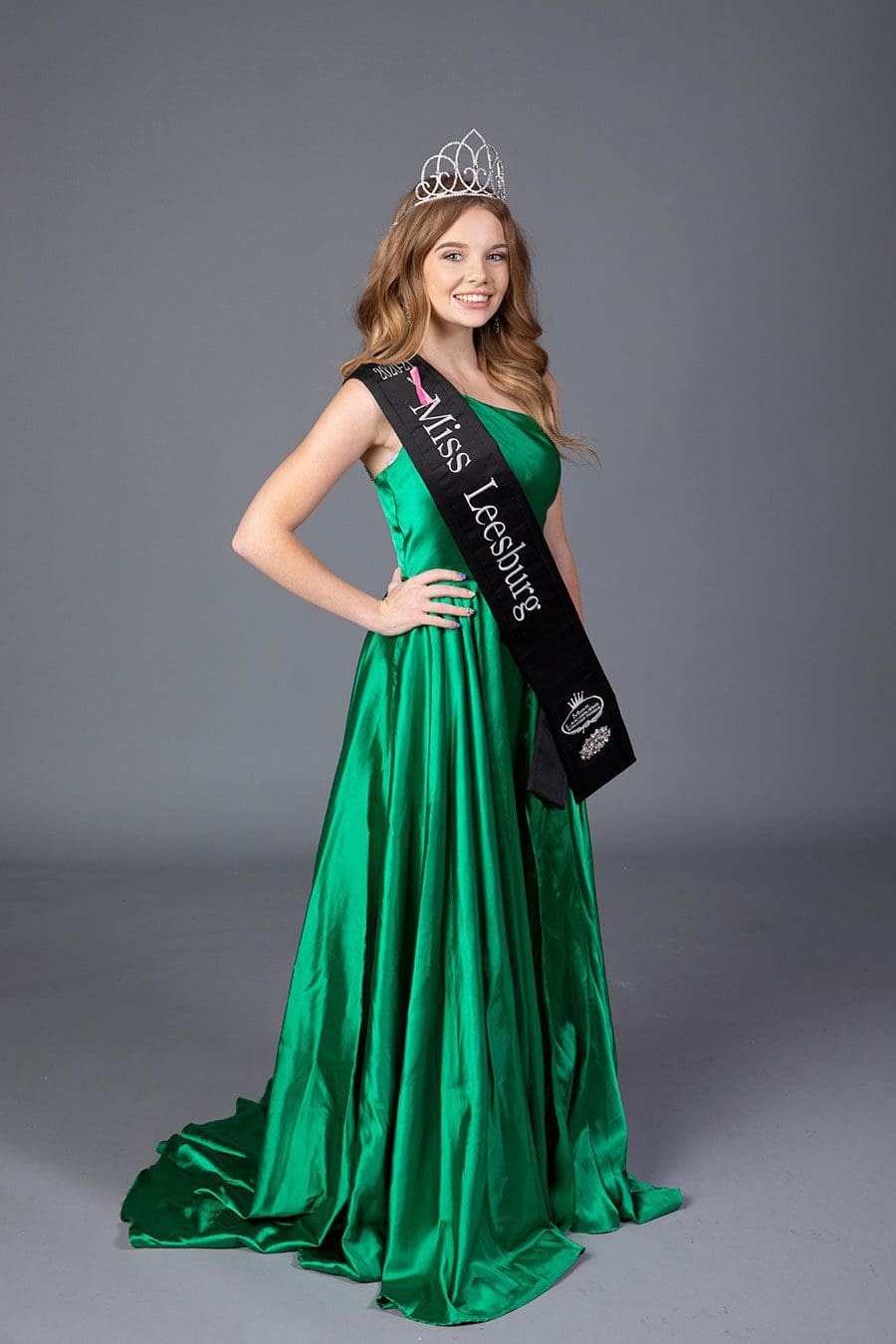 “I learned a lot about space last year in sixth grade and found it very interesting. I think this project will make space even more interesting.”

The project has sentimental value for Alexis Gamez, a senior at Leesburg High School. She plans to send a picture of her grandparents to the moon.

“I love my grandparents, and they love me just as much,” Alexis says. “One day when they’re gone, I can walk outside each morning when the moon is out over the horizon and cherish all the memories I made with them.”

“Some people are down on Leesburg, which is unfortunate because many good things happen here that are overlooked,” she says. “Things like this put us on the map and gives Leesburg bragging rights. This is a great city, and I’m proud to be part of this project.”

While students are responsible for designing the virtual city, Dave says the project is a community-wide effort. In fact, he has tapped into his creative entrepreneurial and marketing skills to include Leesburg businesses and residents. For $20, businessowners and individuals can put a photo on the moon, whether it’s a picture of a satisfied customer or a memorable photo of a loved one.

“Let’s say we want to get a local dealership on board our program,” Dave says. “The next time a customer buys a vehicle from that dealership, the owner or car salesman can say to the customer, ‘Let me take a picture of you and your car and put it on the moon.’ The customer is going to be ecstatic and tell all his or her friends. That’s branding, and branding is what I’ve done all my life.”

Dave is also involving city officials and employees. In fact, the virtual city will feature buildings and roads bearing their names. There’s the Elise Dennison SpacePort, named after the mayor, the Al Minner City Hall, named after the city manager, and the Danielle Parker Parkway, named after the Leesburg Area Chamber of Commerce’s operations director.

“I’m happy to be the first mayor on the moon,” Elise says. “I got my pilot’s license so I think that will help me in operating an efficient SpacePort. Seriously, what excites me about this program is that it will inspire kids to learn, and if this inspires kids to be excited about their education, just think how much better Leesburg will be down the road.”

Danielle echoed those sentiments. “Space is something I’ve always loved, so I think this project is fantastic. We live in Florida and should be excited about our space program. To take the space program to a local level and have everyone in the community participate is really awesome. And for businesses to be able to market themselves is very important.”

Dave, a stickler for details, expects the project to be completed in a comprehensive, professional manner. After all, an opportunity like this comes around once in a blue moon.

“We have one shot to be number one,” Dave says. “If we don’t do it well, then we won’t be number one anymore.” 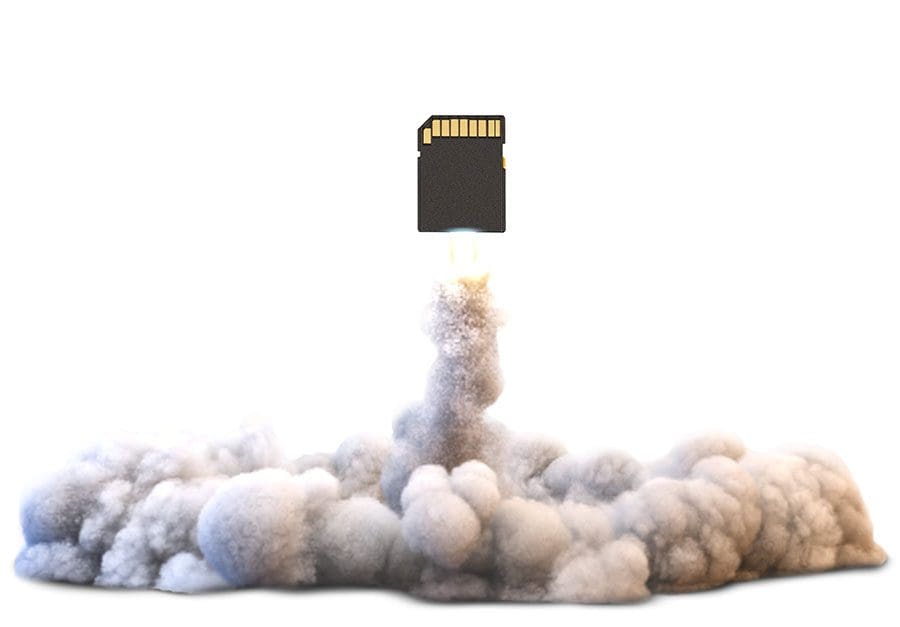 For one day, however, the venue will host a spaced-themed event that is out of this world.

The Leesburg Lunar Festival, on March 27, will drum up excitement before rockets officially launch Leesburg into outer space and to the moon. This free, family-friendly event will also educate children and adults alike about the moon and outer space.

Everyone from kindergarten students to adults will enjoy a slew of activities, including robotics competitions, solar oven bake-offs, and listening to the 18-piece LC Swing Band. Guests will also chat with a NASA astronaut.

The event is being organized by the Leesburg Area Chamber of Commerce and members of the Leesburg Noon Rotary Club.

“People can come out and celebrate with their families,” Dave says. “It’s educational, and that’s important because space and science are where it’s at. I also think this event will equip parents with the necessary knowledge and provide them with the necessary tools to help their children. That is the purpose of this event.”