Bill Downs first started buying simple craft beer kits in college, and about five years later began using all types of grains. Grains used for making beer include barley, wheat, corn, rye, rice and oats. Giving it a rest for a while, Bill later returned to brewing and along with his wife, Sheila, began planning to open a brewery.

“I bought a professional small batch system, and just started developing recipes that we’re using today,” Bill says. The couple opened Suncreek Brewery to become a part of Clermont’s “Master Plan” in September 2018, and today each batch at Suncreek makes around 7 to 15 barrels of beer.

Along with his brewer, Christian Frances, Bill says, “We just kinda think of a style we want to make, do some research on it, and just formulate a recipe. The recipes are mostly mine right now, but he’s developing some himself.” Bill’s favorites are the Clermont Champions Lager and the Sun Squishy IPA.

“The Clermont Champions Lager is a light lager around the 4.4-4.5 percent Alcohol By Volume (ABV), which means it has less alcohol than say an IPA, so you can drink more of them without getting too inebriated. The Sun Squishy IPA is a very citrus-forward IPA with a hint of strawberry in it that has 7 percent ABV, almost twice as much as the lager,” Bill says. The Clermont Champions was a lighter beer and can definitely be compared more closely to a domestic, for those drinkers with a shy palate.

The use of lactose, which is unfermentable milk sugar, is what creates the smooth texture of the Milkshake IPAs and puts them in a new category of beer, specifically a sub-category of the hazy IPA. Adding fruit adds to the silkiness of the beer and also creates a sweetness.

Style team member James Combs adds, “Rather than being adventurous, many beer drinkers faithfully stick with the tried-and-true beer that they love and know. With the Clermont Champions Lager, beer drinkers don’t have to deviate very far from their favorites. This beer, which contains less than 100 calories, comes with that familiar light color, like smell and light taste many are accustomed to. In other words, it’s perfect for anyone new to the craft beer scene.”

My drinking companions and I shared two flights, which included the Moonlight Chocolate Milk Stout. “It tastes like Guiness with a sprinkle of cocoa powder,” one says. The chocolate flavor cuts the bitterness that is present in some stouts. The Pineapple Sun Gods is also a favorite among non-beer drinkers. I can imagine drinking this next to the pool or on the beach; it’s perfect for a mid-day summer beverage.

The Stella Fuzz Strawberry, a Milkshake IPA, is perfect for those who enjoy sweeter, fruitier drinks, but the strawberry doesn’t overpower the beverage. James comments, “Who knew that pairing strawberries with lactose could make a creamy and tasty ‘milkshake’ brew? Guys, don’t let anyone question your manhood if you order the Stellar Fuzz IPA Milkshake. The traditional beer flavor overpowers the light taste of strawberries, so nobody is going to mistake this for a fruity wine cooler. Sip and enjoy. Your manliness will stay intact.” 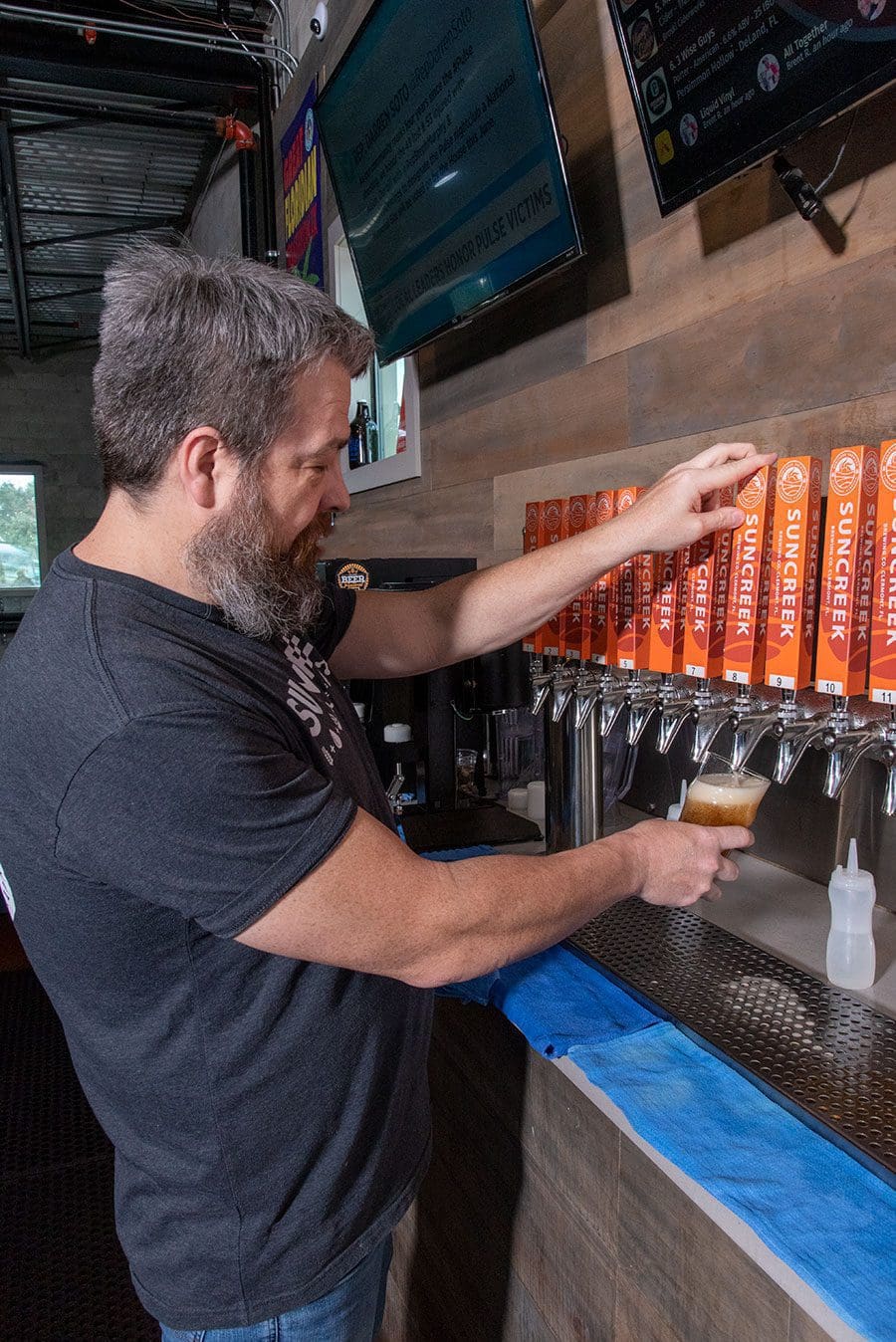 “We also sell hard seltzers and we make some mixed drinks with a sake base. There’s no local cideries that we can really buy from, but we try to stick with Florida-sourced ciders when we can,” Bill says. “Saki is considered by the federal government as beer and considered by the state as a wine. We’re not licensed for spirits here so it’s the only thing we can basically do that’s permitted with our license.”

Yearly, the brewery hosts Oktoberfest and St. Patty’s Day events, and the company currently is planning “Country-fest” for later this year. At Country-fest, Bill hopes to feature regional acts and up-and-coming country stars. The festival is still tentative due to COVID-19. Suncreek also participates in beer fests all around Central Florida.

If you’re playing designated driver for the day, you can take home crowlers of any Suncreek Brewery beer to enjoy later on. Enjoy happy hour from 3-6pm Monday through Thursday on the spacious outdoor patio. 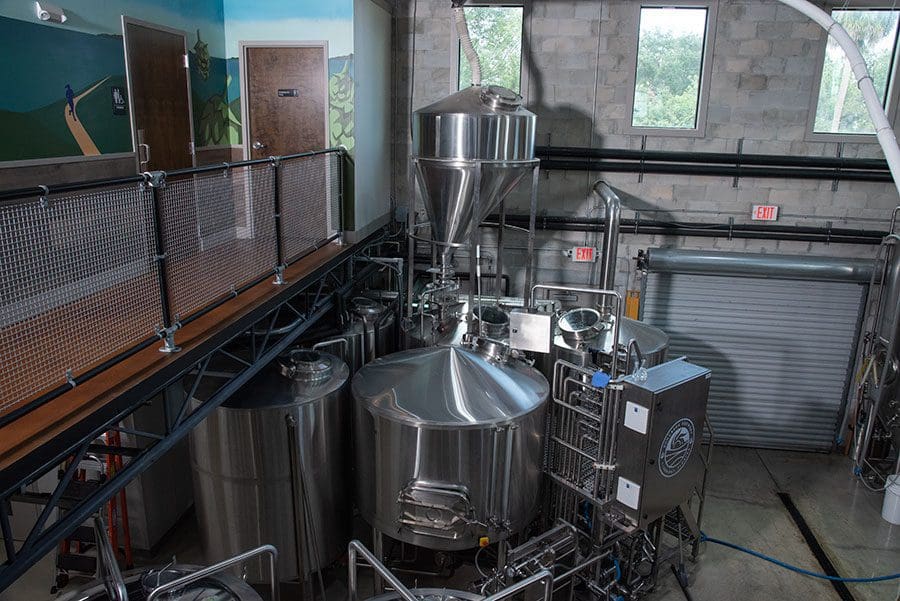