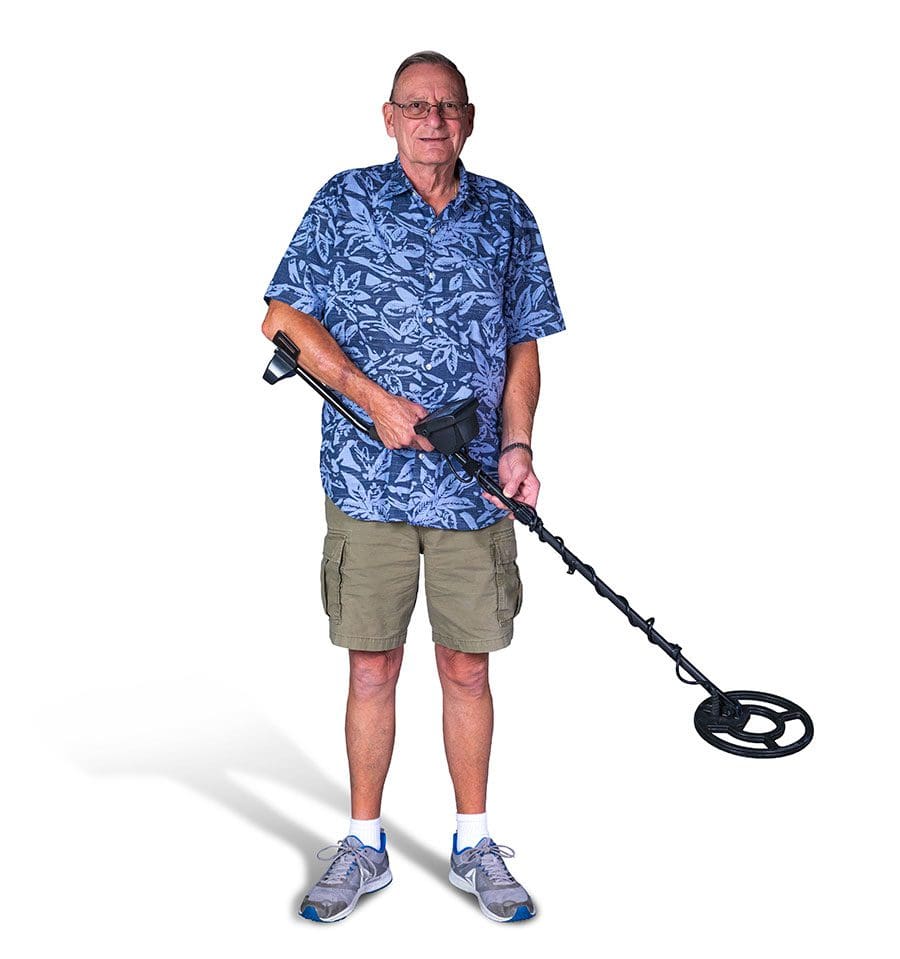 Members of The Villages Metal Detecting Club find pleasure in searching for treasure.

“One man’s loss is another man’s gain,” is a well-known saying that members of The Villages Metal Detecting Club may take more seriously than most.

Just ask club founder and president Larry Miller, who has enjoyed a fun and lucrative 35-40 years of the hobby.

Larry has found rings and other things for people who’ve asked him to search for their lost valuables. He’s also discovered loads of items while probing an area for fun.

“People drop all kinds of things; jewelry, toys, money… but it’s just the history of what you find. I often think, ‘There’s no reason for this to be here,’ because it’s amazing what’s out there in the middle of a field or buried somewhere out in a park or something,” Larry says. “You just wonder how it got there, who it belonged to and how and why they lost it.” 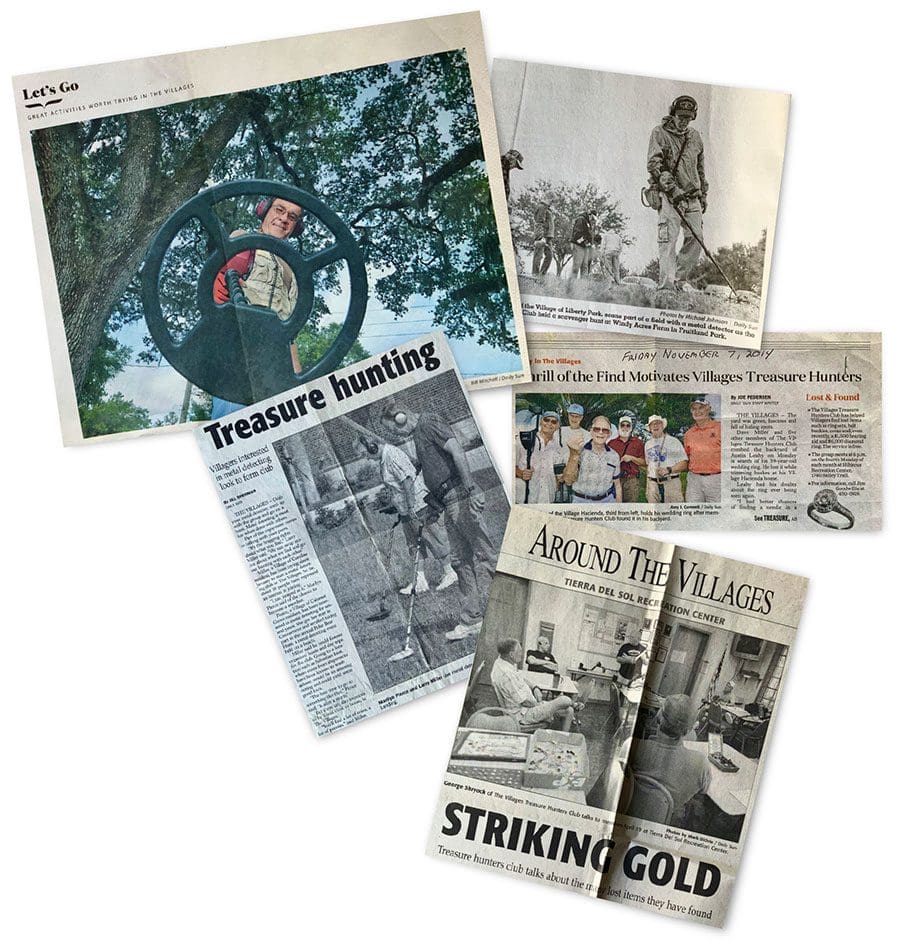 Larry, a snowbird from Wisconsin, says he started the club in 2006 after moving to The Villages part time. “There wasn’t a club for that, so I started one,” he says.

He says metal detecting is something anyone can do.

“I read a few books on it, bought a metal detector and here I am light years later,” Larry says. 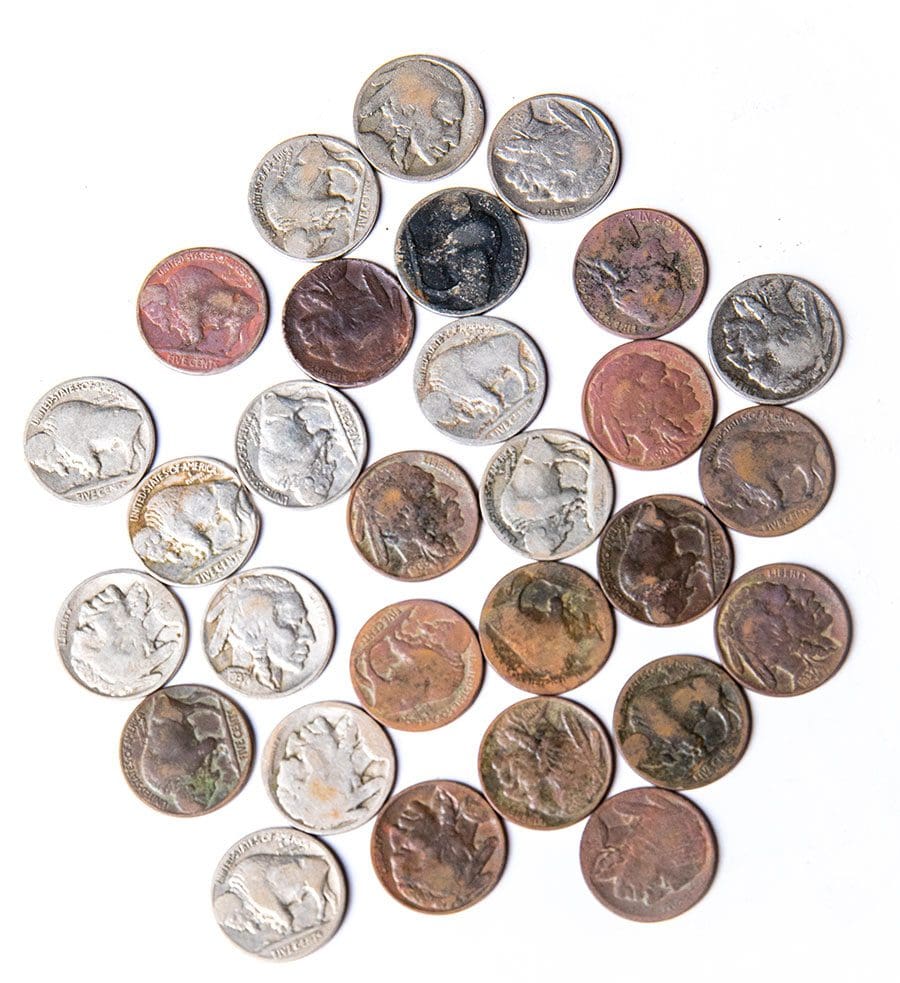 The club’s purpose is “to get people interested in metal detecting, whether it is looking for treasure on the beaches or hunting for relics at many sites in our state.”

After 14 years, the club has 50-60 members who routinely met –pre-coronavirus shutdowns–at 7pm on the fourth Monday of every month at the Hibiscus Recreation Center’s Jasmine Room.

Each November, members also participated in a huge scavenger hunt that provided fun and entertainment, plus served as a skill sharpening exercise. Leaders would hide hundreds of trinkets, coins and numbered discs that could be traded in for prizes. This year, the event was canceled, but that hasn’t stopped members from going on adventures of their own. 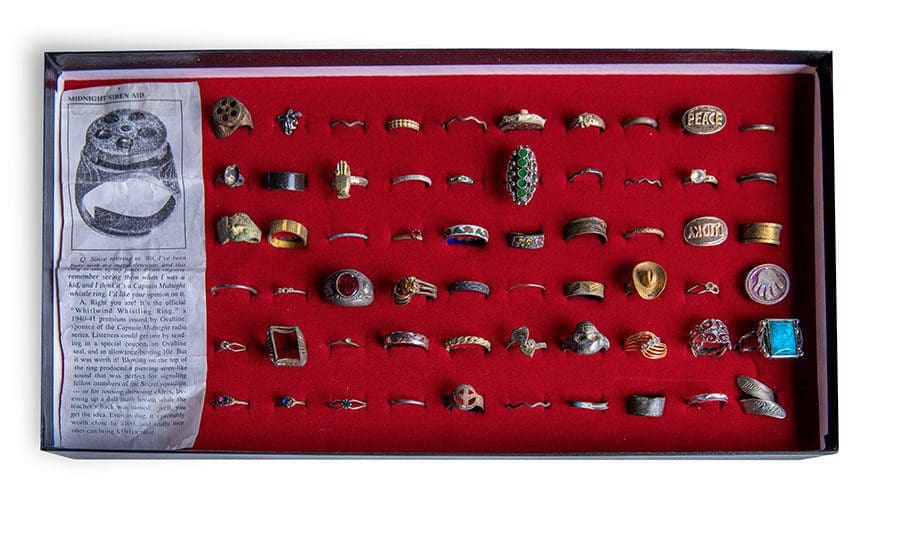 “It’s kind of a fun hobby,” says Dennis Evans, the club’s immediate past president, who with his wife Katie relish the excitement of their finds.

“I have had a metal detector probably for 20 years and my wife enjoys it too. We used to do some beachcombing and it was nice to find a club that had a bunch of people that like it and knew what they were doing,” Dennis says, adding that he’s found worthless things like pop-top tabs and tent stakes and pretty cool things, like wine stoppers, rings and other small pieces of jewelry.

He says he’s never found anything particularly high in value but knows people who have. 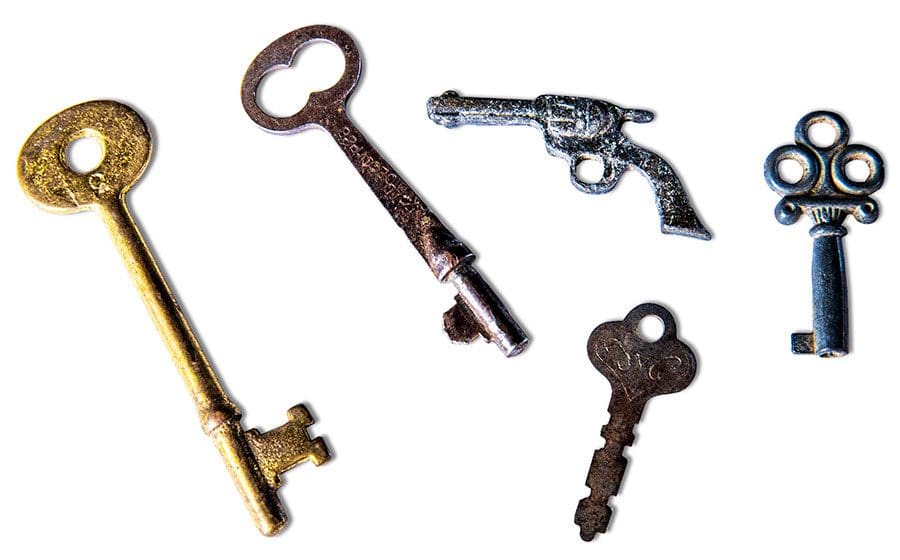 Larry is one of them, but it’s his wife Veryl who mostly benefits from it, he says with a chuckle. “She just takes all the gold rings and stuff like that I find.”

Larry says he once found a tennis bracelet worth about $400-500. Veryl still has it.

“Over the years, I’ve found an enormous amount of stuff, from   miscellaneous chunks of gold and silver to gold rings and other trinkets. Once I found an old rusted pistol in the backyard of a house I lived at in Wisconsin, and I’ve been able to return about a half dozen high school class rings to their owners,” says Larry.

About three years ago, Larry gathered a bunch of finds he’d stored in their garage and sold them; garnering about $5,000. 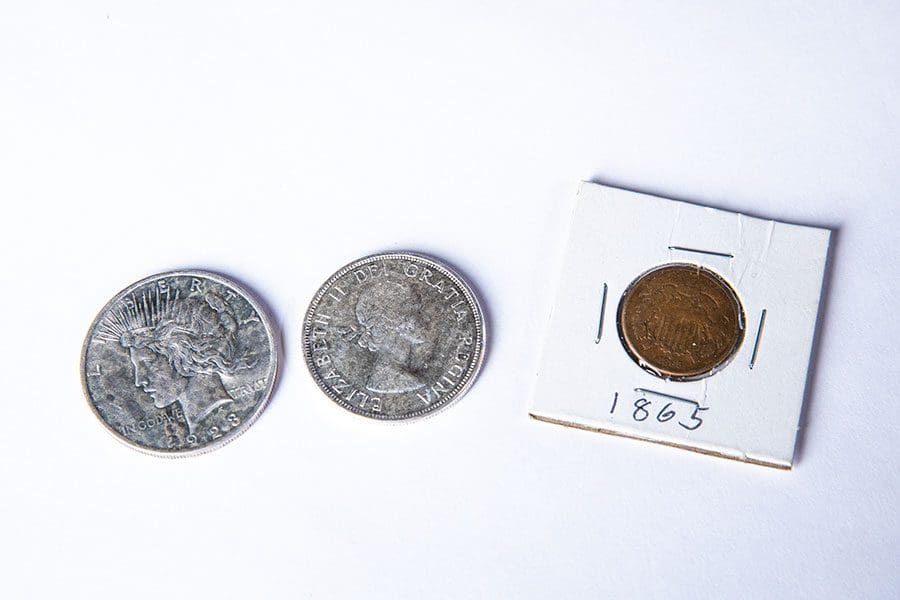 “We took a couple of nice trips with that money,” Larry says.

Larry says there are tricks to the hobby.

“The key is first learning how to use your metal detector; reading the manual,” Larry says. “The hardest part is that people get into this with the mindset that they’re gonna find a fortune and get frustrated, but you have to have patience.”

Plus, he says there’s an art to retrieving treasures. He suggests checking with local authorities regarding dos and don’ts. 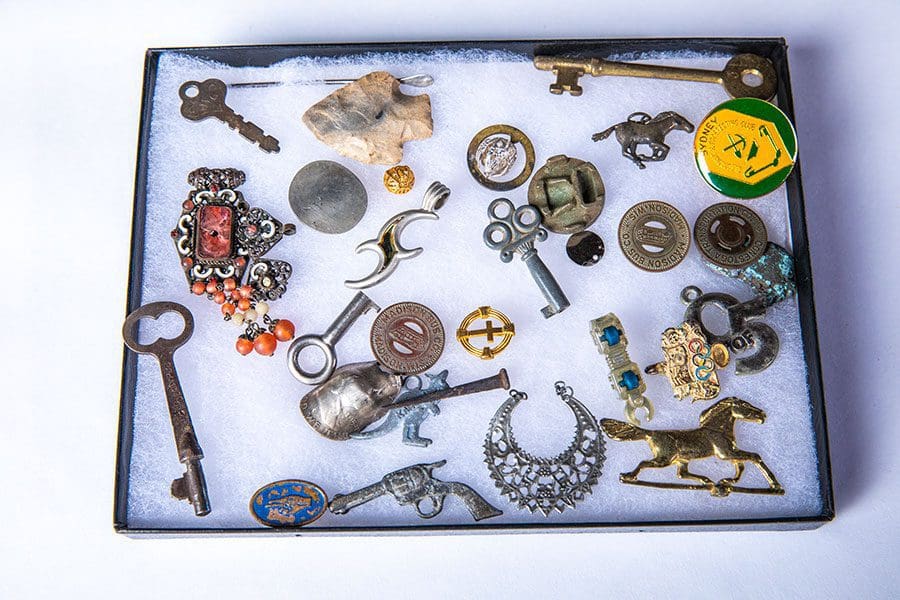 “You have to learn how to retrieve items from the ground without making a big mess because it upsets the parks. You don’t have to dig huge holes,” Larry says. “You also have to be careful about rules, so when in doubt, ask.”

He says there are precise rules regarding finding coins, and in The Villages people can metal detect at parks but not downtown.

A ‘Lost and Found’ tab on the club’s website gives members a bulletin board for posting finds in hopes of reuniting lost items with their rightful owners.

“Most people are good about following all the rules, but about 10 percent of people don’t listen and they ruin it for the other 90 percent,” Larry says.