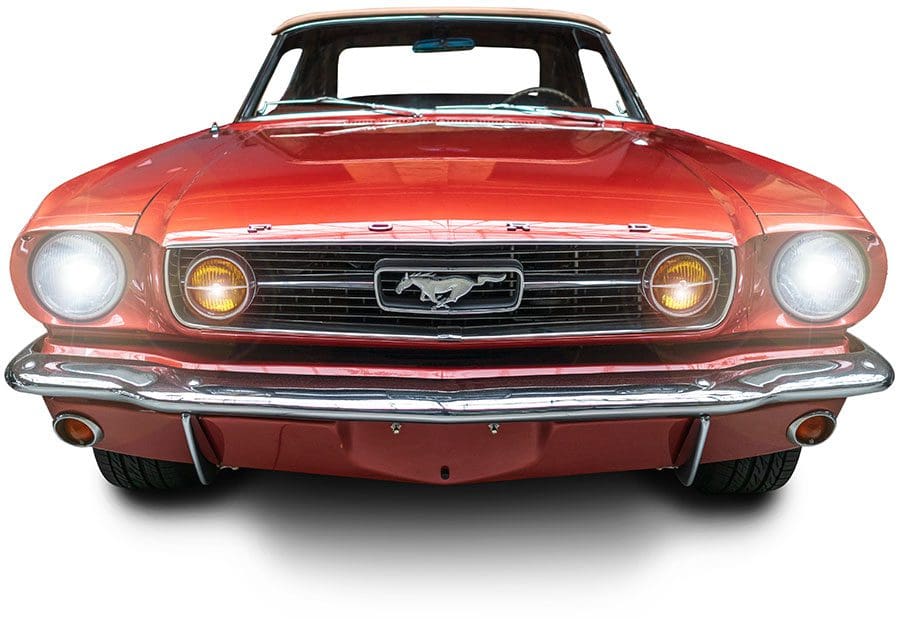 The Ford Mustang went on sale to the public on April 17, 1964 and was officially introduced the following week at the World’s Fair in New York City.

Gary Jones of The Villages happened to be at the fair that day. He was instantly smitten.

“From that day on, I had always wanted a Mustang,” he says.

That dream came true in 2014 for Gary and his wife Janine when the couple purchased a ruby red convertible at Ford of Clermont.

Now they are helping rev up excitement for others who enjoy these tire-smoking machines.

Gary and Janine are members of The Villages Mustang Club, a group of like-minded people who marvel at the iconic muscle car’s awesome design and amazing performance. The club, formed in 2007, has 300 members whose vehicles run the gamut from fully restored 1964 models to newer Shelby Mustangs and everything in-between.

“We have every decade represented,” Gary says. “Some of our members even own two Mustangs. They use one to drive around and use the other one strictly for shows.”

Gary and Janine are tasked with organizing monthly backroad cruises that take members to Central Florida restaurants and attractions.

“We’ll read a restaurant’s reviews, find out where it’s located and make sure we can find a backroad to get to it,” Gary says. “We don’t travel on highways or interstates. We’ve had as many as 73 club members participate in one of our backroad cruises.”

After eating at a restaurant, they visit a nearby attraction. In the past, club members have explored the depths of Silver Springs aboard a glass-bottom boat, seen elephants up-close and personal at Two Tails Ranch in Williston and devoured pancakes inside the Old Spanish Sugar Mill at De Leon Springs State Park in Deland. 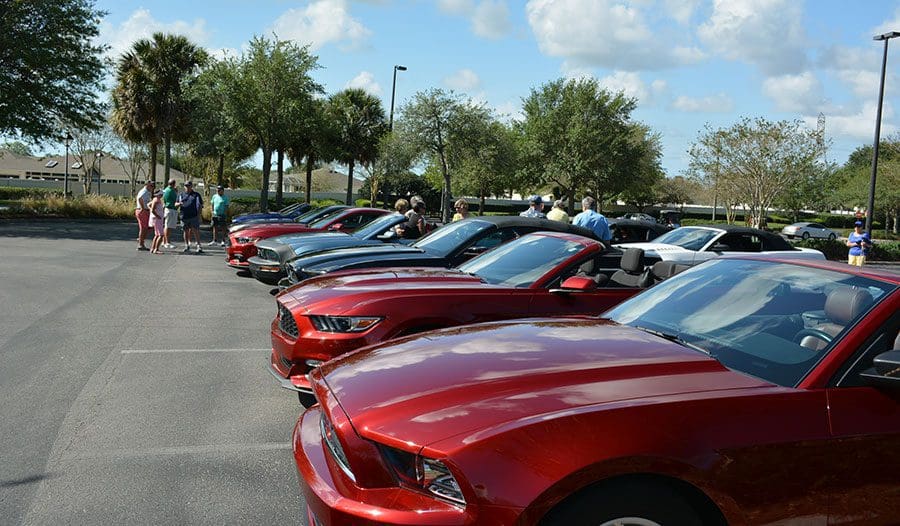 Of course, they’ve also had some adrenaline-filled adventures. Last October, members traveled more than 600 miles one way to drive the famed Tail of the Dragon, an aptly named winding Smoky Mountains road that has 318 curves in 11 miles. Every two years, they travel to Daytona International Speedway and run three parade laps around the track.

“We’re fortunate that we get to do fun things together,” says Joe Raviele, who serves as club president. “The best thing about our club is the camaraderie. It’s a very welcoming group of wonderful people who share a common interest.”

In addition to fun activities, Joe wants the club to become active in charitable endeavors. Several months ago, he was contacted by a woman whose husband has dementia and lives in a memory-care center in The Villages. The patient is a former Mustang owner, and his wife requested that several members drive their vehicles to the facility.

The club formed a 56-car parade and completed three laps around The Villages Regional Hospital to honor hospital workers’ sacrifice during the coronavirus pandemic. Then, they drove to the memory-care center.

“We got out of our cars and went up to the window to wave to the man,” Joe says. “We made him an honorary member. He was very appreciative.” 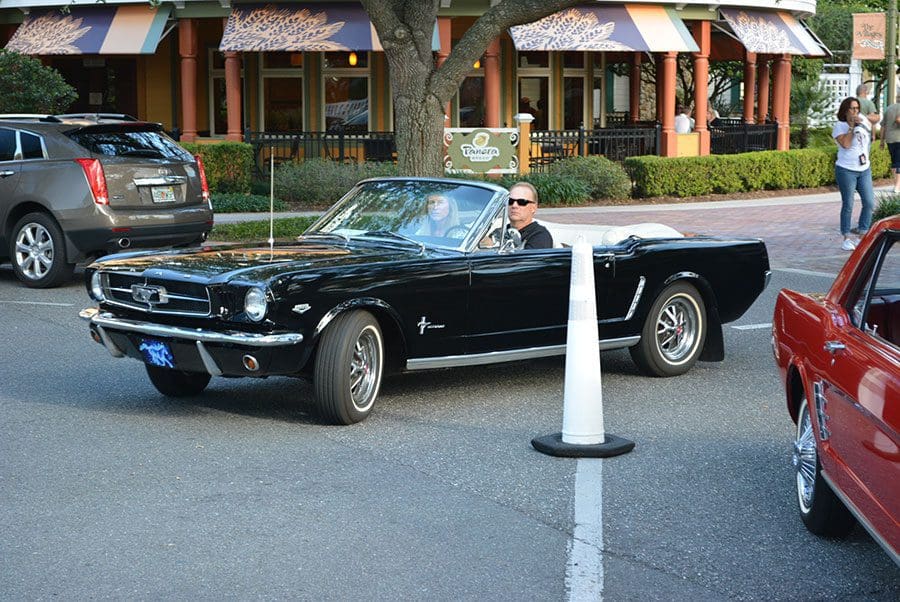 In the future, Joe hopes to organize a cross-country drive that begins in San Diego and ends at the Mustang Owner’s Museum in Concord, North Carolina. Along the way, they’ll stop at food banks and donate time and money. He plans to ask executives at Ford to sponsor the ride.

“Hunger in this country is a major issue,” Joe says. “I think doing a cross-country trip would be wonderful because we could bring in press at each city or town we stop at, and that would help drive up donations. We could also invite local Mustang clubs to assist us.”

Until then, Joe will continue enjoying his yellow 2017 Mustang GT convertible rated at 435 horsepower.

“It looks great and handles like a dream,” Joe says.

And that’s why, after 56 years of production, there remains legions of loyal Mustang fans.

Meetings are held on the first Friday of each month at Eisenhower Recreation Center.