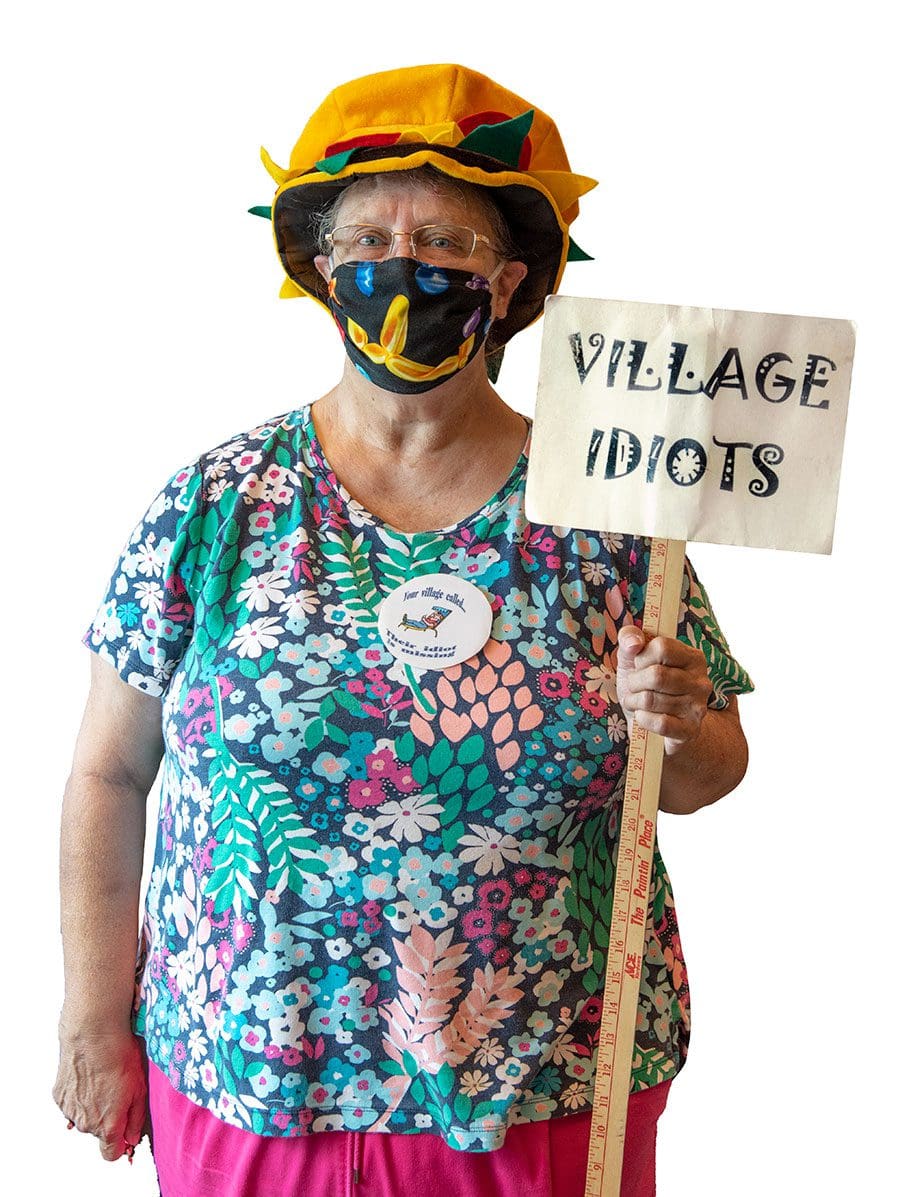 Never judge a club by its name; you may miss out on all the fun.

Whether your passion is anything and everything Disney or laughing out loud, there is a club for you in The Villages.

One would make you a Goofy Villager and the other, a Village Idiot.

Your choice, but either way, you’ll find yourself in good, and plentiful company.

“The name fits. We are goofy folks. We like fun and get-togethers,” says Rich Leopold, a Villager who formed The Goofy Villagers, a club catered to Disney lovers. 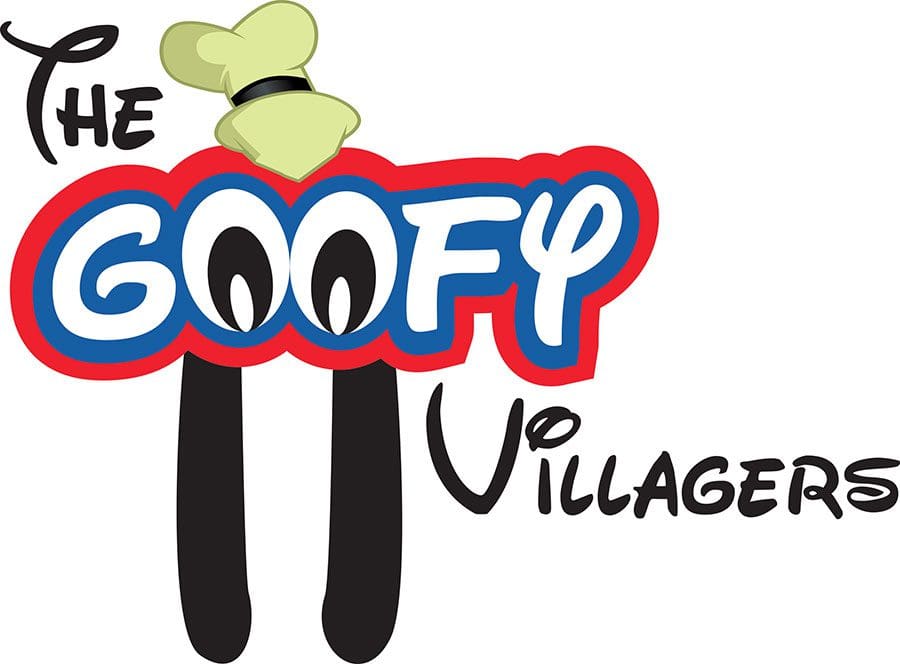 It all started in 2016 when Rich, a longtime Disney lover, aficionado and collector, moved to The Villages. He started looking at all the club possibilities and was thrilled when he found The Mickey’s Fanatics Club, only to learn that the membership was at capacity and the waiting list a mile long.

Rich didn’t fret. Instead, he started his own club, The Goofy Villagers, and in three weeks topped out at 500 members.

Jeff and wife Anni Albert, originally from Southern California and both longtime Disney lovers, joined right up. Jeff, now a board member, says Anni even worked at Disneyland in Anaheim for several summers while in high school and she recalls a time when admission to the park was just $8. 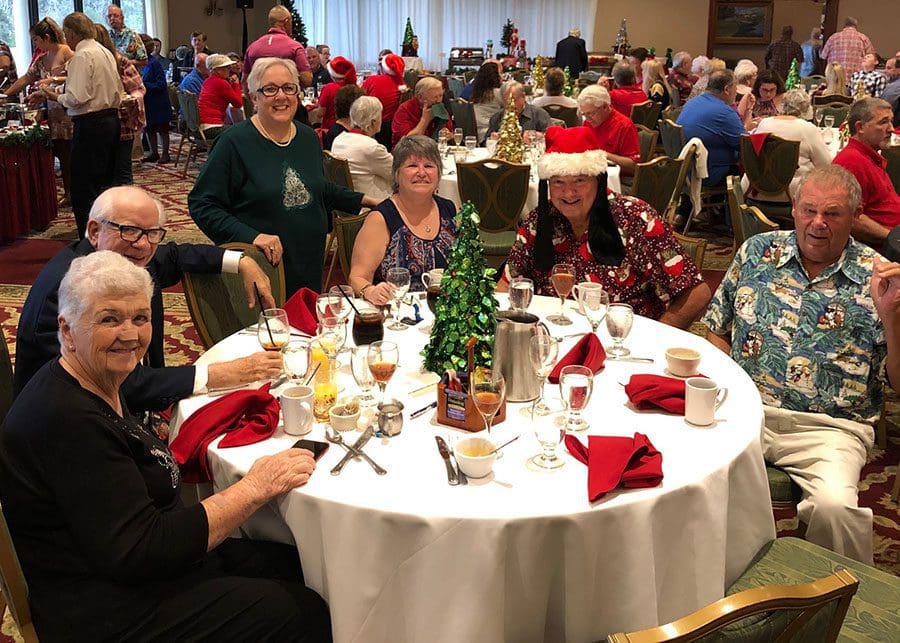 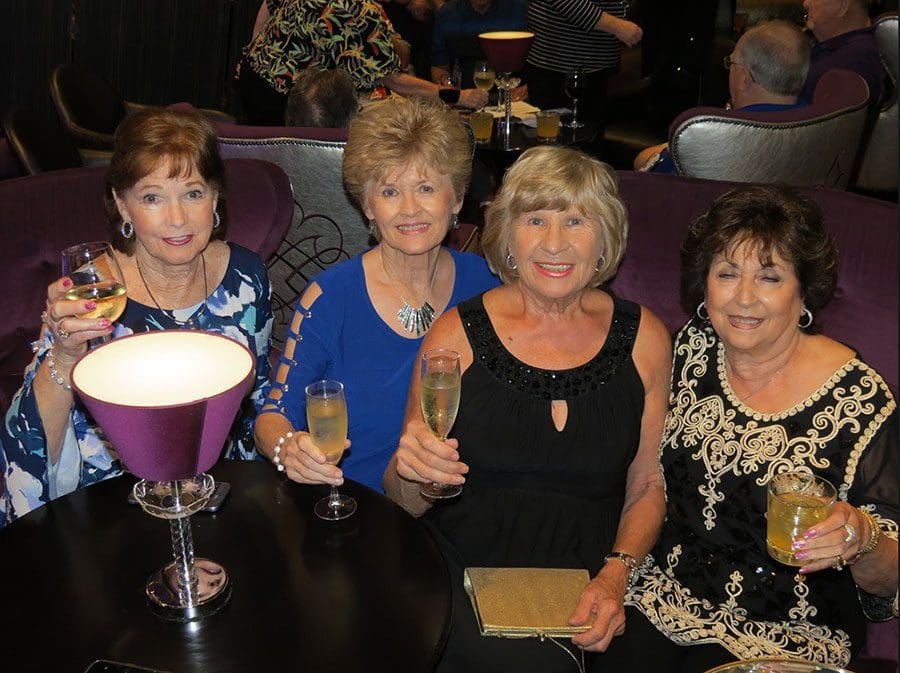 Jeff says they both love being Goofy Villagers and have made many friends through it.

“There are a lot of Disney fans in The Villages, and it’s kind of nice because we know a lot of members really well now,” Jeff says.

According to Rich, most Goofy Villagers have annual passes to Disney and they often visit the park or go on cruises in groups.

Pre-pandemic, members met at 6pm the first Monday of every month at the Rohan Recreation Center for meetings, dinner and Disney-related entertainment. Guests have included Disney cast members and employees, the Main Street Barbershop Quartet, Scooter the DJ, and the man behind the hidden Mickeys scattered throughout the parks. Monthly meetings are postponed until further notice due to COVID concerns.

There is also a monthly newsletter and Goofy Villagers Facebook page that lets people know what’s going on at Disney. The Facebook page also features a dose of laughter via its Disney-related Joke of the Day.

The club hosts a number of parties each year, including Christmas gatherings in which many members dress up like Disney characters. Additionally, some club members get together the third Monday of each month to play golf.

“The 10-year-olds would be jealous of some of the outfits we wear. But overall, it’s fun way to meet other people. It’s just a great way to keep us old folks going,” Rich says, adding that members, including himself, cannot wait until things return to normal to meet again.

Information about The Goofy Villagers can be found at thegoofyvillagers.com or on Facebook. 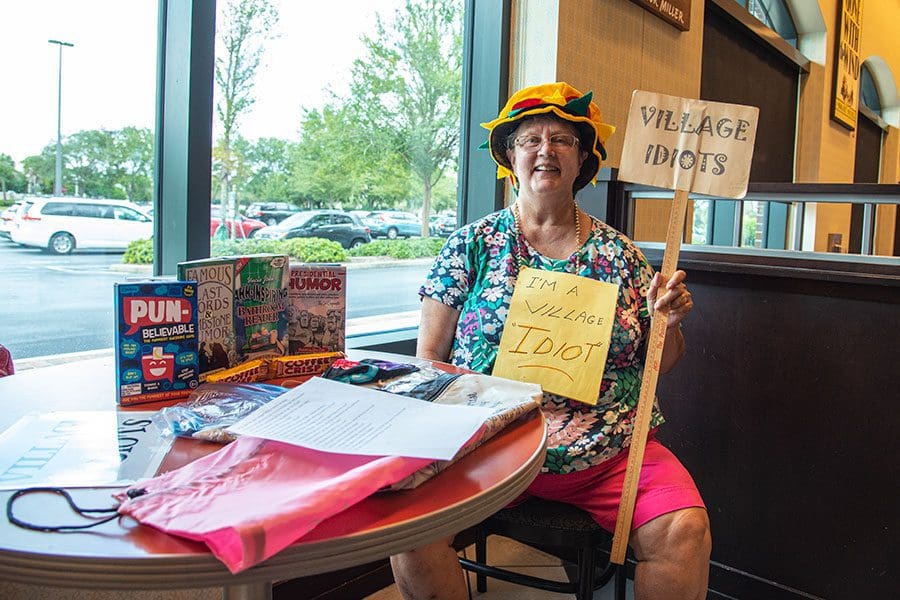 If laughing is your thing, you may want to consider becoming a Village Idiot.

Members, before pandemic-related shutdowns, were meeting at 10am the first Wednesday of every month at Barnes and Noble for coffee and breakfast, and to solve riddles, talk and tell jokes.

Susan Blalock, who runs the club, says sometimes people come in their pajamas or wear silly hats, but the idea is simple: “We just enjoy one another and try to get in as many laughs together as we can.”

The Village Idiots club has been around for at least 13 years. Susan took charge of activities about one year ago when the previous director died and left her with loads of books filled with jokes, riddles and quizzes.

She also collects odds and ends, goodies and chachkas; anything that might resemble a small silly prize for the club members who solve the morning’s riddle or quiz on meeting day. 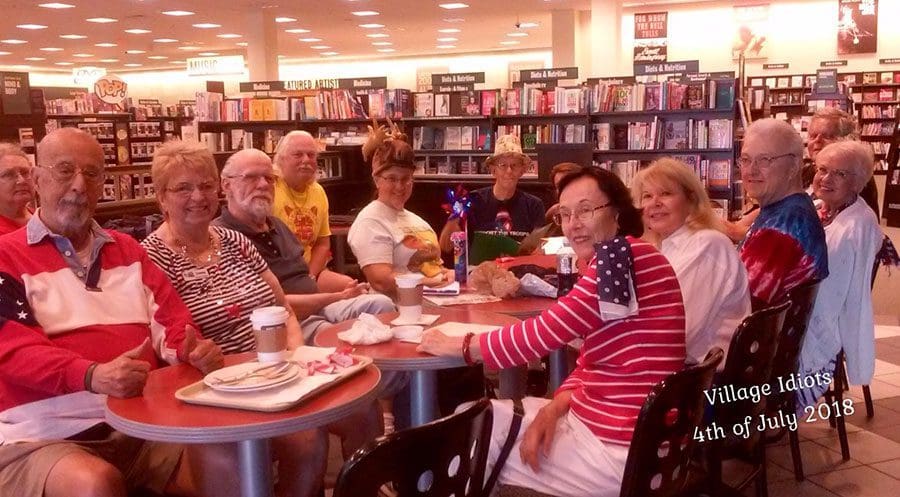 “Whenever I see or get something that I don’t know quite what to do with, it goes in my prize pile,” Susan says.

Hal Blalock, a member of the club even before his wife took it over, says he looks forward to meeting each month.

“We have a lot of regulars, but we are always looking for new people to come join us and they are always welcome. It’s just a time for fun. Everyone can use a good giggle,” Hal says.

Susan says anyone interested in joking around with good company should give the club a try when they are able to meet again.

“I think we all have fun and that’s what’s important,” Susan says.

There is no formal website or social media source for updates or announcements, but The Villages Recreation News usually carries a blurb about upcoming meetings for the Village Idiots.