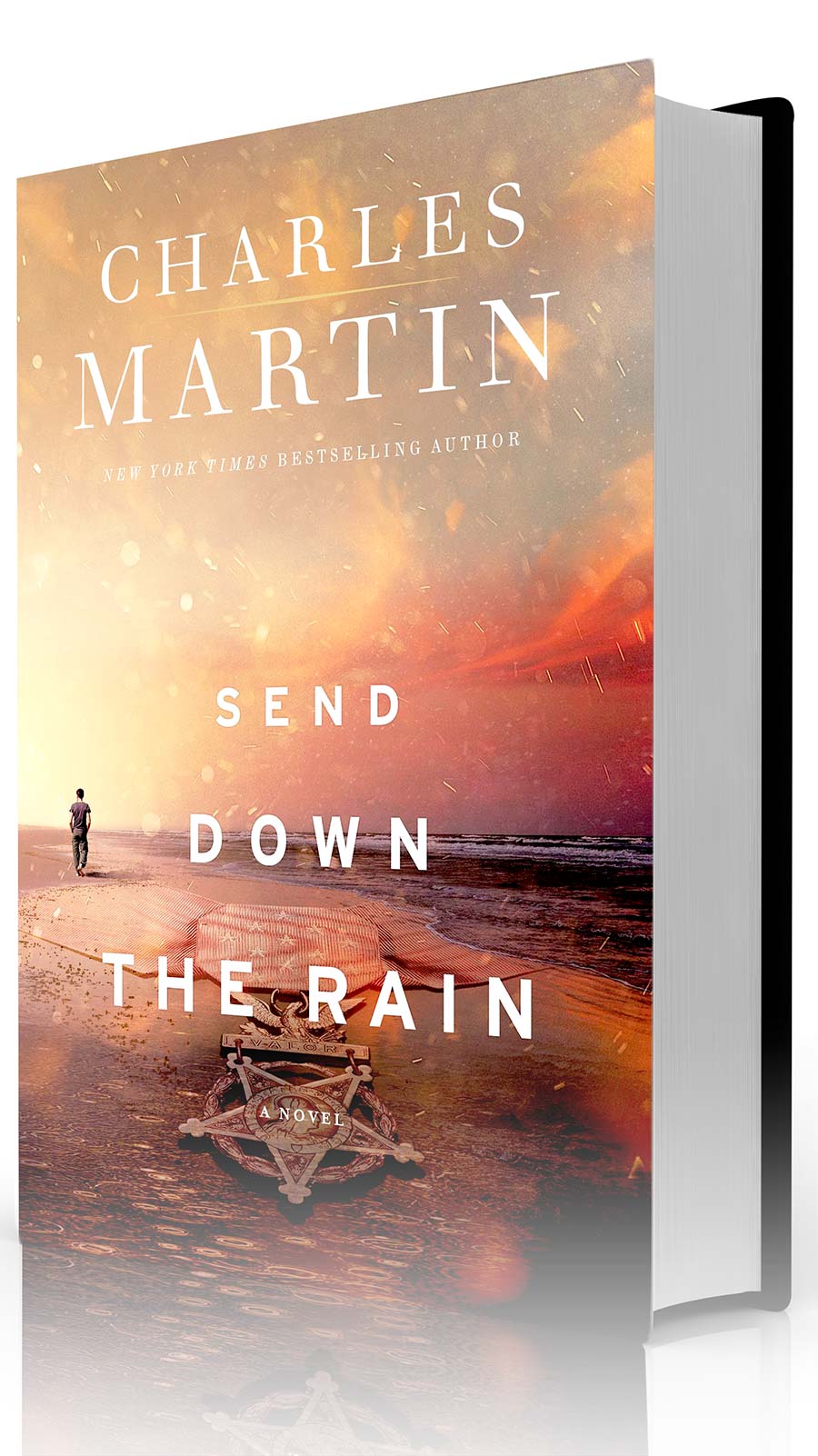 By Charles Martin. The love story about a Vietnam veteran and his childhood sweetheart carries readers on a journey from Southeast Asia to the Florida Panhandle.

Post-traumatic stress disorder is a complicated illness that many people don’t understand. “Send Down the Rain” is a novel that certainly wasn’t intended to be a treatise about PTSD, but readers can’t help but empathize with Joseph, the main character and narrator.

He lived in seclusion for much of his adult life in a North Carolina cabin. The military had trained him well to live in the shadows, slipping in and out of places without being seen and efficiently disposing of bad guys.

A series of page-turning events bring Joseph back to the Florida Panhandle, where he grew up and where the love of his life still lives. Joseph and Allie had been childhood sweethearts until he went to Vietnam and she married, first his older brother and later a trucker who had his own secrets. The book traces a 45-year love story between Allie and Joseph, and just when it appears they finally will get together, an unexpected bombshell is dropped and sends Joseph back into a self-imposed exile.

Author Charles Martin masterfully weaves many themes throughout the book: love and sacrifice, family bonds, trauma and vulnerability, and compassion for humanity. Martin’s descriptions of the lives of migrant workers in the book are reminiscent of Florida’s beloved novelist Patrick D. Smith.

The book takes readers on a journey that spans the muddy battlefields of Vietnam, the mountains of North Carolina, the migrant worker routes of South Florida, and the idyllic shores of Cape San Blas. At the story’s center lies the question: What does it mean—and what level of sacrifice does it take—to truly love someone?

The only complaint I have about “Send Down the Rain” is that the many coincidental events sometimes seemed unrealistic. But the book is fiction after all, so those far-fetched events were needed to bring about a happy ending.

Charles Martin has written 13 novels, including the New York Times bestsellers “Where the River Ends” and “The Mountain Between Us.” He earned his B.A. in English from Florida State University and an M.A. in journalism and a Ph.D. in communication from Regent University. He and his wife, Christy, live near the St. Johns River in Jacksonville with their three boys. Find more at charlesmartinbooks.com.