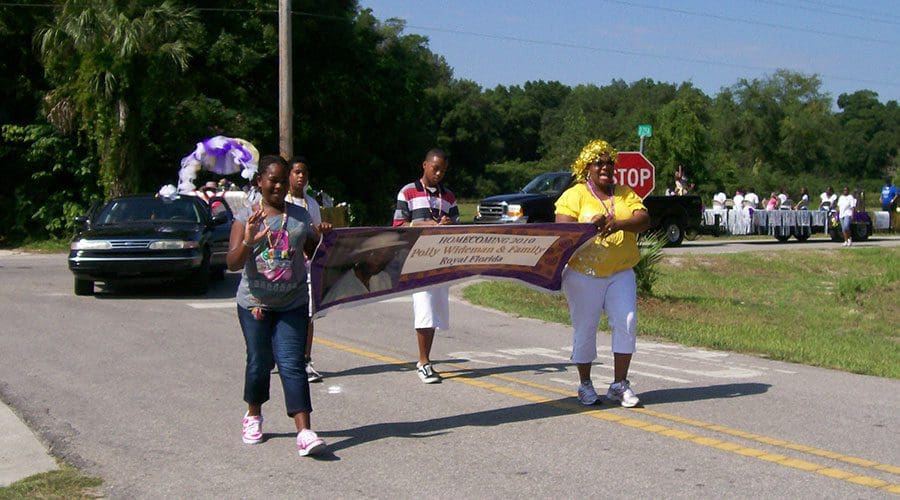 A royal celebration in the Royal community. // Provided photos

That is certainly true for Lorenzo Brooks, who has called one place home for 71 years. Home for him is Royal, one of Florida’s oldest black communities. Hidden in Sumter County a few miles from the gargantuan retirement community known as The Villages, Royal is a quiet place where the rich history and pride of the African American experience comes to life.

Lorenzo has many fond memories.

“It was so much fun to grow up here,” says Lorenzo, who now serves as deacon of Second Bethel Baptist Church in Royal. “As a kid, I would go from Sunday school to fishing to climbing trees. And everyone was close. We were a community raising a community.”

The community (it’s not a city or township) was first inhabited before the Civil War by the children of African tribal kings and queens who escaped the slave auction block and lived freely. After slavery was abolished in 1865, the federal government provided freed slaves with 40 acres and an old mule to begin their lives. Many former slaves from the Old Green Plantation near the Withlacoochee River moved to Royal, which was originally named Picketsville for the white picket fences marking the 40-acre homesteads. In the late 1880s, the name was changed to Royal so future generations would know that the first black residents in the community were African royalty.

Royal became an agricultural community where founding families harvested tobacco, cotton and sugar cane. They built log cabin homes and dug wells for water. Unlike many African American communities throughout rural Florida, the occupants of Royal kept their land.

Today, it is home to approximately 1,500 descendants of slaves.

One of those descendants is Beverly Steele. As a child, she attended Royal Elementary, a 10-room, segregated school for students in first through eighth grade. She’ll never forget a question that principal Alonzo A. Young Sr. repeatedly posed to students.

Those words stuck with Beverly even after she graduated from Florida A&M University and enjoyed lucrative careers while living in New York City, Chicago and Los Angeles. So, in 1992, she left the bright lights of the city and returned home to tiny Royal. 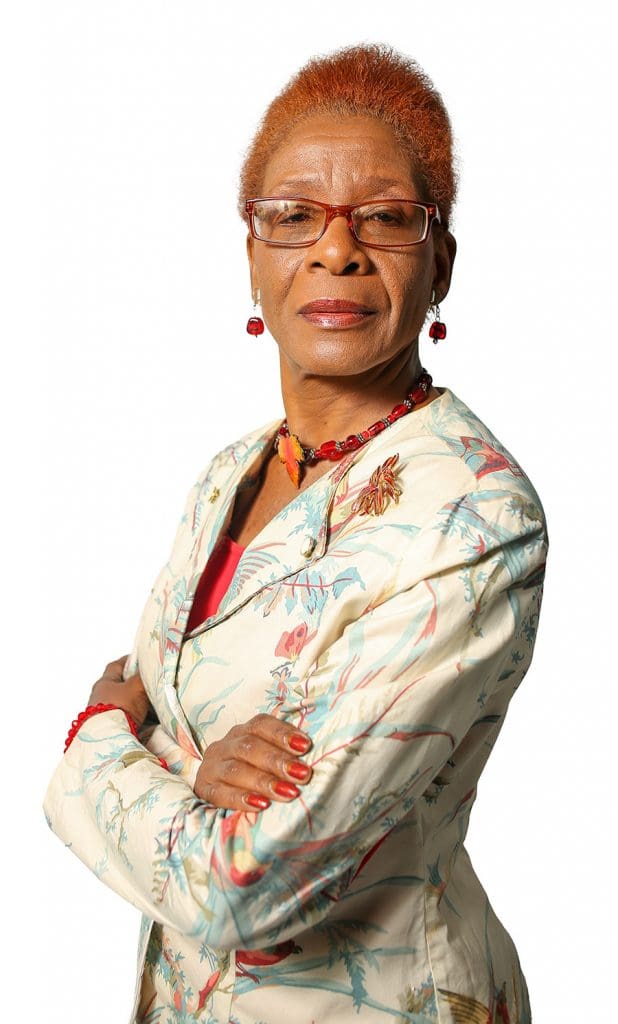 “God was pulling on my heartstring to come back,” she says.

After returning home, she grew concerned that much of Royal’s history was becoming lost. Countless hours of research helped her unearth some of the community’s overlooked past, including the discovery of a one-acre cemetery for slaves.

Beverly set out on a journey to preserve Royal’s past. She formed the Royal Historical Enrichment in Art Program (RHEAP) for local schoolchildren to participate in during spring break and summer vacations. Art projects, such as building a model of a 19th-century Cracker house where their ancestors lived, give kids a better understanding of their heritage. She also began giving tours of Royal and authored a book titled “‘Hello, Somebody!’: Beverly Steele’s 40 Acres & A Mule Stories. Her people kept the land!”

Now, she is trying to get Royal listed on the National Register of Historic Places. Helping her in that endeavor is Edward Gonzalez-Tennant and his wife, Diana, owners of Digital Heritage Interactive in Orlando. The couple, who have worked as historic consultants in other rural African American communities throughout Florida, spent eight months in Royal identifying historical structures. They detailed their findings in a lengthy report sent to the Florida Department of Historic Preservation.

One of the most interesting structures they found is a tobacco barn made of concrete block. In the 1800s, tobacco hung in barns over an intermittent fire to produce a tobacco low in sugar and high in nicotine. They also discovered shed-like structures covering large copper pots where sugar cane was boiled. In Florida, sugar was king long before citrus and cattle.

“The practice of boiling sugar cane was started in the late 1800s and persisted into the early 21st century,” says Edward, who is also a researcher and lecturer for the University of Central Florida’s Department of Anthropology. “Some residents of Royal were still doing it as recently as 10 years ago. Royal is a small-scale agricultural community where many of those practices persisted much longer than they did around other black communities in Florida.”

Edward is familiar with some of those other black communities. He did a research project on Angola, a prosperous community of escaped slaves that Florida’s military governor and future U.S. president Andrew Jackson burned to the ground in 1821 because he felt it was a territory of “runaway negroes.” Edward authored a book on another black community, Rosewood, which was destroyed during a racially motivated massacre in 1923.

“What’s unique about Royal is that it was one of the few African American communities to survive into the 21st century,” Edward says. “Some were destroyed, and others fell prey to migration. Royal was fortunate that no infrastructures like the railroad ever reached it. And as a result, descendants of the initial black settlers now live on their ancestors’ properties. That’s pretty amazing.” 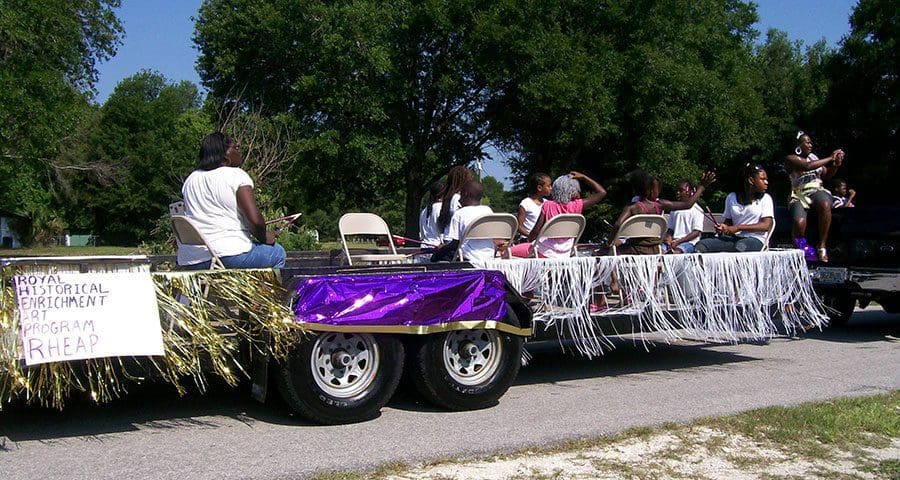 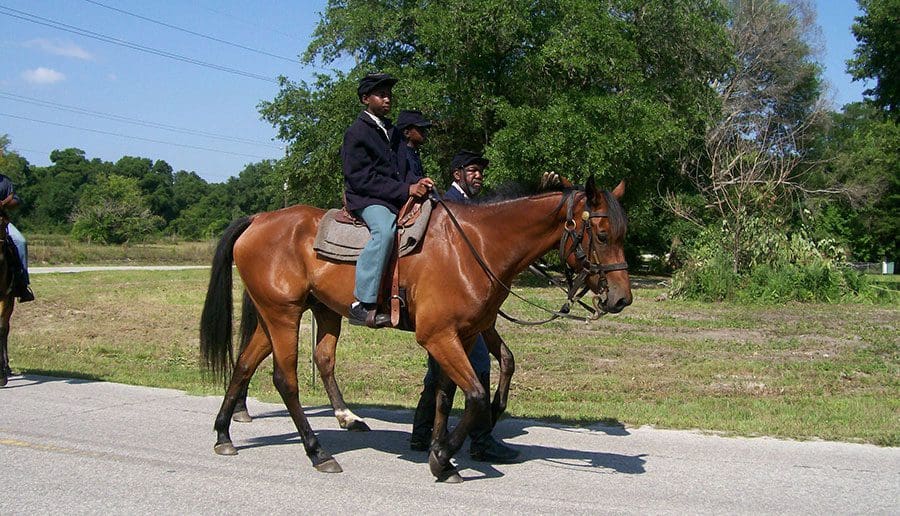 Beverly Johnson, 65, has resided in Royal her entire life. She is caretaker for her mother, Annie Johnson, 94, who also lives there.

Beverly likens Royal to the popular show “Little House on the Prairie.” Much like the fictional town of Walnut Grove, Royal is a place with a deep sense of community where people worked hard by hand, shared with one another and maintained a strong faith.

“We went to church, ate dinner with each other and cared for one another,” Beverly says. “When my mom was pregnant, neighbors came over to wash clothes for her and clean our house. The support system you feel out here is amazing.”

“Racial tension definitely existed,” Beverly recalls. “If a fight broke out at school, people would come out to Royal and start shooting. So, the tension spilled over to here.”

Gloria Brooks is another lifelong Royal resident and retired school bus driver of 30 years. She never went hungry as a child. Her father taught her how to skin hogs and make cornbread. While she attended Royal Elementary, her mother worked in the lunchroom and became known for her tasty cinnamon buns.

“The kids would be out on the playground and get a whiff of her cinnamon buns,” Gloria says. “We’d get excited because they tasted so wonderful. Everyone would eat lunch that day.”

When Second Bethel Baptist burned in the late 1960s, the community came together.

“We’d have frequent barbecue gatherings and would sell pies and peanuts to raise money so we could build the church back,” Gloria says.

Today, services continue to be held in both churches.

Residents congregate at two main buildings: the Royal Community Building, which formerly was the school, and the Alonzo A. Young Sr. Enrichment and Historical Center, a renovated building that once served as the school’s cafeteria.

The community’s rich heritage is preserved inside the latter. Walls are covered by paintings done by Beverly Steele’s art students and professional artists that depict life in Royal. Inside another room are donated artifacts such as farming equipment. That’s also the building where the monthly Seniors and Elders Royal Historical Enrichment Program is held. People of all races are invited. 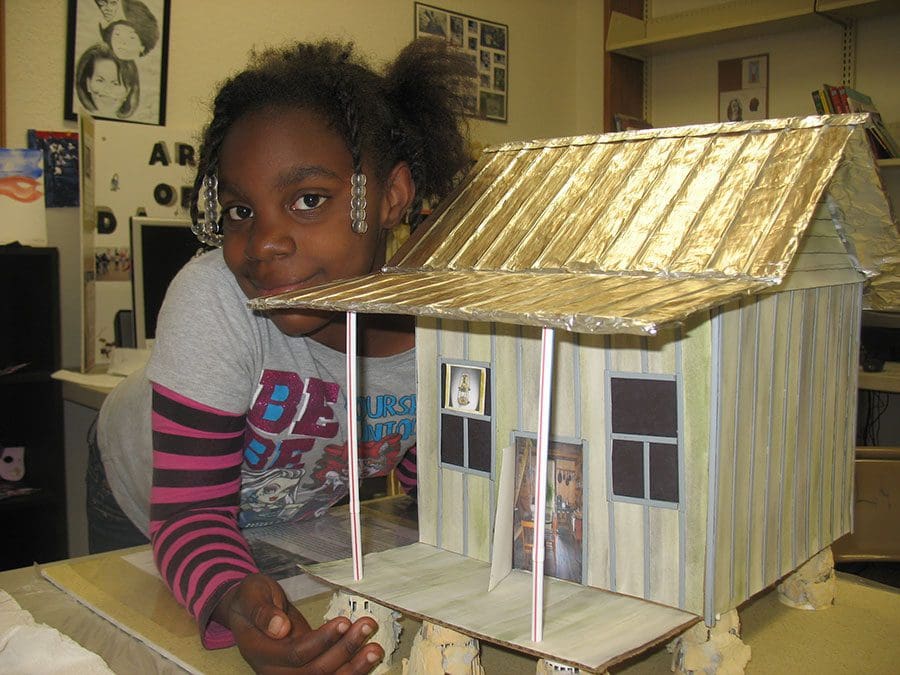 “I’m not from Royal, but I come to the program every month because there’s a sense of caring and loving here,” says Wildwood resident Kathryn Goodyear, a retired teacher of 25 years who is white. “They don’t look at me as white; I’m just Kathryn. I feel very welcome.”

In addition to monthly gatherings, residents enjoy fellowship through community events such as a Martin Luther King Day parade in January, a holiday open house in December and the Perlo Rice Fall Festival in October. The largest event is the Royal Homecoming in June. That’s when former Royal residents come back to the community for laughter, hugs and memories. The three-day event is highlighted by a parade and fish fry.

“While some people left Royal, they’ve never forgotten their roots,” Beverly Steele says. “It’s great to see them come back and reunite with their family and friends.”

But for lifelong residents like Beverly Johnson, leaving Royal is not an option.

“I wouldn’t want to live anywhere else,” she says. “This is home, and I love it.”

If you would like to learn more about Royal’s fascinating history, consider taking the 40 Acres and a Mule tour, which lasts 1.5 hours. For more information, call 352.748.0260 or email youngartists@aol.com.