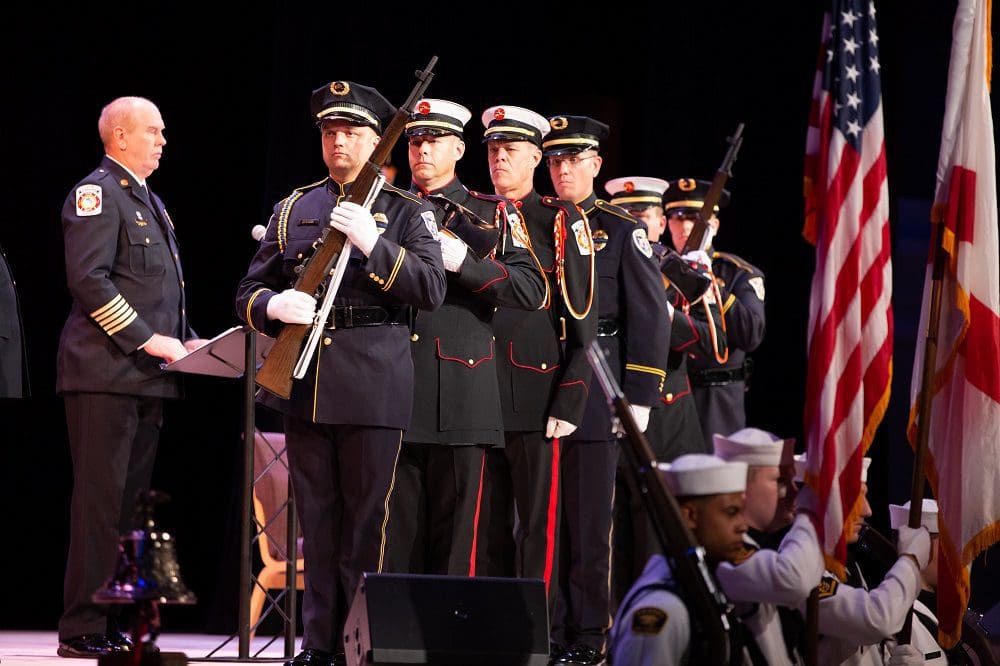 The brave men and women who gave their lives Sept. 11, 2001, are not forgotten in Lake County. Several communities conduct ceremonies to honor the fallen heroes of that day’s terrorist attacks.

“We must never forget all of our fallen heroes—and the first responders who are still suffering today,” the mayor says in the release. “We must always stand firm against those who wish to do us harm.”

The Clermont fire and police departments’ honor guards will participate, as well as the Clermont battalion of the U.S. Naval Sea Cadets Corps. Community participants include the Knights of Columbus and the Pipes and Drums of the Orange County Sheriff’s Office.

Local musician Allen Venezio will play taps, and the Marine Corps League will conduct a 21-gun salute. Special commemorative coins will be handed out at the end of the program. The stars from American flags that have been retired will be given to all first responders and veterans in attendance, the release states. Sonny’s BBQ will provide refreshments following the ceremony.

Mount Dora will host the first annual 9/11 Memorial Walk at 6pm Wednesday, starting at 100 N. Donnelly St. with a welcome and the national anthem, according to the city newsletter. The Mount Dora Fire Department and Professional Firefighters of Mount Dora Local 3088 will co-host the walk, which will cover a distance of three miles, starting and ending at Evans Park.

The event is free, and the public is welcome to attend and walk with the city’s firefighters. Mount Dora Professional Firefighters T-shirts will be available for purchase, with proceeds going toward training and education.