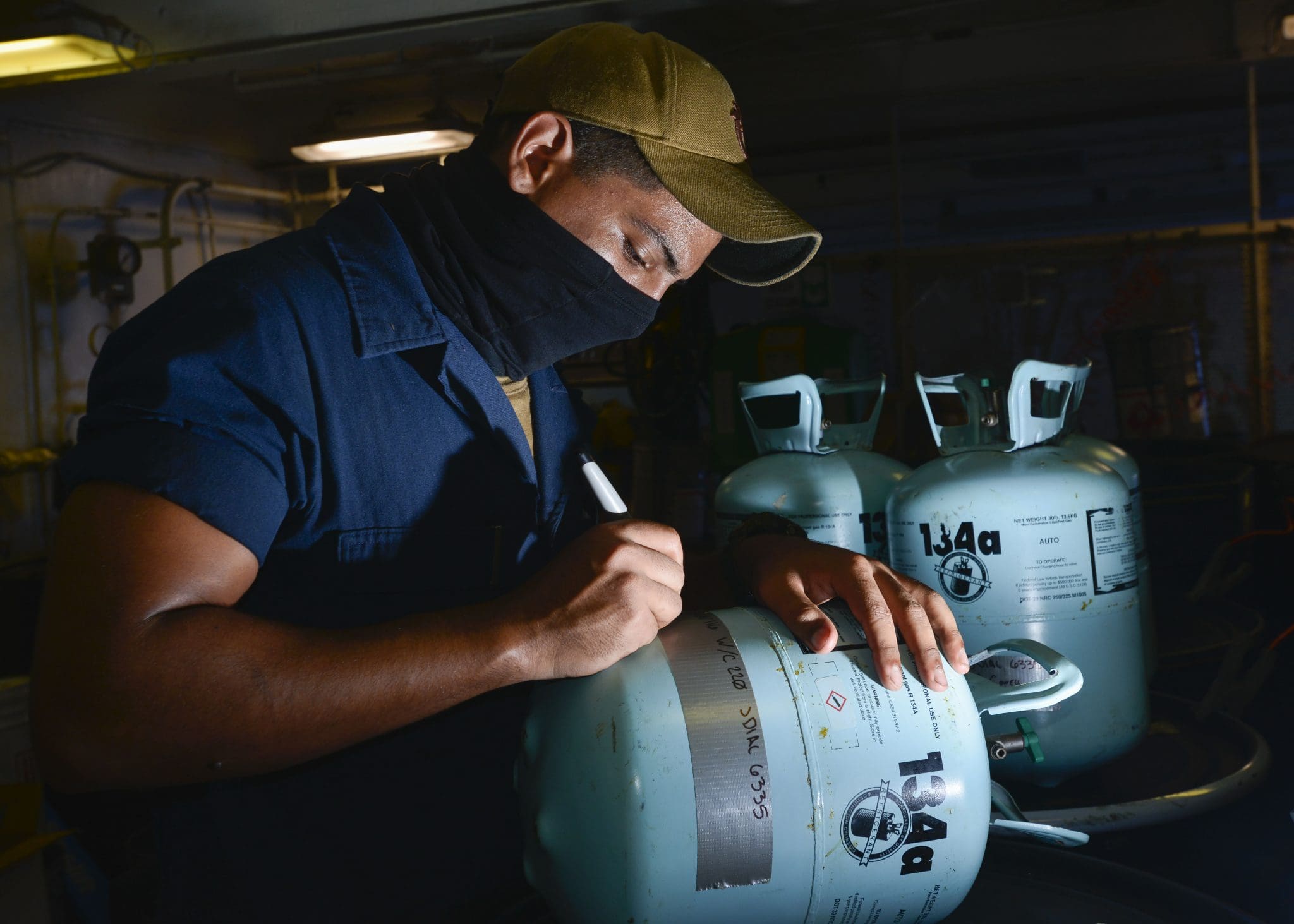 Aviation Machinist’s Mate Airman Alex Embree, of Mount Dora, takes great pride working onboard the aircraft carrier USS Nimitz (CVN 68) while he has been stationed with the U.S. Navy for the past year and three months.

The USS Nimitz is the flagship of Carrier Strike Group 11; it is deployed conducting maritime security operations and theater security cooperation efforts.  As an aviation mechanic on MH-60s (multi-mission aircrafts), one of Alex’s roles has been doing inventory of hazardous materials on the ship.

“I am happy to have the opportunity to work onboard the USS Nimitz in supply/hazmat, as well as experiencing the chance to work with other departments,” says Alex.

He credits the Navy for giving him “the chance and opportunity to travel and experience the world,” and while COVID-19 has put limitations on his ability to do so, Alex says he maintains a “can-do” attitude and continues to make great effort, every day, to support the mission.

He also noted he looks forward to continuing his professional career in the Navy, as well as advancing and training fellow sailors around him in the aviation community.

Alex says his most memorable and favorite experience was snorkeling at Gab Gab Beach during the ship’s visit to Guam, as well as having the chance to “drive the ship” on July 23.

Lieutenant Junior Grade Jacob Treat, assistant public affairs officer, says the Nimitz was able to pull into Guam for a short liberty period, thanks to precautions taken to make it a “Safe Haven” port. During this period, the ship’s personnel had access to specific designated areas on the pier and the beach on base, Gab Gab, which was closed to all other personnel except for Nimitz sailors and Marines.

To read more of that visit, go to: www.navy.mil/submit/display.asp?story_id=113352