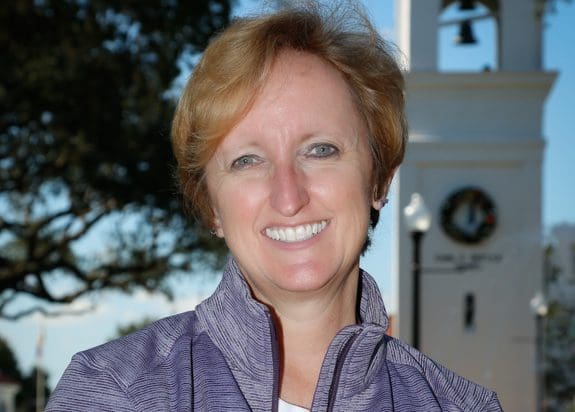 A Montverde Academy Middle School science teacher has received an honor that’s out of this world.

Dr. Caryn Long was selected to join the Space Foundation’s Teacher Liaison Program in 2020. She was one of 39 educators, including six international applicants from India, Mexico and Puerto Rico, chosen for the program. The new teacher liaisons will be recognized in March at the Space Foundation’s 36th Space Symposium in Colorado Springs, Colorado, a news release states.

The Space Foundation, a 501(c)(3) nonprofit, was founded in 1983 and is the world’s premier organization to inspire, educate, connect and advocate on behalf of the global space community.

The Teacher Liaison Program was created in 2004 to positively influence STEM (science, technology, engineering, mathematics) education on an international level, using space-related content to inspire the next generation of astronauts, scientists, engineers and space pioneers. Teacher liaisons serve as advocates for STEM education and use training and resources, provided by the Space Foundation, to further integrate space principles into their classrooms, schools, communities and beyond.

Dr. Long joined Montverde Academy this school year, bringing more than 20 years of teaching experience with her. She merged her love of teaching with her love of space science by working for NASA for 13-plus years, conducting workshops for educators, facilitating interaction with scientists and engineers with students of NASA Explorer Schools and managing the operation of NASA’s Digital Learning Network.

“Dr. Long has been a great addition to our middle school team, and this honor she has earned will also benefit our students,” Dr. Kasey C. Kesselring, Montverde Academy headmaster, says in the release. “Her passion for science and drive for continued professional growth is inspiring. The entire Montverde Academy community congratulates Dr. Long on this accomplishment. We look forward to watching how the program unfolds and engages her students in the classroom.”

According to the foundation, these 39 educators were chosen for their active promotion of space science and STEM education in the classroom. A new flight of teacher liaisons is selected each December following a rigorous application process, with final selection made by a panel of experienced teacher liaisons and representatives from the space industry and the military.

This program is open to public, private and homeschool teachers, in both informal and formal education, as well as school administrators, principals, specialists, and curriculum and instruction developers, the release states.