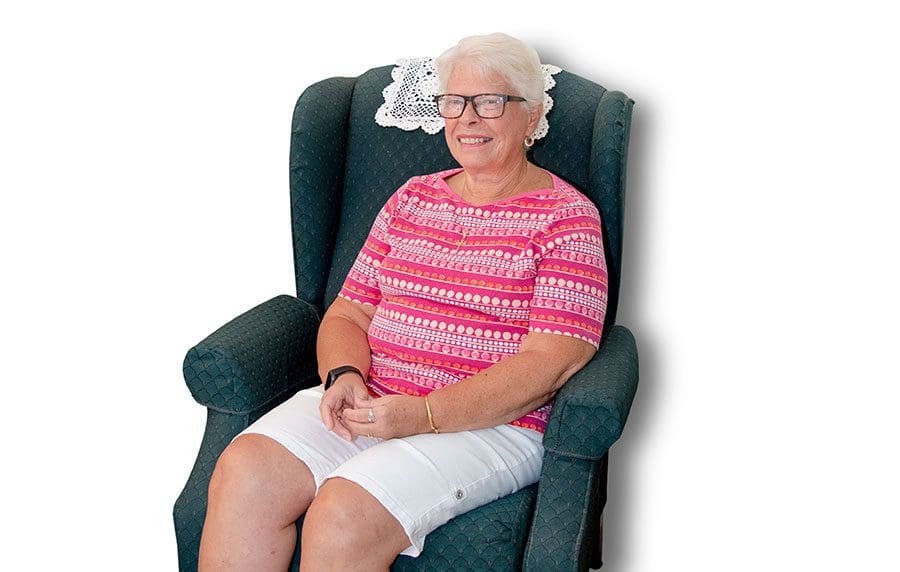 After varied careers paths, and many lives touched, one Villager tells how her life came full circle, ending up as it should.

Barbara Garbarczyk, a Eucharistic minister involved with the women’s guild at St. Mark’s Church in The Villages loves to swim, polka, play Mahjong, garden, and sing, but before retiring in The Villages in November 2015, her days were laden with numbers.

Barbara was a math teacher at an inner-city school in Worcester, Massachusetts for 10 years, a job she would realize was her life’s true calling.

Years prior to that, Barbara also taught math at different parochial schools, and served her God as a nun in a convent in Connecticut, a 20-year role she’d previously considered her calling.

“The real difference there was that when I taught in parochial schools, I wore a habit and kids respected me because they were taught to,” Barbara says. “As for the kids at the school in Worcester, I had to earn their respect.”

Even so, Barbara says the road there was not easy, even with three master’s degrees – in teaching, religious studies, and public administration – under her belt.

“Leaving the convent was probably the hardest thing I ever did, and I didn’t do it because I was unhappy there, I just wondered if God wanted something more from me,” Barbara says. “I had a very hard time finding a job, so I got a nothing job processing health insurance.”

“After that year, I was accepted into a training program to become a nursing home administrator, so I did that for 13 years,” Barbara says, explaining that what steered her in the direction of her fate was a desperate phone call from an old friend who knew she loved teaching, when her school’s math teacher quit last minute at the start of that school year (2005).

“I went for the interview, got the job, and that’s where I really knew why I had left the convent because now, I was teaching inner-city in Worcester, Massachusetts, and that was really a mission,” Barbara says.  “As much as I thought being in the convent was being dedicated and it was, this really felt like I was serving someone.”

Looking back, Barbara says every road taken brought people into her life she may not have otherwise crossed paths with, and she’s grateful.

That includes her ‘God-put-together family,’ a couple she stayed with for 14 years after leaving the convent, Lucille Ameduri, her ‘sister by choice’ and roommate since leaving Connecticut for The Villages who she stood beside through her fight against breast cancer, and former students, some of whom she still keeps in touch with, and whose successes as adults, bring her joy.

“I think there were reasons I was supposed to be here and at every point of my life where I ended up,” Barbara says.