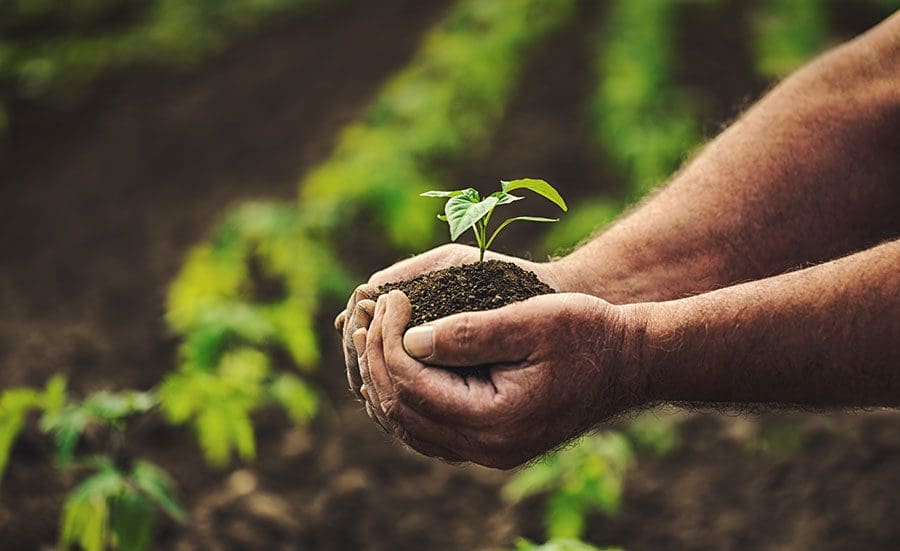 Identifying GMOs, why should you stay away from them, and how to assure you’re eating clean.

“In many cases now we’re seeing that when eating GMO foods people are putting on weight eating healthy food,” says Lori Esarey, a nurse practitioner with a master’s degree in nutrition and metabolic medicine who has owned Total Nutrition and Therapeutics in Lady Lake for 14 years.

Lori would love to see more people “eat and live better by taking the food-first approach,” But GMOs aren’t likely to go away anytime soon. GMOs exist in over 80 percent of processed foods and are even used in some vitamins. Additionally, GMO foods are usually less expensive than healthier options. And lower prices are all some shoppers think about.

Genetically Modified Organisms have been used in farming and food production for many years even though there are almost no positives about consuming GMOs, says Michelle Williams, who took over as owner of Jeff’s Health Food Store in Leesburg in January 2020.

“People think they’re taking vitamins and supplements for their health, meanwhile they are still doing damage to their bodies due to the sometimes hidden GMOs in these products,” says Michelle, who was born and raised in Eustis, earned her bachelor’s degree in management at the University of Central Florida, and taught the food and nutrition aspect of personal training during eight years as wellness director at the YMCA. She also worked at a hospital for many years.

The existence of GMOs in foods and supplements can negate the effect you are trying to give your body by taking those vitamins in the first place. It behooves a person to know what GMOs are, how they affect the body, and how to avoid them.

What are Genetically Modified Organisms?

There aren’t any major studies about the long-term effects GMOs have on the human body, but there will be. Researchers are taking a look as consumers become more aware of the existence of GMOs in their food.

How does Genetic Modification work?

“Genetic modification of foods basically changes the structure of the food, and unfortunately with that we don’t know what the long-term ramifications to the body are going to be. In many cases, the body just really doesn’t recognize that food and will often cause the body to behave with that food in a way that’s not specifically like it should,” Lori says. For example, if you’re eating broccoli, you expect your body to break down the nutritional value of that broccoli; vitamins, minerals and nutrients. With GMOs, if the protein structure or molecule has been changed and is not recognized by the body, the body doesn’t know what to do with those modified nutrients, and therefore your body doesn’t get what it needs.

Lori says that many people eat what looks and sounds healthy, such as vegetables, fruits and whole foods, but the body is unsure of what to do with modified nutrients because of the modified structure of the foods not recognized by the body. In turn, people who are supposedly eating healthy and not seeing results have a lot of added confusion to the already frustrating issue of weight loss.

How can I identify and avoid foods that have been genetically modified?

Lori likes to use the “bad-better-best” approach when helping her patients figure out a diet that works for them. If you are trying to adopt a healthier way of eating, there are two things to remember to ensure you find better or best whole foods. “The first rule of thumb should always be farm-to-plate,” Lori says. It’s always best to support your local farmer. You should know their growing practices, where they get their seeds from, whether they are genetically modified and how they are taking care of their crops.”

Because shopping local isn’t necessarily always viable, Lori’s second rule of thumb is to look for the number 9 on labels of grocery store items. Grocery stickers beginning with 9 signify that a product is non-genetically modified and organic. In addition to the number 9, Lori says you should note where products come from and buy from the closest farm. For example, it’s better to buy from a farm from Florida or Georgia rather than, say, Mexico. Buying within the U.S. will give you an additional reassurance that the labels are correct and honest regarding GMO presence.

Lori suggests using a commonsense approach. “A whole food comes from the ground, whole foods, farm-to-plate, fresh is best and eating diversity,” she says. “Does GMO play a role? Absolutely. I want unprocessed foods, I want whole foods and I don’t want something that’s been chemically or structurally changed, because those foods unfortunately don’t have the same nutrient value as other foods, and so if I’m going to eat a food I want to make sure it has the best nutrient value for me and my body,” she adds.

As for packaged foods, “look for the butterfly,” Michelle says. She’s referring to a label that can help you identify what is natural and will be better for you. “If it’s non-GMO verified by the Non-GMO Project, there’s a label that has a butterfly and a little green check, and that is a sign for all consumers to know, ‘OK, I can trust this brand, there’s not genetically modified organisms, whether it be plant, animal, microorganisms or whatever,’” Michelle says. Almost every item in her store – and many health foods stores – has a little butterfly on it.

More than 60 countries require GMO labeling, but the U.S. and Canada do not. The Non-GMO Project is a nonprofit created in 2012 with the goal “to preserve and build sources of non-GMO products, educate consumers, and provide verified non-GMO choices,” according to nongmoproject.org.

How does cost come into effect regarding GMOs?

“Genetically modified foods cost less. But the problem is you’re gonna spend to either be well or you’re gonna spend to be sick, but eventually you’re gonna spend. So it’s like, what do you want to include in your budget?” Lori says. She compares it to diesel gas. “You wouldn’t think about taking your car to the gas station and putting unleaded fuel in your diesel tank just because it’s cheaper. Unleaded fuel is cheaper than diesel, but your engine runs on diesel, so why would we place something into our bodies which are worth far more than vehicles? We’re going to get subpar results out of subpar food.”

“I don’t believe we can completely avoid GMOs. I would love to, I think it’s ideal to, but the reality is I don’t really know that we can,” she adds. Not only do GMOs save companies, and in turn consumers, a lot of money, but continually using GMOs for so many years has depleted many crops, so if farms were to attempt non-GMO farming at this point, their soil no longer has the nutrients needed to grow those products.

“There’s a lot of debate because people that create the GMOs say this is the only way we can create this particular product. Well that’s not true, it’s going to of course cost a little bit more money to do it the right way, but nowadays unfortunately people are so into cost and think, ‘well, if this is cheaper, I’m gonna get this,’” Michelle says.

You’re likely to spend more on groceries if you buy non-GMO foods. Lori says it will end up being the same for your wallet as if you were to buy GMOs, because you won’t need to spend extra money on supplements and things to rebuild your health.

If you buy the cheaper groceries, she says, “you’re gonna spend, unfortunately from a health standpoint, a lot of money trying to rebuild your immune defense by not taking a more proactive approach to spending your finances to actively try to control that environment.” It’s best to pay into your health from the start, with the foods you eat, rather than spending money later trying to heal your body or give it what the foods did not.

The connotation around health food stores, Michelle says, is that it’s excessive to spend money there rather than at your average grocery store. “Well really if you look at the products we have here, yes it’s a little more expensive, true, but you’re not damaging your body. Nothing here is gonna have the side effects that can potentially cause cancer for you or major health problems in the future with you taking something on a daily basis. So it’s really, really important that people become more aware of what they are consuming,” she says.

What else should I know?

An additional factor of GMOs is that oftentimes, these crops have pesticides and herbicides embedded in them, rather than the kind that you can wash off when you get them home. Why is this bad? Well, pesticides and herbicides aren’t able to pick and choose what they kill off, so they are also killing things that defend our natural habitats, like bees and bugs and organisms that are part of our ecology and can help our environment, she says.

“There are (effects of pesticides in food), so unfortunately our gut microbiomes, the bacteria in our gut, thrive on basically an environment that has bacteria. So unfortunately, much like an antibiotic is to us, it’s not specific so it wipes out everything. So anytime we’re ingesting any type of pesticide or herbicide, regardless of where they are, either in the seed or in the GMO or on that vegetable, they’re the same. When we eat those, we are basically wrecking our gut microbiome which is our army of defense,” Lori says.