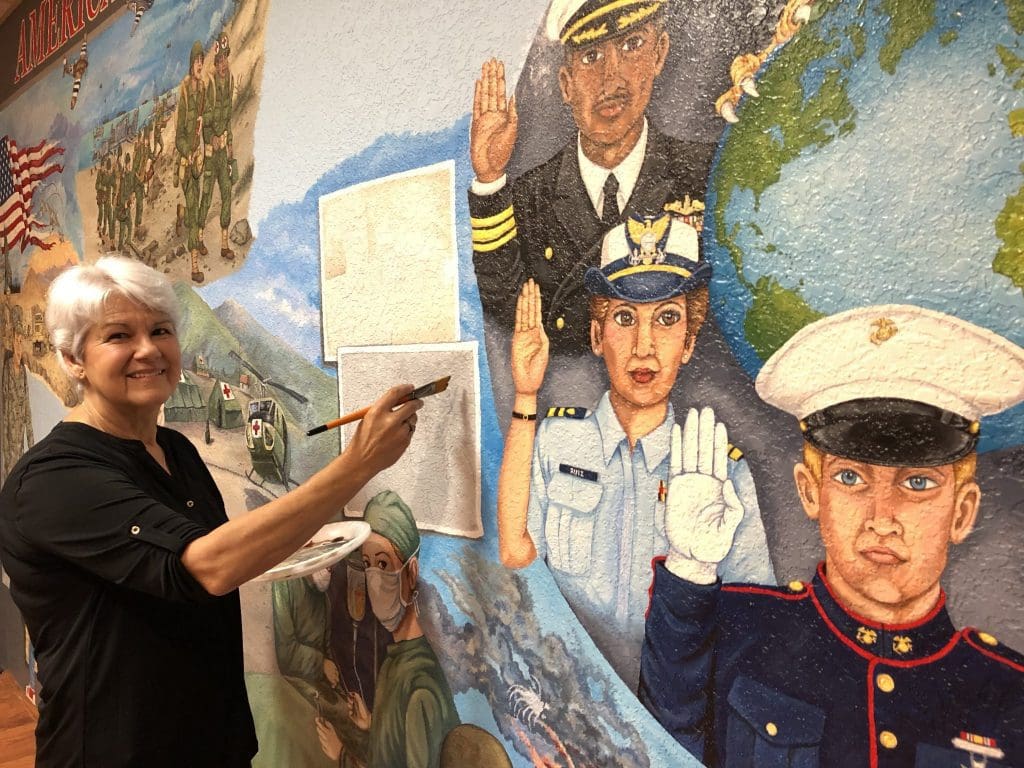 A previously blank wall has come to life at the American Legion Post 35, 920 Highland St., Mount Dora, where a local artist has devoted 600 (and counting) hours painting a variety of vignettes of military veterans defending and serving their country.

Cary diValentin hopes to have it competed by the end of November.

“This is something that has been in my heart,” says Cary, a former Disney World scenic and figure artist, who painted rides, murals, props and figures.

“I would pass by the post on my way home and I’d say, ‘One of these days I would love to do a military mural,’” she recalls.

Cary’s wish came true when Kathryn Wilgus, a retired lieutenant commander of the U.S. Navy, revealed the legion was wanting a mural reflecting a cohesive blend of veterans of all ages and branches.

“This just takes my breath away,” Kathryn says of Cary’s work.

“This has been an incredible experience,” says the artist. “It has connected me. People come and talk to me and share their stories, and it’s amazing how it’s something that I just painted brings out a story and emotions in people. I’ve seen guys with tears. It really has been touching.”

Cary says she hears many stories as she paints.

“It’s almost every day that I hear something new, like ‘I flew one of those helicopters. I was in that Saratoga. I serviced that plane.’ It really moves people and it’s like a living wall because it brings memories back for them,” Cary says, adding her  respect for military men and women has deepened.

“I always have had respect for the military, but not like I have now. It has been amazing, and I have met so many awesome people,” she says. “This is almost like a good book that you don’t want it to end.”

Her most challenging piece to paint on the mural was of a young man in the top right-hand corner. 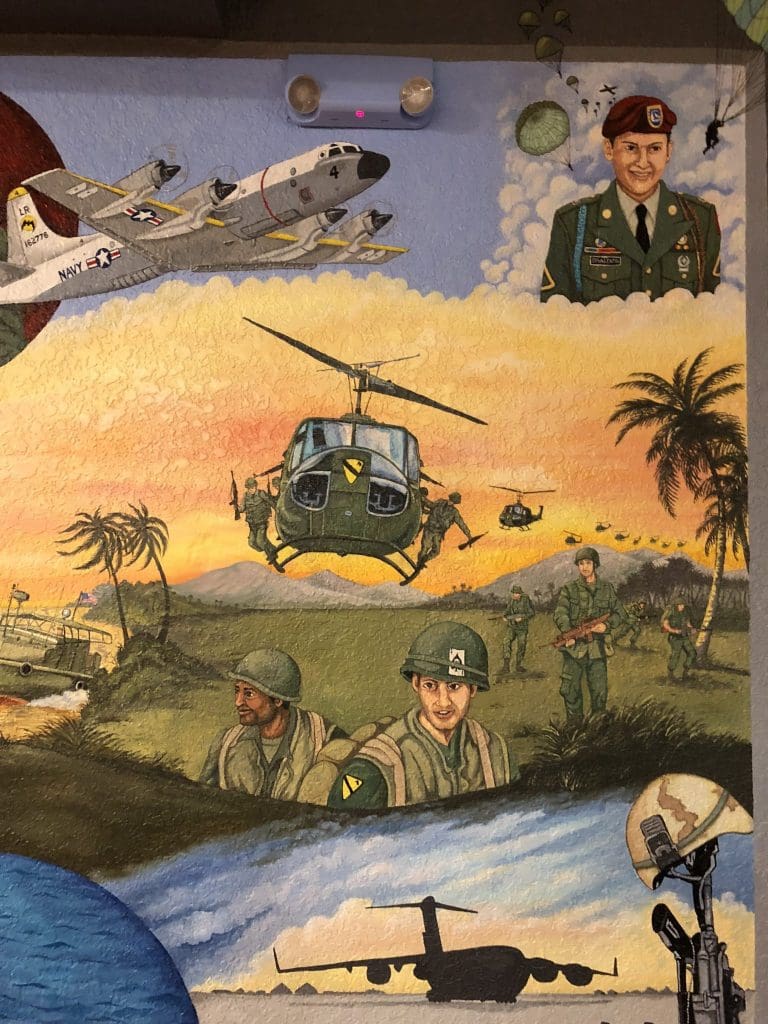 “It’s my son, Louis, a paratrooper, who was supposed to go to Afghanistan,” she says. “We lost him five years ago in a motorcycle accident, and it was so nice that the legion allowed me to honor him.”

Cary has researched military photos and history in order to paint the correct colors of uniforms and to show specific details of military weapons and supplies.

“Cary’s work is wonderful,” says Legion Post 25 Commander Donnie Williams. “I have told Cary many times that she is family now because I have met her here every morning to let her in. I have just sat back here for hours and watched her work. I am just amazed at the work she is doing.”

Donnie says there is a lot of intricate detail in the artist’s work that is a treat to see up close.

“We’re hearing people say, ‘You got to go see the mural at American Legion Post 35,’” adds Kathryn. “It’s wonderful to bring people in and to let them know this is family.”

Kathryn says the artist is also is being commissioned to paint more murals at the legion, including one wall focusing solely in female veterans.