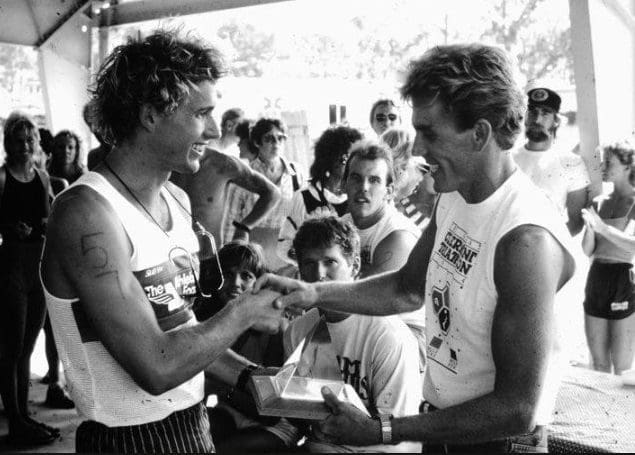 An updated history book of Clermont includes new details, such as the rise of Clermont as an international triathlon destination. Sommer Sports founder Fred Sommer, right, hands out the first-place award at the first Clermont triathlon in 1984, which also was the city’s 100th anniversary of its founding. // Provided photo

Everything you could ever want to know about the history of Clermont is in a new 404-page hardbound book released by the Cooper Memorial Library Board Association.

“Clermont – From Gem of the Hills to Choice of Champions” is an updated history of the city that will be released before the holidays. It is the most comprehensive history of the city to date and contains more than 70 pages of new stories and rare images, according to a news release.

The book will be available beginning with a launch party at 6pm Monday, Dec. 2, at the library, 2525 Oakley Seaver Drive, Clermont. The event also will include a showing of a 1920s film about Clermont uncovered during the research for the book. The new book, which will retail for $35, can be preordered for a special early-bird rate of $25 at clermontbook.com. The book will have a limited initial production and will not be available through Amazon or other online retailers for the near future.

Association members worked on the book for more than a year, says Caryl Harris, the library board president. The history of Lake County’s largest city includes information from the Ice Age to the present. New details discuss the formation of the city’s signature ridges, the early Timucua tribes, profiles of the founders and historical details continuing through the recent “Choice of Champions” branding.

Other details include fresh, historical anecdotes about Clermont during the Cold War, the devastating freezes that wiped out the citrus industry in the 1980s, the 1930s bank robbery by the infamous Ma Barker gang and folksy eyewitness accounts of early pioneer life not previously published.

“This has been a labor of love, and we’re so excited to share it with the community,” Caryl says in the release.

Caryl, who retired as a reference librarian from Cooper Memorial Library, says the idea for the book began four years ago when a former history book, “Clermont: Gem of the Hills,” which was published during the city’s centennial in 1984, went out of print.

“We discovered the original plates no longer existed, so the book had to be retyped and more than 200 images had to be located and scanned,” says Doris Bloodsworth, who edited and coauthored the new version. “Then began the task of researching and writing the additional history.”

All proceeds from the book will support programs at Cooper Memorial Library. 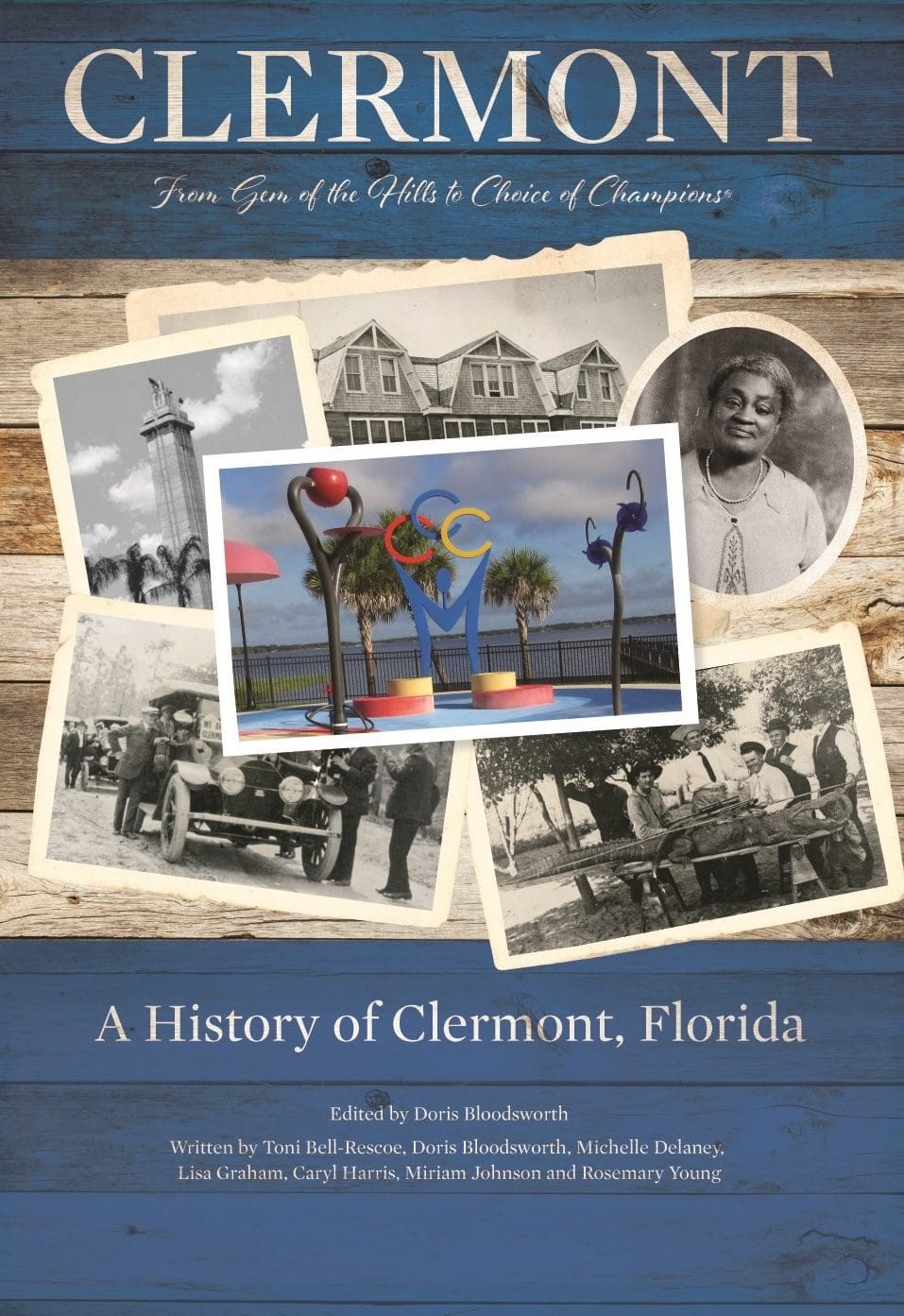