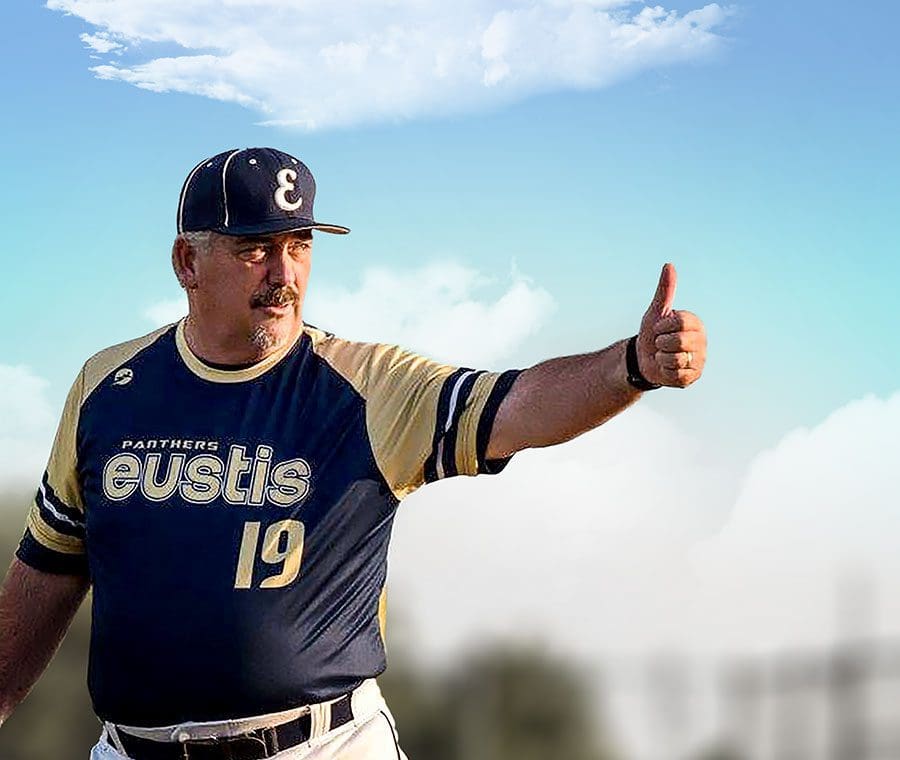 He compiled an overall 463-308 record and led Eustis High School to the Class 3A state baseball title in 2000. He also helped develop the pitching skills of Brady Singer, who was the 18th overall draft pick two years ago by the Kansas City Royals.

“He not only taught them how to win but also taught them to grow into fine young men,” says his widow, Tina Lee.

Although David died in 2019 of congestive heart failure, he is not forgotten. Eustis High renamed its ballpark to David Lee Diamond at Stuart Cottrell Field. In addition, two former players got tattoos to honor his memory—one with Roman numerals of his death date and the other with David’s initials and uniform number. 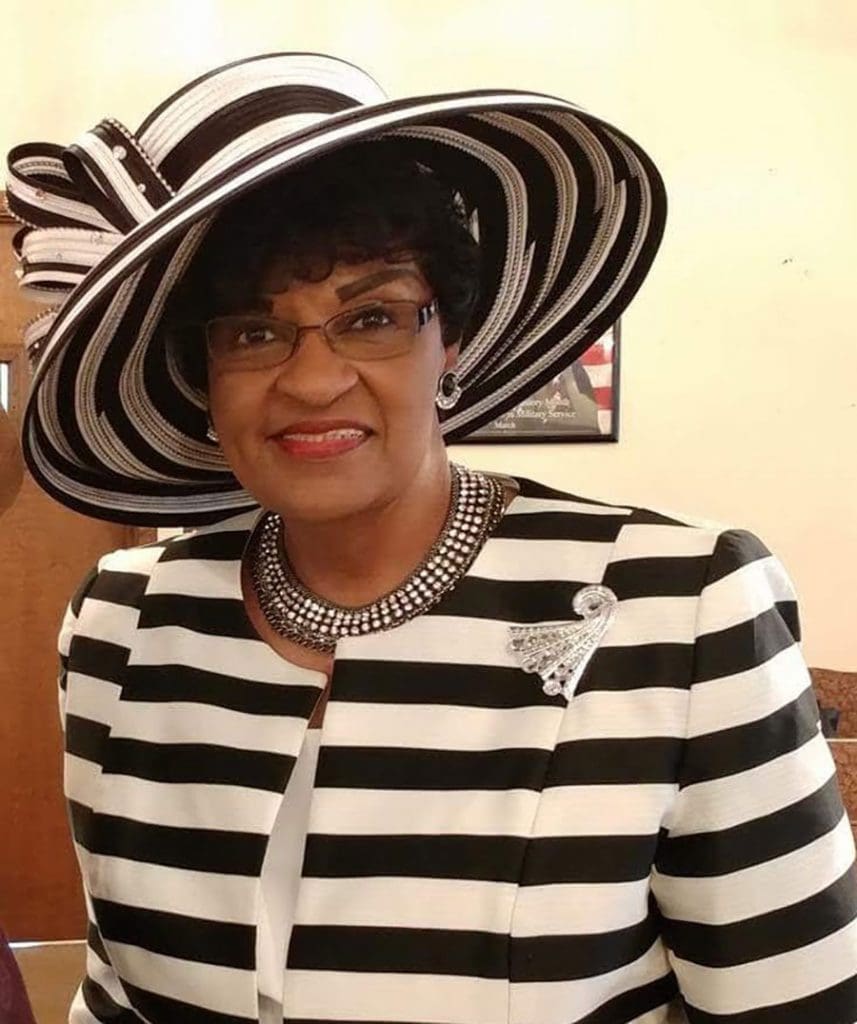 “Be the very best you can be.”

That was a daily inspirational saying from late educator Aurelia Cole to her two children, who followed her path: Devon Cole Jr. is assistant principal at Lake Minneola High School, and Danielle Green teaches at the school.

Aurelia became the first African American high school principal since integration in Lake County when she was named principal in 2004 at East Ridge High School in Clermont. She rose to the No. 2 position, assistant superintendent of administration, in Lake County Schools.

Aurelia died in 2018, but her impact is still felt. Clermont Middle School will be renamed Aurelia M. Cole K-8 Academy when the school expands in 2023, and a road near East Ridge High has been named in her honor. 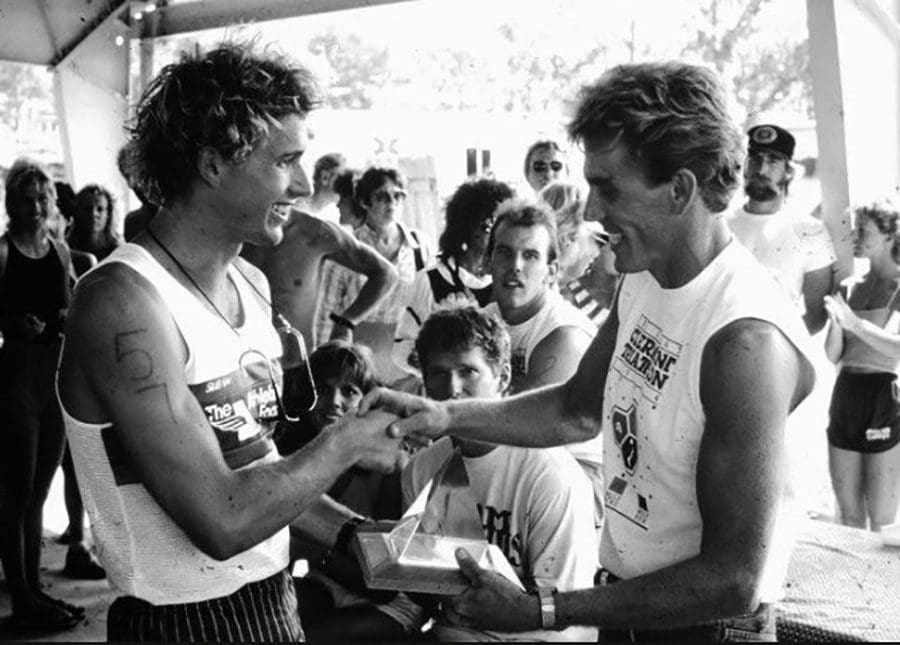 In 2014, Clermont dubbed itself the “Choice of Champions.” It’s an apt moniker for the city, which has become a popular training destination for Olympic athletes.

But the city’s transformation into a sports mecca began in 1983 when lifelong resident Fred Sommer brought a new niche to South Lake: triathlons. Since then, athletes from all 50 states and 30 countries have competed in prestigious events such as the Great Clermont Triathlon, which Fred started in 1984, and the Great Floridian Triathlon, which he started in 1991.

“In 2001, the Great Clermont Triathlon had more than 2,000 competitors,” says Fred, owner of Sommer Sports, which manages racing events. “They love our sandy beaches, hills and country roads.”

In 2017, USA Triathlon presented Fred with its prestigious Lifetime Achievement Award, which recognizes individuals who have made valuable contributions to the sport. His company will organize or manage 40 racing events in 2020. 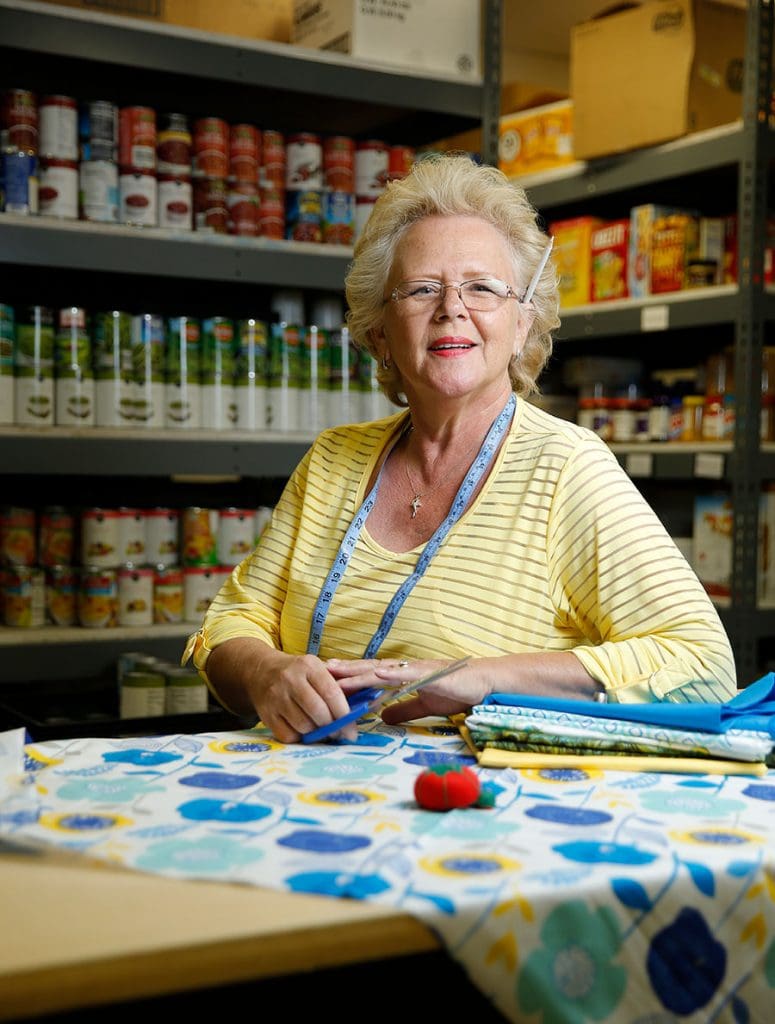 The Lake Cares Food Pantry will celebrate its 11th anniversary in April, and Irene O’Malley has been there from the start. She first volunteered but soon took over as executive director, guiding the organization through lean economic times that created great demand.

“The passion is serving the people,” she says. “The people that come through our doors are people that are in need, and the most important thing that you can do for anyone is to make sure that they have enough food to be able to eat.”

Financial contributions are most beneficial to food pantries because the demand surpasses food donations. When the pantry opened, it served about 25 families a week. Last year, it served 51,000 people, or nearly 1,000 a week. Irene says the need is greater than ever among seniors and children. But her passion grows as the numbers rise. 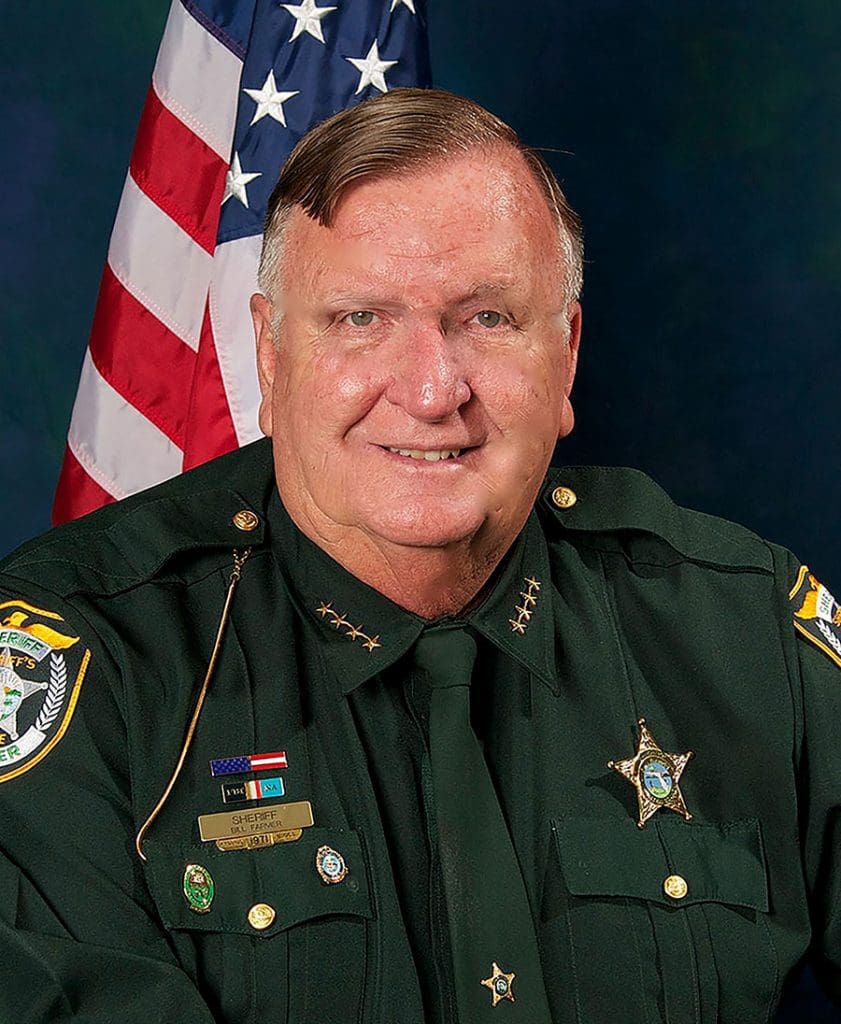 At club meetings in The Villages and events throughout Sumter County, a familiar person often sings the national anthem.

It’s Sumter County Sheriff Bill Farmer. Who knew he has a beautiful voice?

“I spent 25 years as minister of music at the Church of God of Linden in Webster,” says Bill, a lifelong resident of Sumter County.

He has made many public appearances since joining the Sumter County Sheriff’s Office in 1971 and being elected sheriff in 1996. He also has been active in the community, having served as president of the Florida Sheriffs Association, board member of the Sumter County Chamber of Commerce and on the advisory committee of Lake-Sumter State College.

“I go out in public often because it means a lot to the citizens,” Bill says.

Under his guidance, the SCSO has undergone technology upgrades, including the addition of computers and GPS systems in patrol cars, and body cameras for deputies. 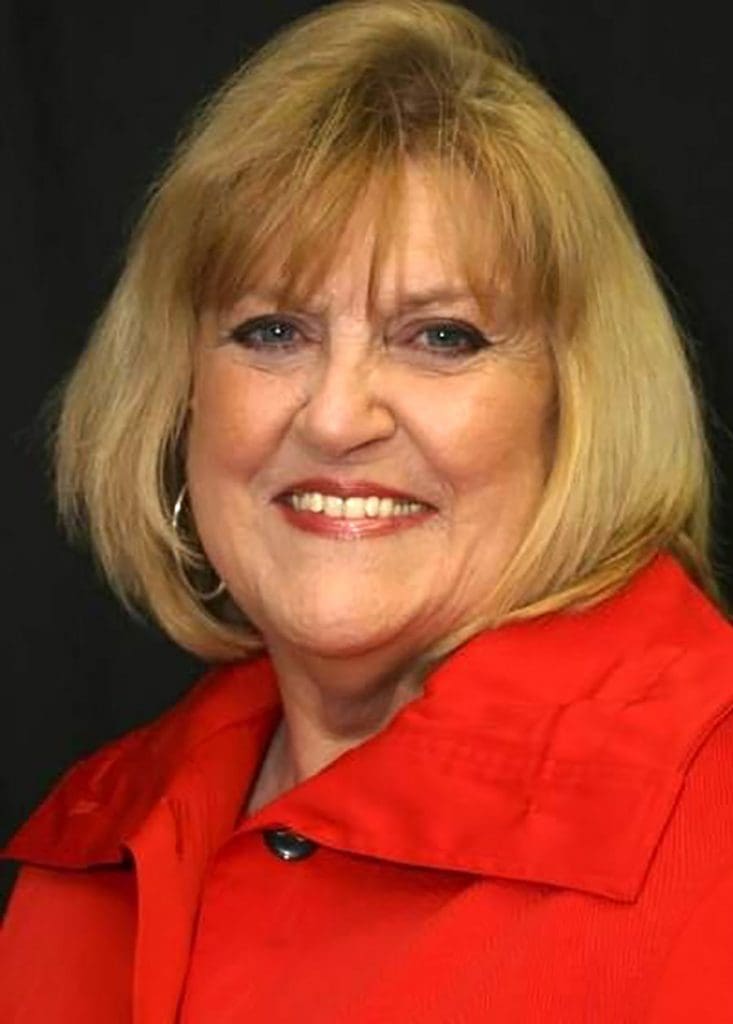 She impacted education as a Lake County School Board member for 24 years. She made her mark on mental health as program manager at LifeStream Behavioral Center in Leesburg for 25 years. She tackled youth drug addiction as a founding member of Be Free Lake.

Indeed, Kyleen Fischer, who died in 2016, worked tirelessly to make Lake a better place. As a result, she was inducted into the Lake County Women’s Hall of Fame in 2019.

“She was everywhere,” says her daughter, Leah Fischer, of Umatilla. “We joked that she should get an RV so she could sleep wherever she was at that point in the day.”

Kyleen also served as chairwoman of the Circuit Juvenile Justice Committee and a board member of the Golden Triangle YMCA, Alee Academy and the Ruth House.

“She was a dear friend and one of the kindest people I’ve ever known,” says B.E. Thompson, a co-worker of Kyleen’s at LifeStream. “She is loved and missed each day.” 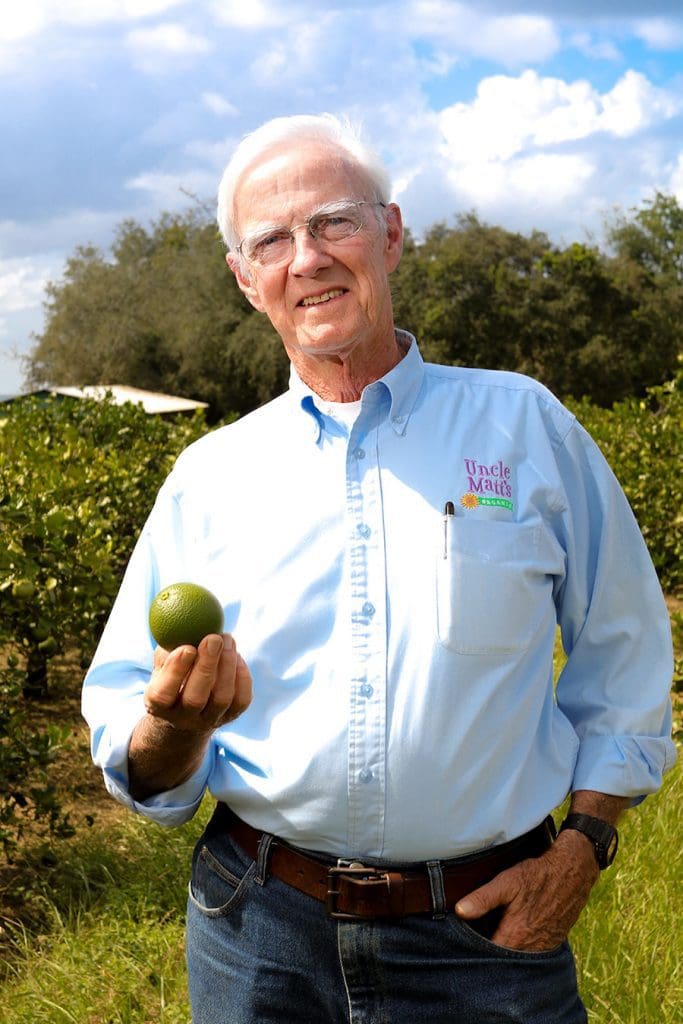 The McLean family tree produces citrus. Five generations of McLeans have grown citrus in South Lake County, but a freeze in 1983 cost the family every tree on their 550 acres.

In 1999, Benny McLean converted 1,500 acres of citrus to organic farming, becoming one of the first certified organic citrus growers in the nation. His son Matt founded Uncle Matt’s Organic Farm in Clermont, and another son, Ben McLean III, is head of research. The business spearheaded a new market for organic products such as fresh fruit, juices and flavored water.

Valuing the citrus industry is a tradition that continues to be passed to each generation. Ben’s daughter, Michaela McLean, won the 2019 Miss Florida Citrus crown. She followed that by winning the Miss Florida pageant and competing in the
Miss America contest.

“It’s amazing to see how my family has prioritized health, especially organic citrus, throughout our whole life and made sure that we’re raising healthy generations for the future,” Michaela says. “Now I get to travel around and we’re actually piloting a citrus program where we’re going to be able to go into schools and educate students on the health benefits of eating Florida-grown crops.” 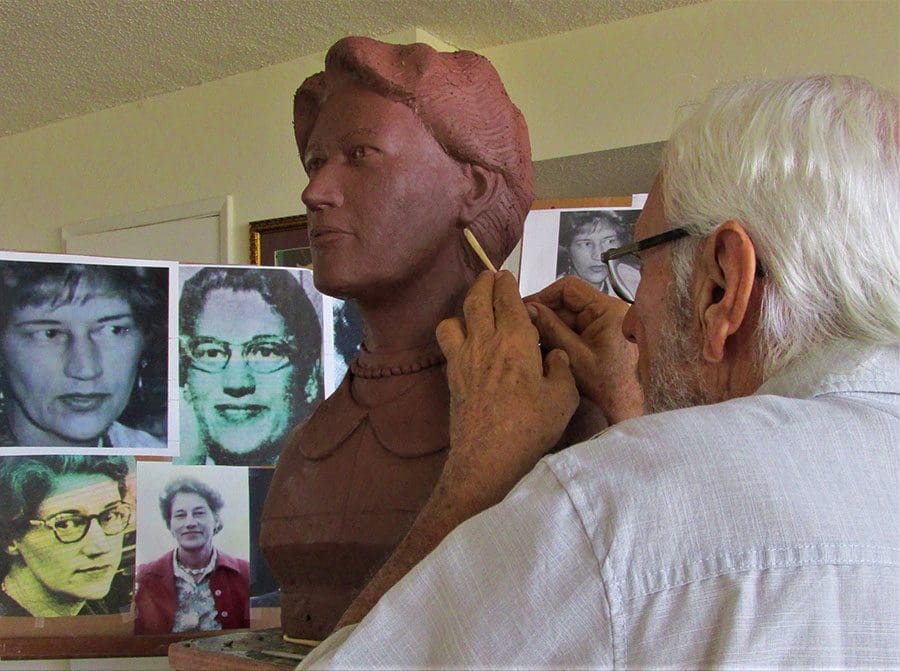 Some legends take time to be written. Long after her death, journalist Mabel Norris Reese has been honored for her work with the unveiling of a sculpture this year in Mount Dora and induction into the Lake County Women’s Hall of Fame in 2018.

Mabel is best known for covering the 1949 Groveland Four case, in which four African American men were falsely accused of raping a white teenage girl. Critics say she initially supported Sheriff Willis McCall. But after the sheriff shot two of the men, Mabel started standing up to white supremacy, says Gilbert King, who authored a book on the case.

“She began to meet sources that were experiencing this injustice, and I think it was at that moment that she really decided that she was going to start reporting on justice,” Gilbert says.

Mabel wrote about civil rights, school desegregation and corruption in law enforcement throughout her career. She died in 1995 at age 80. The Groveland Four men were posthumously pardoned in 2019. 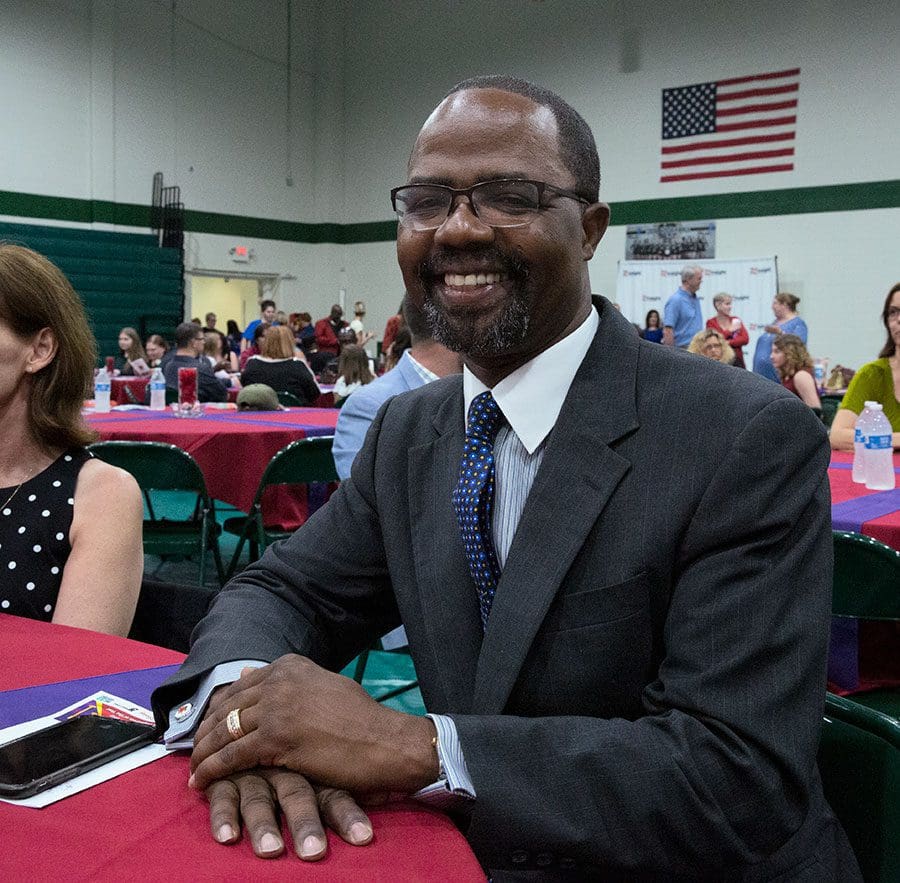 John Christian jokingly describes himself as “the hardest-working preacher in Lake County.”

Few could argue. His church, Christian Worship Center, has three locations. Each Sunday, he preaches at 8am in Groveland, at 10am in Wildwood and at 11:30am in Leesburg.

“We’re a holistic church that introduces people to Christ but also helps them grow spiritually, financially and socially through education,” John says.

During the week, John focuses on his duties as a Leesburg city commissioner. He was first elected in 2004 and has served four terms as mayor. “I’ve always strived to be a voice for the voiceless,” he says.

He was a driving force in getting the Leesburg Recreational Complex built on Griffin Road. Outside the center is a bronze plaque with an image of John’s face on it. The facility’s basketball courts allow youngsters to hone their skills year-round.

“I attribute the facility to helping Leesburg High School winning back-to-back state basketball championships in 2017 and 2018,” he says. 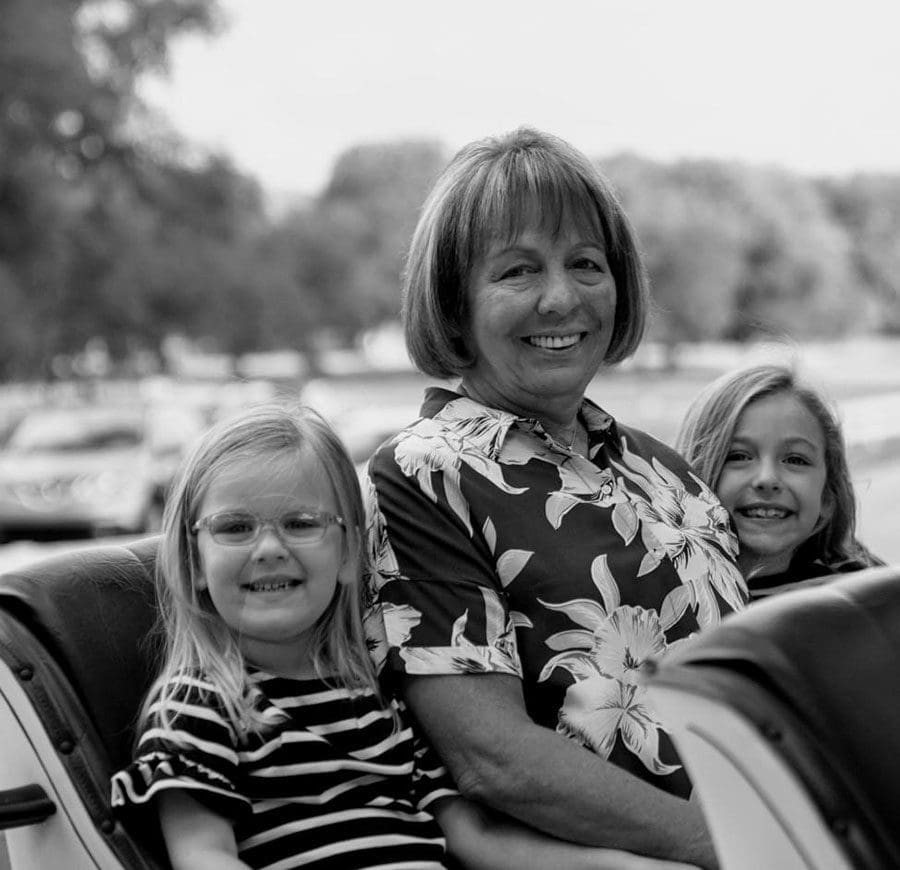 Janet Tutt was always quick to deflect praise away from herself and onto her staff. But there’s no avoiding the fact that she led The Villages district administration during a period of tremendous growth from 2005 until her retirement in 2018.

She started as co-district manager with Pete Wahl, and they oversaw two different areas with two sets of government departments. Janet says the administration’s greatest accomplishment was unifying those operations, bringing a cost benefit to the budget and a convenience benefit to residents.

The challenging aspect of that growth “was the influx of various expectations and backgrounds of people moving to The Villages and having to respond and communicate with such a large and diverse population,” she says.

In retirement, Janet says she’s trying to keep her mind busy with topics other than budgets, board meetings and bureaucracy.