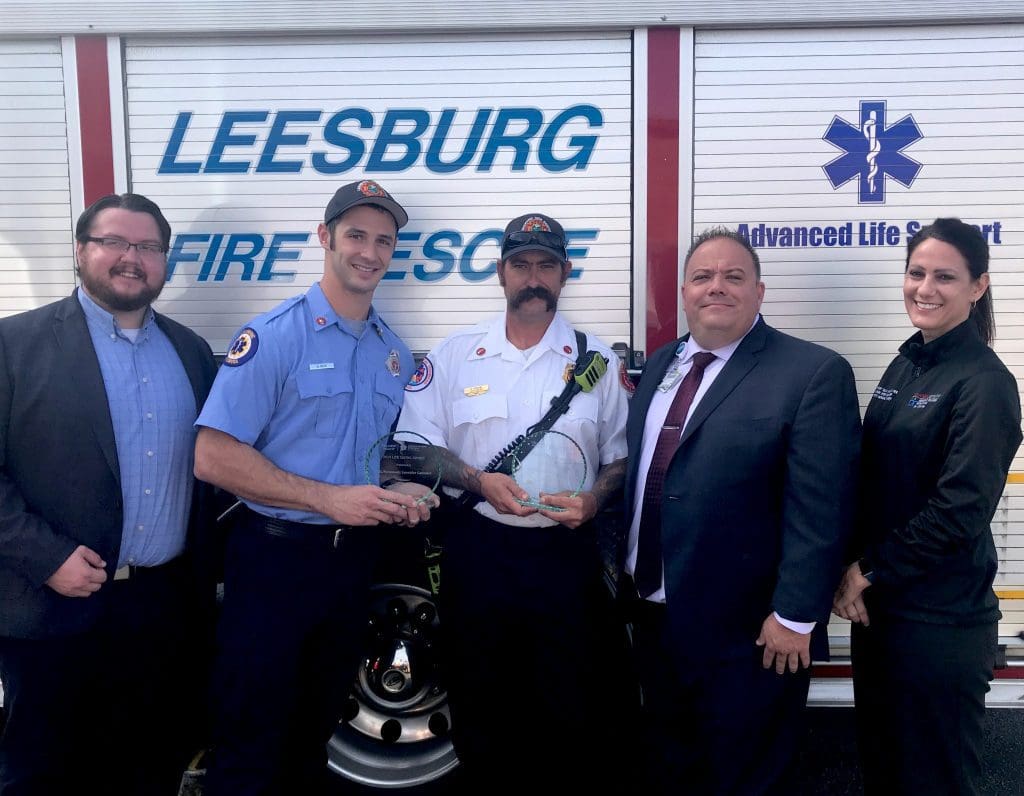 Two Leesburg firefighters were honored this week by Arnold Palmer Hospital for Children with a 2019 Life Saving Award. The award recognizes their outstanding performance in pediatric trauma care for actions following a traffic accident in November 2019, a news release states.

Leesburg firefighters from Stations 61 and 63 responded Nov. 8 to a serious head-on motor vehicle collision on County Road 44. Several people were injured, including a teenage girl who was seriously hurt and required transport directly to Arnold Palmer Hospital for Children in Orlando. Lt. Woody Straub and engineer Leonides Gonzalez rode with the teenager to continue assisting with life-sustaining care.

Representatives from the hospital and Lake EMS, including Medical Director Dr. Desmond Fitzpatrick, presented the awards Tuesday, Feb. 11, at Fire Station 1 in recognition of the crucial role the men’s prehospital emergency care played in the patient’s recovery.

“I would like to publicly thank Lt. Straub and engineer Gonzalez for their efforts in saving the life of this young girl,” Leesburg Fire Chief David Johnson says in the release. “Their dedication to the citizens and visitors of the city of Leesburg is a testament of what the LFD stands for and strives to accomplish every day.”