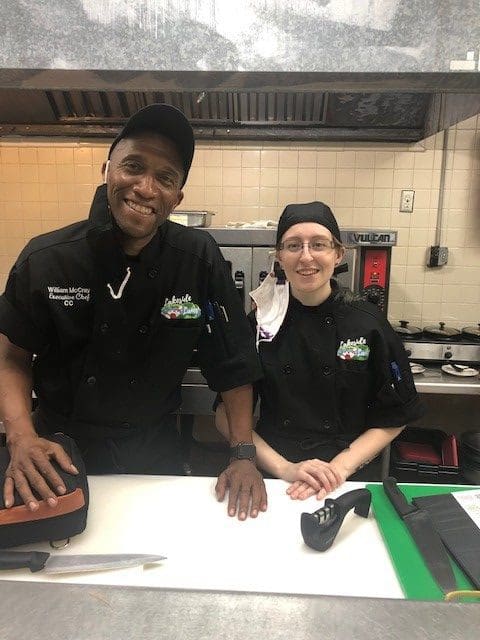 The year 2020 has brought us many stories of gloom and doom.

However, success stories are still plentiful.

Just look at William McCray, who graduated from Lake Technical College’s professional culinary arts and hospitality program in June 2020. William was recently hired as executive chef at The Dock at Lakeside Lane in Mount Dora.

He credits his culinary creativity to the training he received at Lake Technical College.

“Lake Tech is awesome,” he says in a press releasee. “You will not regret choosing to go there. And even with the current pandemic, there’s plenty of work out there, so go for it. After all, people still have to eat!”

William is excited to join the team at The Dock at Lakeside Lane.

“We’re taking food to the next level,” he says. “It’s definitely not the normal frozen and deep-fried stuff you usually get at a bowling alley restaurant.”

William came to Lake Technical College in Oct. 2019. He had worked in the food industry for about 15 years in various locations, both as a line cook and fast food manager. Though he had experience in the field, he often felt limited or stuck in a particular prep station because he didn’t have the proper training to move forward.

When life threw him a few curveballs, he began to do research on culinary schools throughout Florida. He found that Lake Technical College’s culinary program was listed as one of the top 10 Florida culinary schools through BestChocieSchools.com. William visited the campus and was impressed by the courtesy and professionalism of the staff.

To say William made an impression on his instructors would be an understatement.

“He was an incredible student,” says Chef Ken Koenig. “Always reliable and creative. He has a tremendous love for food and it shows.”

Congratulations to William and best of luck in your culinary career!