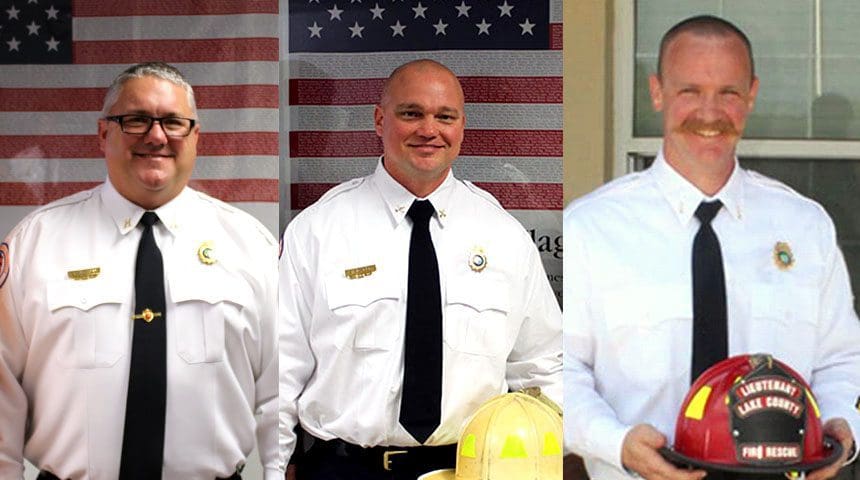 The three employees endured an extensive promotional process and finished as the top candidates. They were evaluated for interpersonal skills, tactical consideration and public speaking. These skills will help them in their new responsibilities, which include taking control of fire scenes, overseeing equipment, managing teams and other duties.

“We certainly enjoy promoting those who display dedication and commitment to the organization,” says Lake County Fire Chief Jim Dickerson. “Even during times of crisis, it is important to continue with normal activities of the organization when possible.”

These promotions occured as the result of recent retirements. They are critical positions that provide direction and leadership to Lake County’s firefighters and officers.