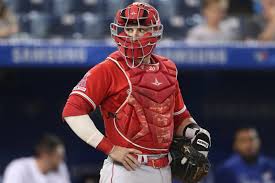 Lucroy, 34, was a four-year starter at Umatilla High and later attended the University of Louisiana at Lafayette, where he set school records in doubles (54), runs batted in (184) and total bases (414). He was drafted by the Milwaukee Brewers in the 2007 MLB Draft.

In 2014, he enjoyed one of his best seasons, competing in his first MLB All-Star game and winning the Fielding Bible Award, which recognizes the best defensive player for each fielding position.