Organizers of The Trump Boat Parade hope to shore up support before the presidential election in 11 days. The parade begins at 1 p.m. in downtown Eustis. Boaters will eventually go through Dead River into Little Lake Harris and dock at Hickory Point. There, the Dallas Tyler Band will perform live from a barge.

“I like to be on the water, I like to be on a boat, and I like President Trump,” says Carolyn Maimone, who organized the event. “Why not combine three things that you really like?” 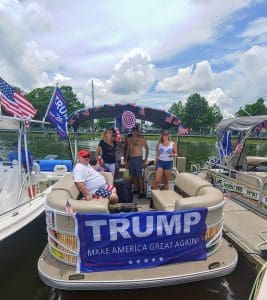 As of Friday afternoon, 2,700 people on the event’s Facebook site said they were going or interested in going.

“In addition to boaters, we’ll also have lots of people watching the event from land,” Carolyn says.

Carolyn said the event will be conducted in a “non-rioting, non-looting way.”

“We’re like-minded people getting together to support a president we all respect,” she says. 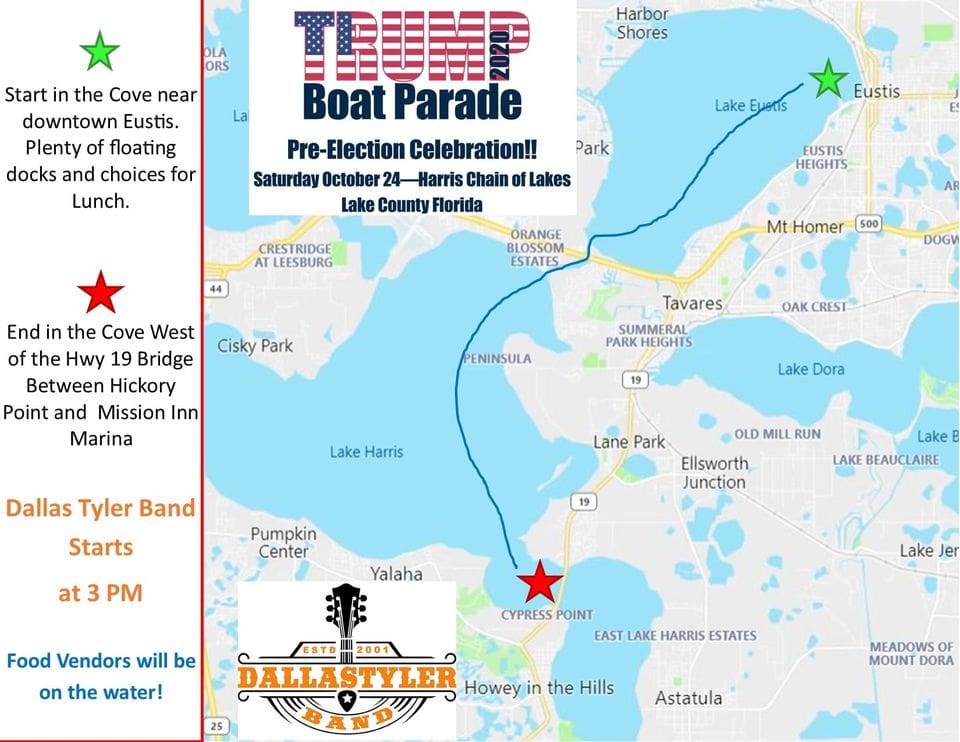