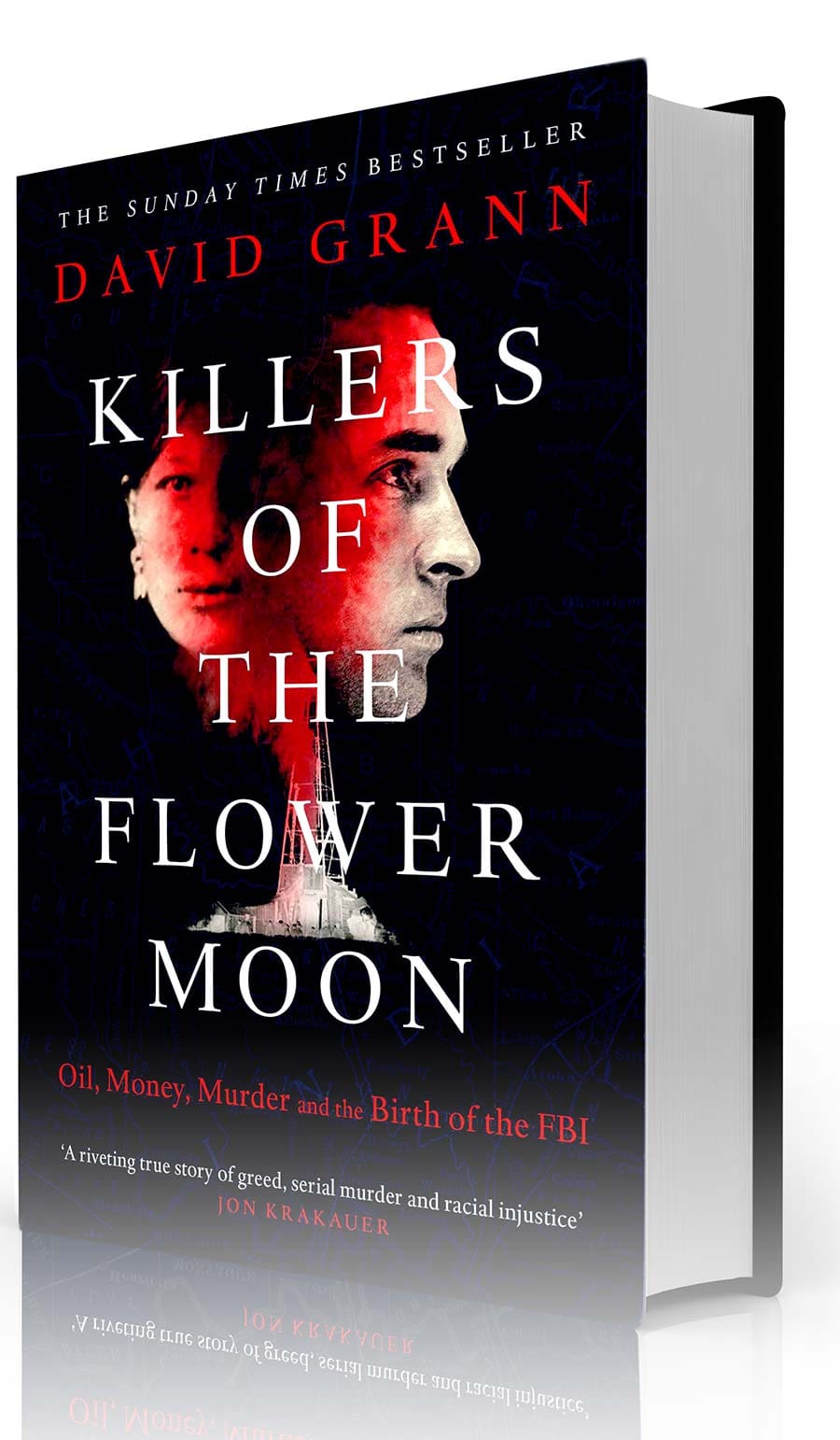 By David Grann. A modern tragedy omitted from history books.

The first chapter, titled “Vanishing,” begins: “In April, millions of tiny flowers spread over the blackjack hills and vast prairies in the Osage territory of Oklahoma. The necks of the smaller flowers break and their petals flutter away, and before long they are buried underground. This is why the Osage Indians refer to May as the time of the flower-killing moon.”

This illustrates the significance of the book’s title and indicates how history buries important events. Members of the book club were unaware of the “Reign of Terror” in the 1920s in Osage County, Oklahoma.

Carolyn Ingham ably facilitated the discussion with compelling background and interesting coincidences of her own personal interest in the story.

Readers were appalled at methods used to overtake land abundant with oil fields. In the early 1920s, Osage Indians were among the richest people in the country. Estimates are more than 60 of them were killed. White men married Osage women, then poisoned or murdered them to claim their oil rights. Local officials were unscrupulous in their investigations as they were in on it.

Eventually, the Bureau of Investigation, the forerunner of J. Edgar Hoover’s FBI, arrived to investigate the murders. Three white men were convicted and sentenced, though paroled in a short time. Many murders remain unsolved.

In 1921, Congress passed a law requiring guardians for each Osage to manage royalties and financial affairs. In 1924, the guardians were charged with corruption, yet five years later, $27 million was still held in the “guardian system.” Congress passed a law in 1925 limiting the inheritance of headrights only to people half or more Osage in ancestry. in 2000, 75 years later, the Osage Nation settled a suit against the Department of the Interior about the money mismanagement. They received $380 million and commitments to improve the management.

The author’s research is extensive and possibly a little too detailed for a compelling read. But the facts clearly show unethical, dishonest, racist behaviors occurred with abuse of power by government or just plain bad guys.

David Grann is the award-winning author of “The Lost City of Z—A Tale of Deadly Obsession in the Amazon,” “The Devil & Sherlock Holmes—Tales of Murder, Madness, and Obsession,” and “The White Darkness,” about Antarctica exploration, to be released in the fall.