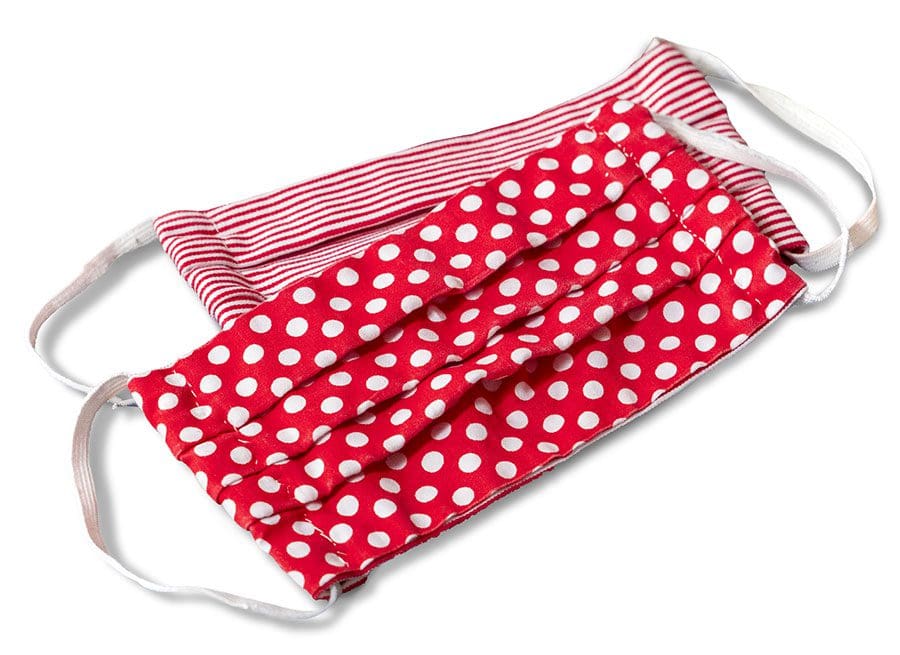 Villagers adapt to life during a pandemic at home, at work and in the community.

The active lifestyle in The Villages came to a screeching halt this spring because of the coronavirus outbreak. Some Villagers found new ways to entertain themselves. Some contributed to the cause of frontline workers. Some grappled with communication technology. Business owners closed down or created other avenues to serve their customers.

Many resourceful Villagers quickly adapted to a new normal. But life in the 55-plus retirement community isn’t all about finding fun and games. Residents in the COVID-19 high-risk category of age 65 and older with underlying medical conditions are having anything but fun as they face the pandemic with trepidation and fear. 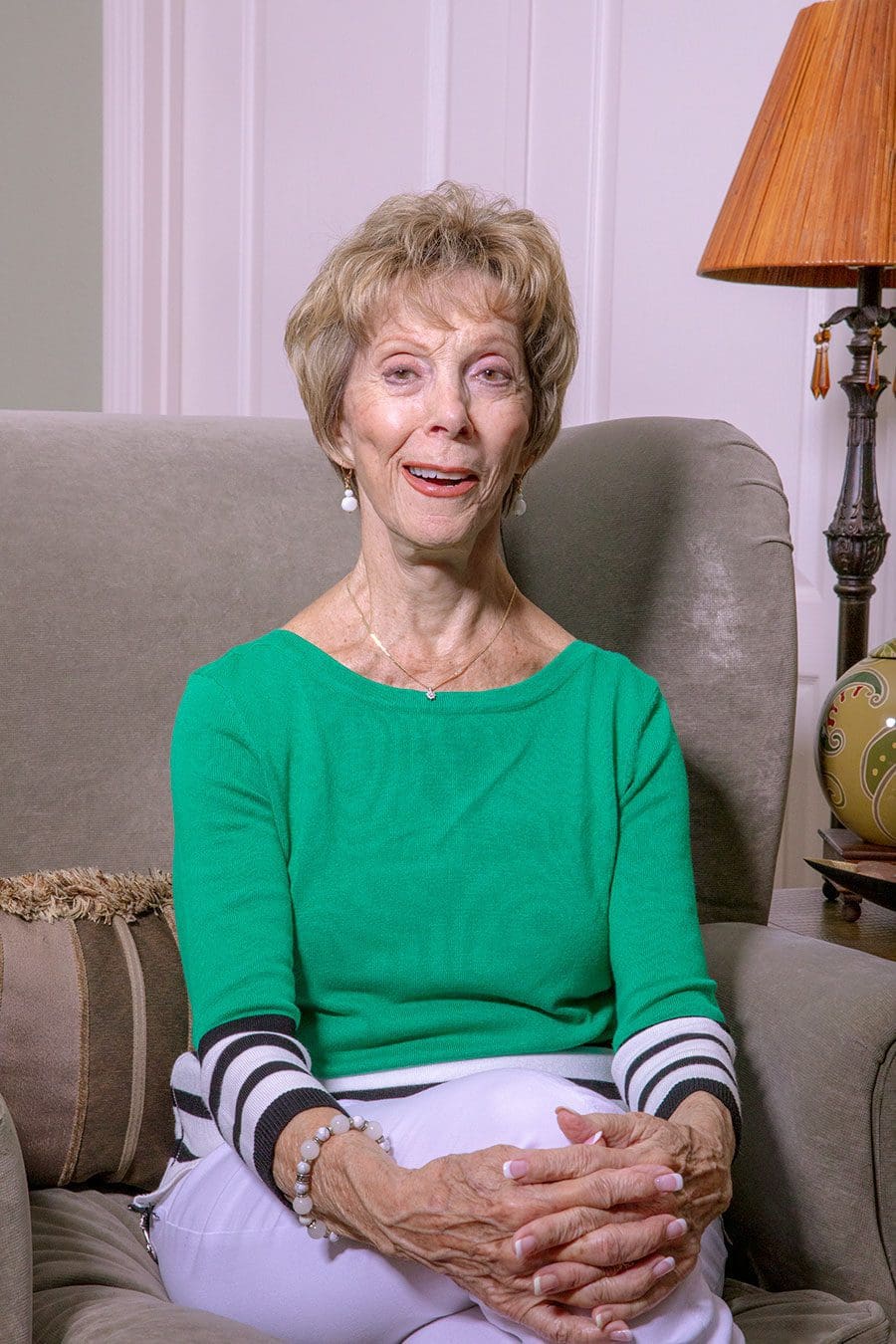 For Judy Flickinger, life during the past few months has been all about erring on the side of caution. Understandably so. In recent years, she has developed heart and lung problems.

“I don’t feel safe doing anything with anyone else,” says Judy, of the Village of Calumet Grove.

Despite isolating herself, she has discovered ways to stave off boredom. She watches TV with her husband and spends several hours each day playing online bridge through The Villages Duplicate Bridge Club.

“I’m not very physically active anymore, but thank God my brain is still working,” Judy says. “Being able to participate in bridge has been a blessing.”

She plans to carefully venture back out into public and is looking forward to her first haircut in months.

“Staying in the house all the time isn’t fun, but when you’re high-risk, you don’t have much choice,” Judy says. “I do look forward to returning to some semblance of a normal life. I’m just not sure when that will be.” 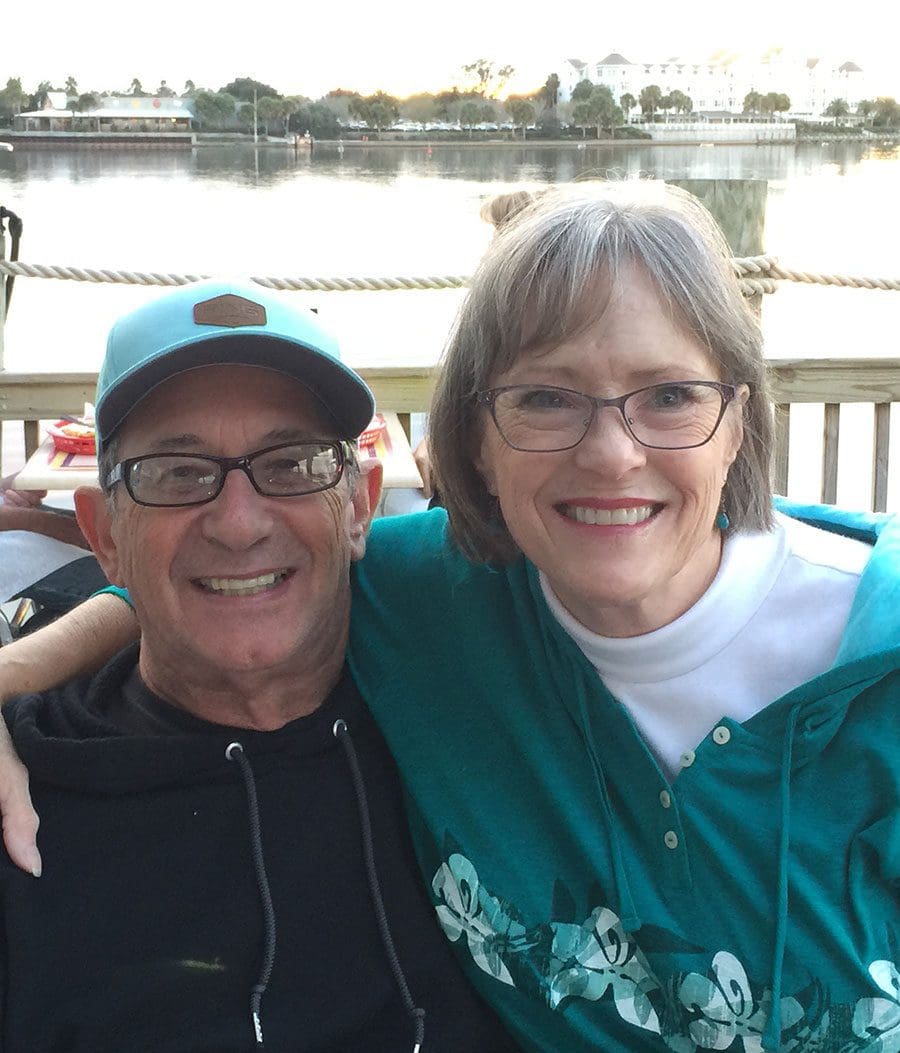 Lori and Jim Suitor also were especially concerned about COVID-19 because they’re older than 65.

“We were very cautious not to go out, and when we did, we were very careful about protecting ourselves,” Lori says. “We were a little concerned when we saw people who weren’t participating (in distancing and masks), and frankly, I still am.”

During stay-at-home orders, the Suitors spent time at their Village of Pine Hills home working on projects such as cleaning closets and painting walls and baseboards. They played Wii games, and Lori also enjoyed making cards and “driveway social distancing” with neighbors.

“It was a nice time for us to be sequestered and to do things,” she says. 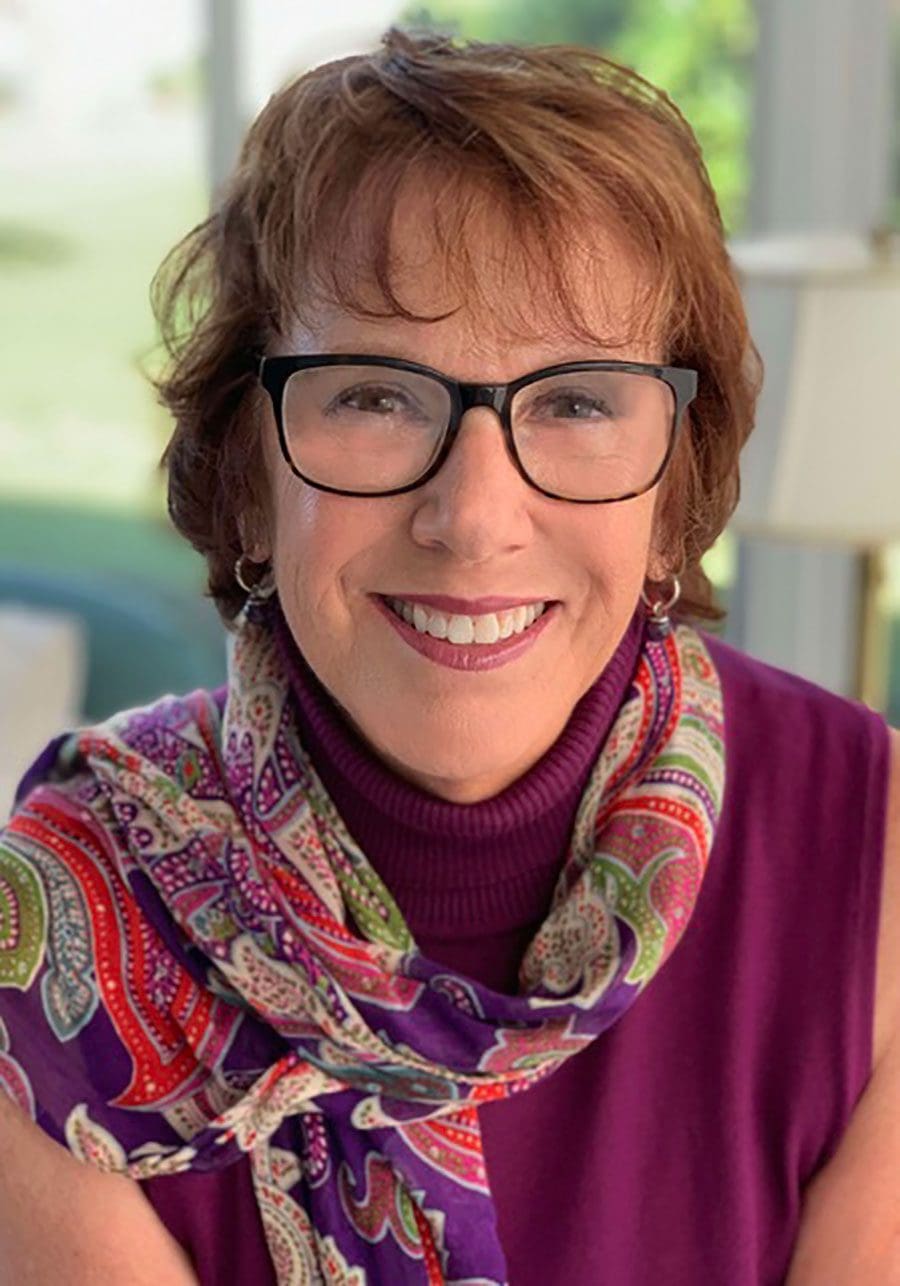 Many Villagers had to expand their frame of reference to keep in touch with their social groups, which were not able to meet while recreation facilities were closed. Diane Dean, a Village of Buttonwood resident who belongs to 12 groups, had her first experience with Zoom and video conference calls during quarantine.

Some groups have adjusted better than others, she says. The Writers League of The Villages has distributed its work and critiques via email, which has worked well for members. But larger clubs have seen attendance dwindle with Zoom meetings.

“So many just don’t want to do it because they heard about security issues or aren’t computer savvy and are unsure how to go about it,” Diane says.

“There may be some groups that find the Zoom method actually works for them and saves travel time in the heavier traffic season here,” she adds. “It just isn’t a warm, friendly way to converse, but it has saved us from standstill progress in groups.” 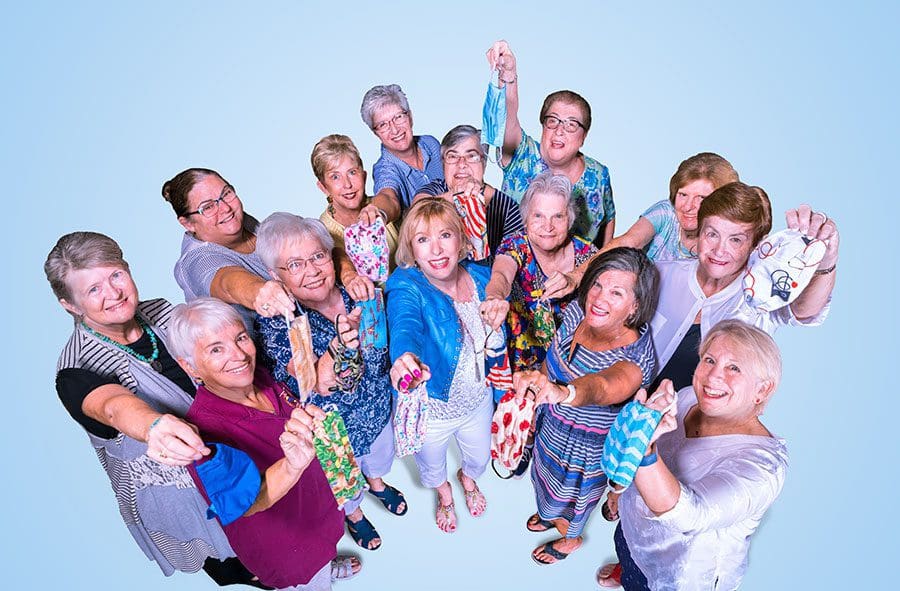 Members of the Quilting Guild of The Villages have kept their idle hands busy by sewing face masks. The guild has 23 chapters, and the Mulberry Quilters Chapter alone made an astounding 12,000 masks in a nine-week period through May. Other Villagers chipped in with materials. The masks have been distributed to relatives, friends and frontline workers in 82 different places across 18 states as well as a homeless shelter in Haiti.

The importance of the task is not lost on the quilters, says Linda Cancilla, the chapter president from the Village of Piedmont.

“I think about my mother during World War II,” she says. “She worked in a torpedo factory because the men were all at war, so the women had to work. She always talked about that. I think this is the same thing for our generation. People are doing everything they can do as Americans to help, and especially help the frontline workers. I think, other than having my children, this is the most important thing that I’ve been involved in my life.

“We just hope that it’s saving people’s lives,” she adds. 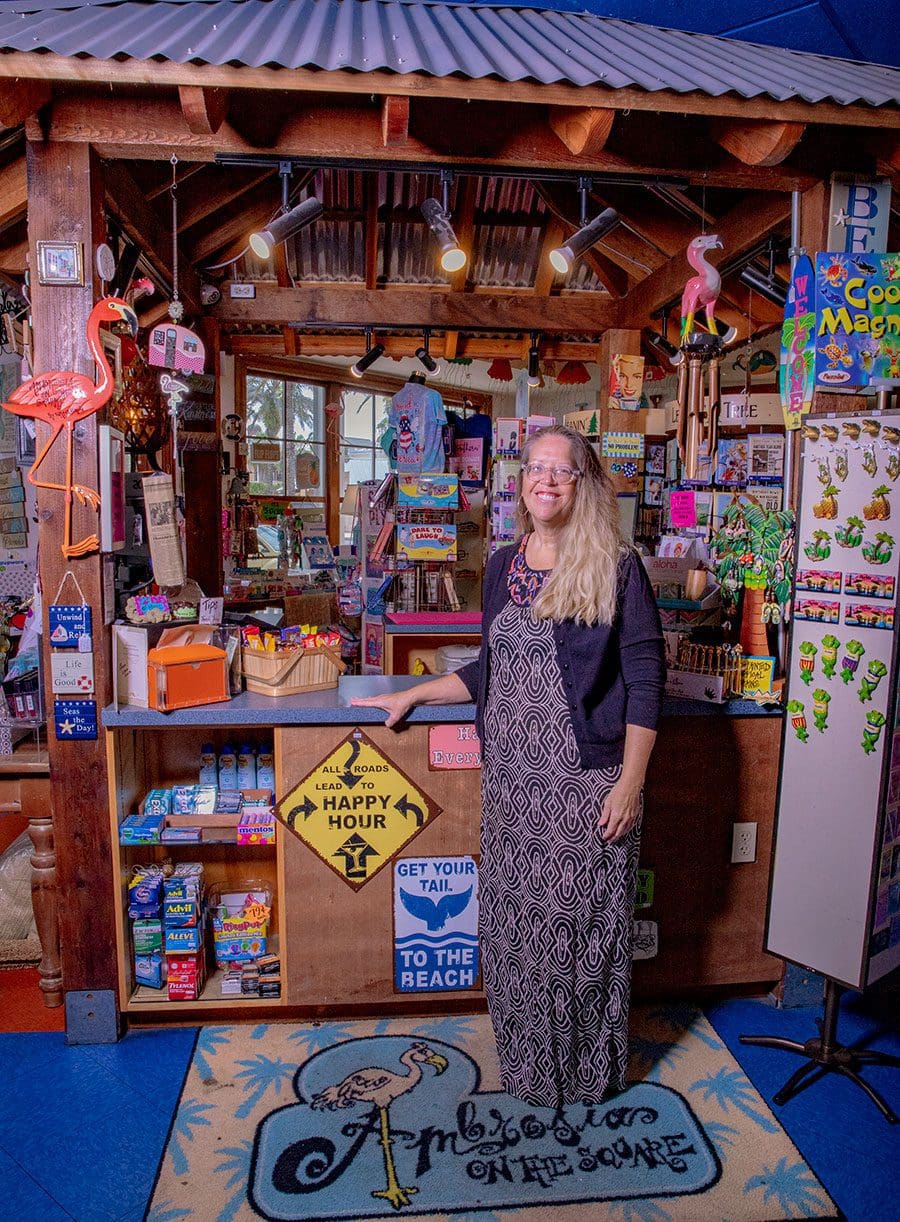 Health and safety were also on the minds of business owners. As owner of Ambrosia on the Square, one of the original businesses at Lake Sumter Landing, Laure Folland struggled with the choice to remain open or temporarily close due to the coronavirus. Her retail company at 1004 Canal St. sells not only Florida-themed gifts and home décor but also ice cream and baked goods, so she offered takeout service for several weeks.

“I knew our ice cream and goodies could sustain us,” she says.

In early April, however, she had a change of heart.

“I was grocery shopping for my parents, who are in their mid-80s,” she says. “I started wondering what would happen if I got the coronavirus and was asymptomatic but passed it to my parents. I wanted to be part of the solution rather than part of the problem and keep everybody, including my employees, safe.”

She closed her business April 3 and did not reopen until May 6. The Paycheck Protection Program, a loan from the U.S. Small Business Administration, allowed her to keep employees on the payroll.

Memorial Day brought in a steady stream of customers. However, business typically slows during summer, a time when she relies on Orlando vacationers who are visiting relatives in The Villages.

“I don’t know if many people will vacation down here this year,” Laure says. “Right now, who knows how and if we resurge back. We’ll keep moving forward and try to do our best.”

The gradual reopening of businesses had mixed results. While owners were happy to see customers, they faced a long climb to return to normalcy. 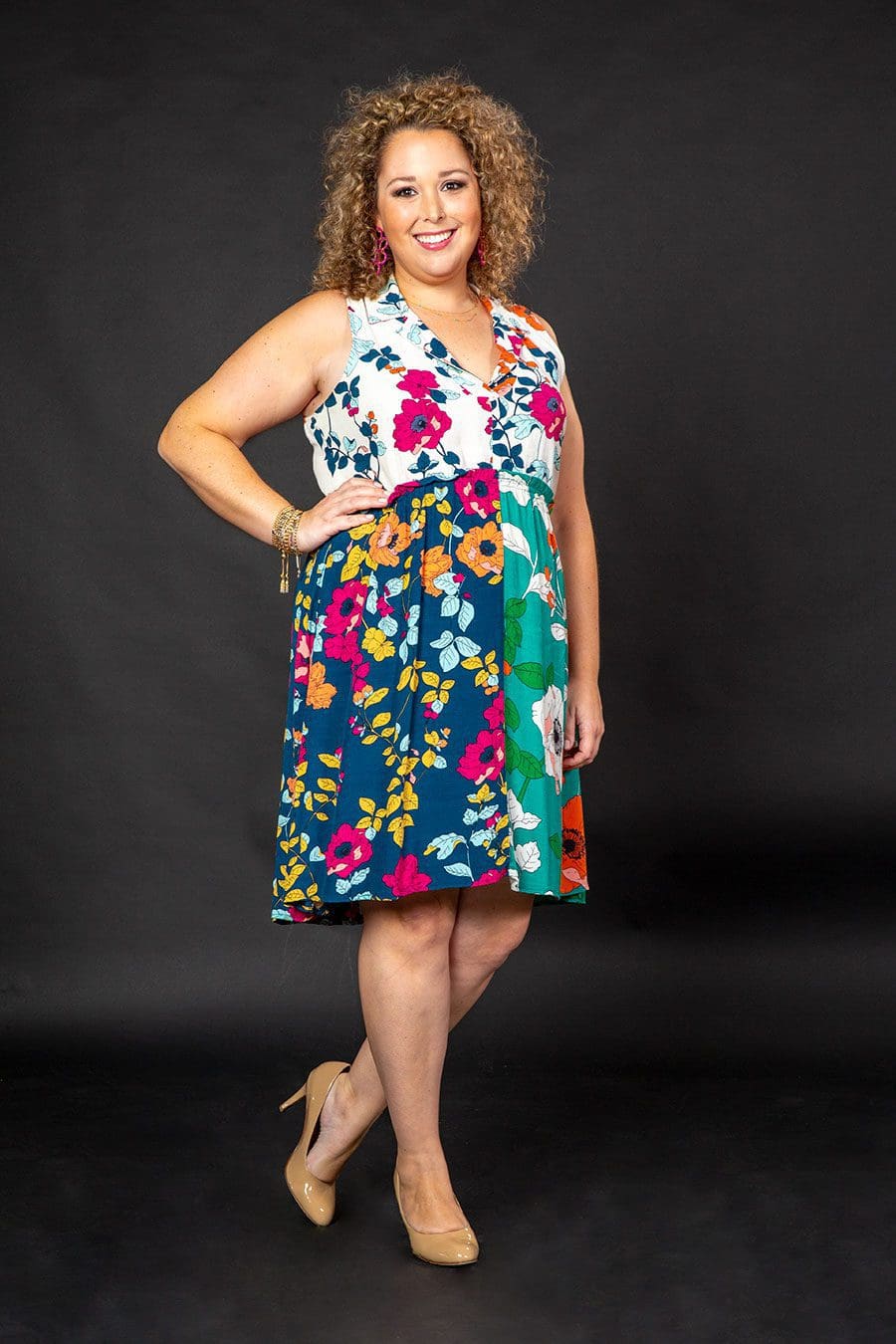 Shops such as Christine’s at Brownwood Paddock Square actually capitalized during the state shutdown by emphasizing more online business. The shop, which sells gifts, fashions and home accessories, offered customers “a virtual, personal shopping experience without leaving their homes,” owner Christine Chaloupka says. They were able to select and buy merchandise via FaceTime on their phones with the help of Christine or one of her associates. The shop at 3688 Meggison Road also provides curbside pickup.

“We have been doing lots of Facebook Live, too, where we had our own little home shopping network every week with people watching us on Facebook,” Christine says.

Christine was thrilled to welcome shoppers back inside the shop. Employees wear masks, and sanitizing precautions continue each day. She believes Villagers are doing what they feel is best for them.

“Some people are very happy to be getting back to a regular life, some are proceeding with different levels of caution and some are still staying in,” Christine says. “And I think that no matter what somebody does, that’s OK.

“I feel it is my duty as a shop owner to do whatever I can to make their lives easier,” she continues. “I want my store to be kind of a safe haven in a way—a place where we don’t need to talk about COVID, a place where you can rejuvenate and give yourself a chance to do everything fun instead of thinking of COVID, to just be this nice step away.” 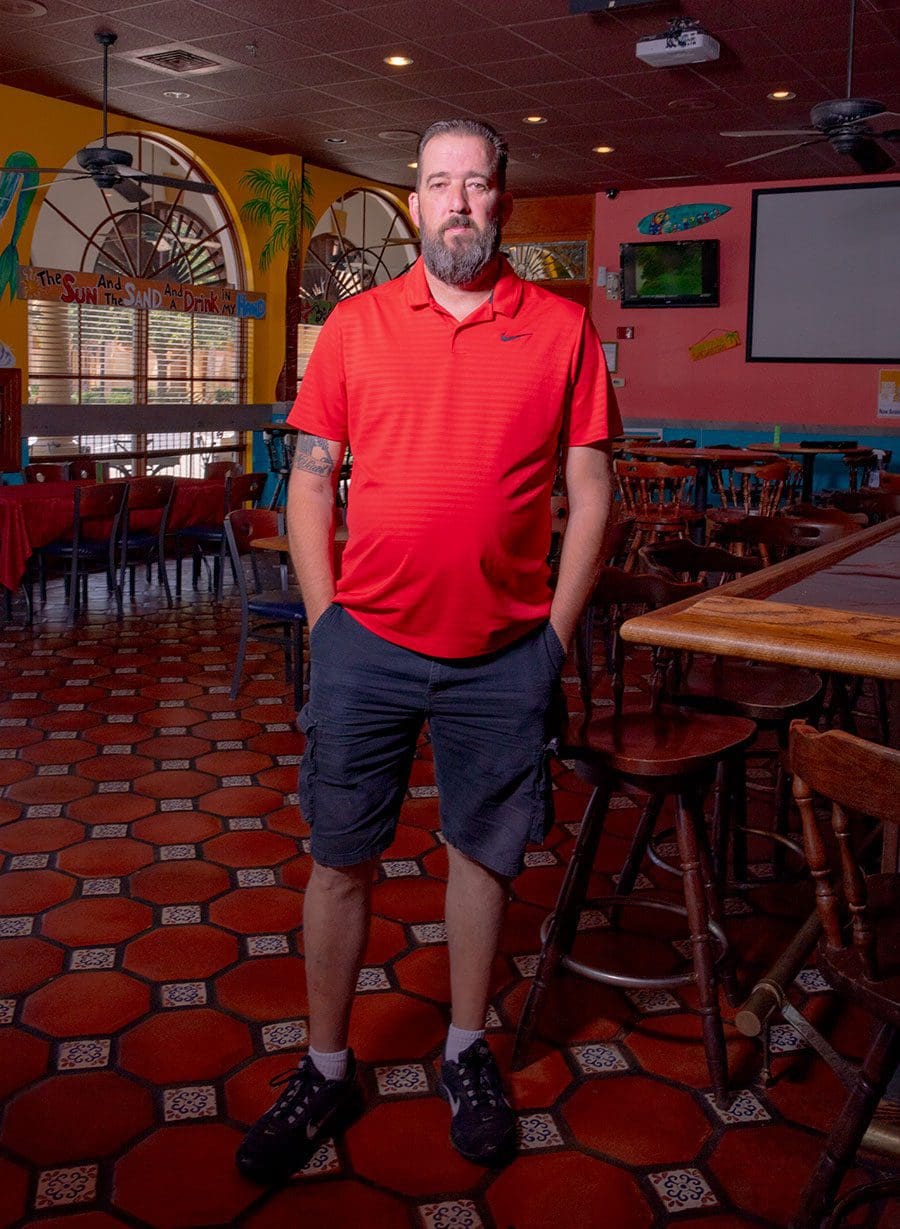 Mike Wilkinson, co-owner of Margarita Republic in Spanish Springs Town Square, was relieved to finally reopen after nearly seven weeks of being closed. He applied for a small-business loan when the governor declared a state of emergency, but 2½ months later, he had yet to receive a check. The owners initially brought back a few employees, with the hope of calling more back “as we get closer to getting through all of this,” Mike says.

Margarita Republic, at 1102 Main St., normally hosts four trivia nights that attract about 650 customers weekly. When it reopened in May, about 100 people came out for trivia, which is now only twice a week.

“With social distancing and stuff, that’s great because we can spread them out, but you can see the difference in what we had before to right now,” Mike says.

“We are in a community that’s a little older. The majority are afraid to come out, rightfully so. So, it affected us hugely,” he says. 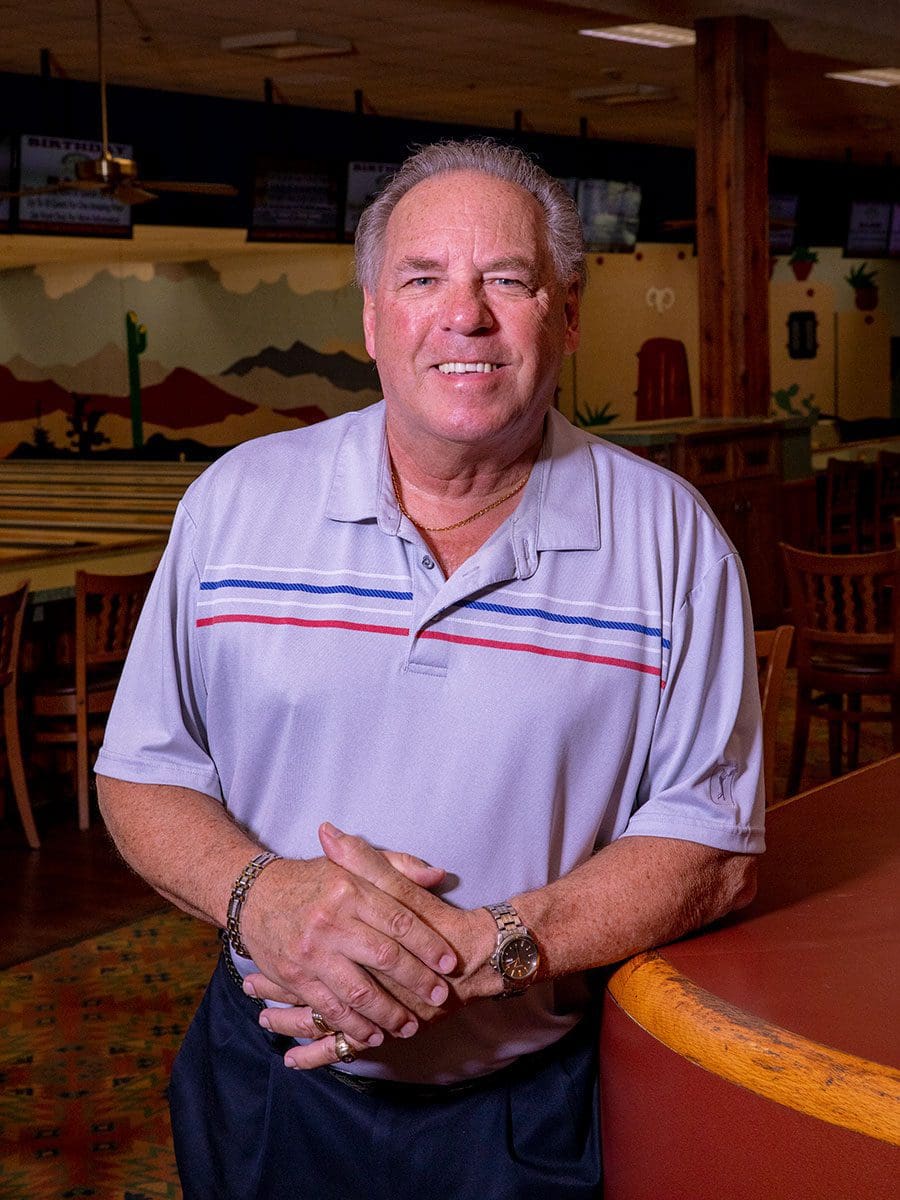 “Devastating” is the word Larry Ducat uses for the effect of the shutdown on his businesses. He and his wife, Sue, own Spanish Springs Lanes, 997 Alverez Ave., and Fiesta Bowl, 890 Avenida Central. The bowling centers were closed for two months.

“It’s money you’ll never get back,” Larry says of the financial losses. “And then when we did open up, you’re not doing the volume that you did when you closed.”

During the shutdown, Larry and his staff cleaned and painted the facilities and checked equipment. Larry and Sue, who also live in The Villages, spent their evenings playing gin on their lanai.

The lanes, along with their companion restaurants, McCall’s Tavern and the Pub at the Bowl, reopened at 50 percent capacity in mid-May. The patios were allowed 100 percent capacity, with proper distancing and no groups of more than 10 people.

“So those patios, needless to say, are popular,” Larry says.

Employees wear masks, but Larry doesn’t see a lot of masks on the customers.

He says: “I see people just become more accustomed to going out, and there’s very few (customers) that wear the mask—very few—and I see that they’re just ready for this to be over.”