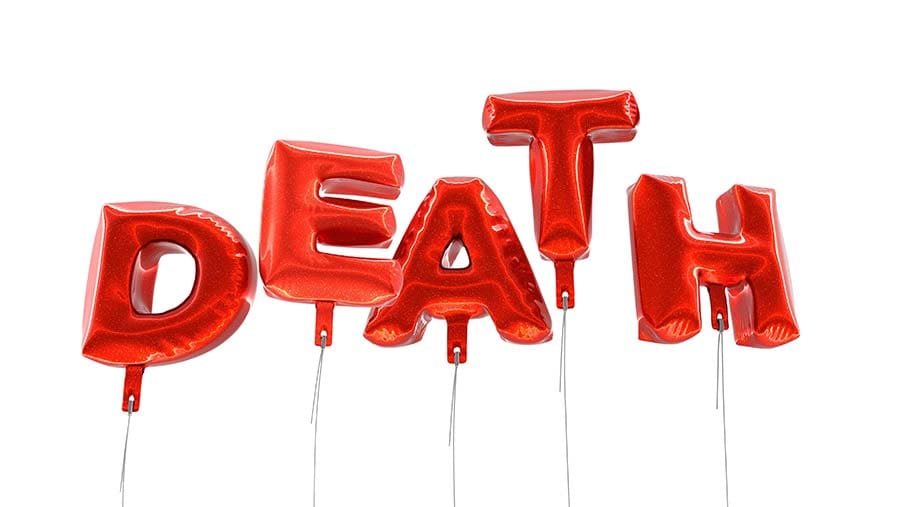 Death Café of Lake County invites you to sit down and talk openly about death. This is not a support group for any particular individuals—those who have recently lost a loved one or friend, those who have someone they know facing death, those who fear death, or even those who know their time on earth will soon end. It’s for all those people, and more. It’s a place to talk openly and safely.

Mark and Sue Pitra came to the café because recent deaths in their family left them feeling more could have been done to prepare.

“My family was so secretive about what happened in the family that my mother was 62 years old and went to get her Social Security and found out she was adopted,” Mark says. “Is there some way to avoid all the confusion with this stuff, to know what they want at the funeral, what to do with their belongings, or who do you tell, ‘I don’t want to live anymore’ and know it’s all right? There’s all that stuff surrounding death.”

Sue wants to be sure the people she loves are not forgotten. “So many people don’t want to talk about those who’ve passed,” she says. “We’re going to use their names—Cindy and Steve—so they don’t disappear. It’s hard for us to talk about death, but we’re at the age where we’re losing friends. I want to talk about it and demystify it.”

Mark Taylor, who is a funeral director at Hardin-Pauli Funeral Home in Eustis, admitted he attended the first meeting with a lot of skepticism. “I thought it was going to be hokey, but it was real people from their 20s to their 80s, and I’ve learned I have a lot to learn,” he says.

Death Café of Lake County is the brainchild of Gloria Savannah-Austin, a life-cycle celebrant in Sorrento. As a certified professional recovery coach, she brings understanding to the process of dying by using art therapy, music, writing, and other experimental activities to motivate clients to live to their fullest potential. 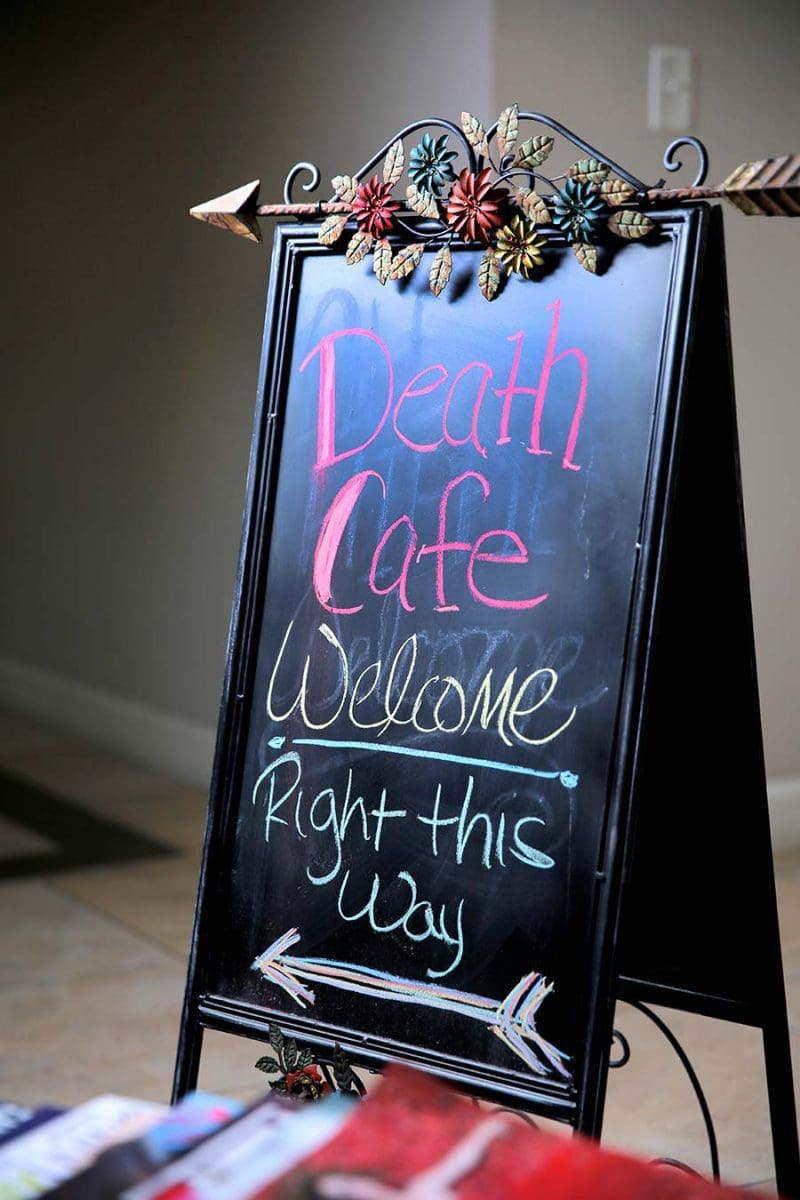 Others in the community who supported this idea included Kellie Morgan, who owns Home Companions, a home health service.

“We have seen people from all walks of life, some from as far away as South Florida at these meetings,” Kellie says. “It’s amazing to see people share their experiences.”

The group is supported by donations, though there is no fee for attending meetings. Kellie’s company provides tea and coffee; Steve Jannelle, CPA, and his wife, Pam, of Bad Ass Bee Collective, always serve wine and cheese, and others bring desserts for the group.

A card on each table provides ice breakers to get discussions going, and everyone is encouraged to introduce themselves and tell why they came to the meeting. From there, the discussions move from subject to subject with ease. After the brief break and a bite to eat, discussions resume, and attendees may sit at the same table or choose to sit with a new group at another table. 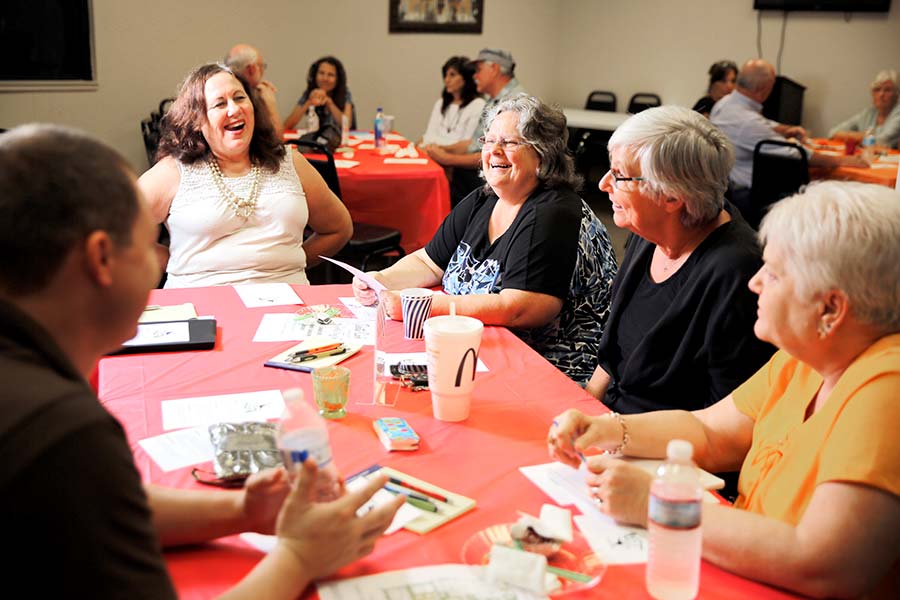 “I’m committed now to helping people live their best life,” Anita says. “In 2013, I lost five people in my family, and I thought I would never get through it. I was the black sheep of the family because I wanted to talk about it.”

Betty Ainslie is a nurse and encouraged those at her table to talk to their family doctors and make a living will.

“Get that paper that says you’re DNR (do not resuscitate), or they will begin CPR as soon as they see you,” Betty says. “Be sure your family is aware of your wishes and respects them. Make a will, or your underage children could go to the state. Be sure your papers meet the requirements of the state of Florida.”

“Death Café is self-directed discussion,” Gloria says. “People come with no agenda, and at every table is a person who has been here before. There’s no right way or wrong way to do the discussion.”