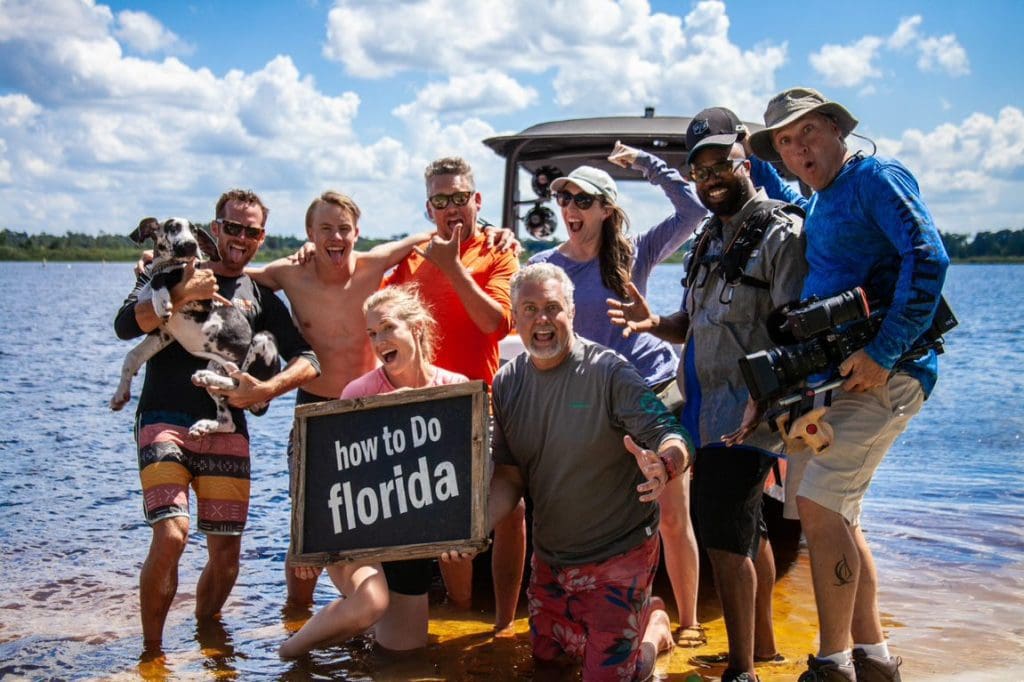 A ‘How to Do Florida’ production on location. // Provided photo

The popular television series “How to Do Florida,” which highlights Florida destinations and outdoor activities, is once again featuring Lake County—this time in an upcoming jetsurfing episode.

The episode will premiere in the Orlando market at 1:30pm Saturday, Aug. 17, on ABC Channel 9 (WFTV), a news release states. Host Chad Crawford, along with his wife Kristy, travel to Clermont and stop at Suncreek Brewery, Lake Louisa State Park, and JetSurf Orlando, where they learn to jetsurf on the calm waters of Sawgrass Lake.

“When people ask what my favorite part about hosting this series is, I say it’s when I hear how an episode inspired them to get outdoors and explore Florida; that’s the show’s mission,” Chad says in the release.

Over the past five years, “How to Do Florida,” has filmed segments at some of Lake County’s most treasured locales, from paddling along blueway trails on the Harris Chain of Lakes to exploring scenic views while backpacking along the federally designated Florida National Scenic Trail. The show also highlighted the underwater adventures at family favorite Alexander Springs, the release states.