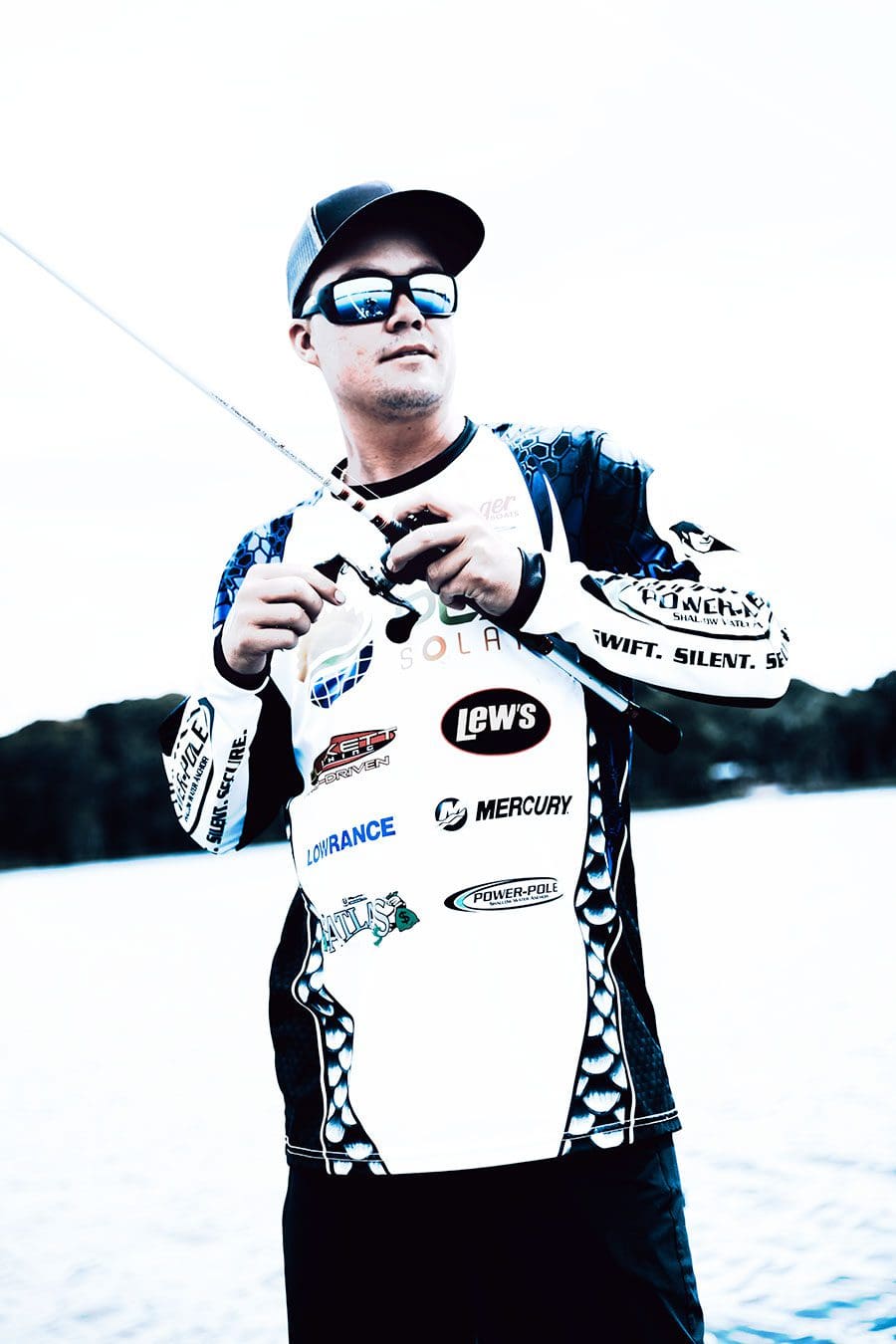 Fish tales can seem unbelievable. A fisherman spreads his arms as wide as possible, boasting about the size of the humungous bass he caught without witnesses or photographs. The story leaves one wondering whether he really caught a whopper or is telling a whopper.

However, there’s nothing fishy about Kennie Steverson’s most memorable catch. He was a 10-year-old boy fishing alone on a small Umatilla pond when a big bass hit the Texas rig worm he used as a lure. The fish put up a strong fight, but Kenny ultimately reeled in the 10-pound, 6-ounce bass.

Kennie’s fish tale comes with proof. That big bass hangs prominently on the living room wall of his Umatilla home.

Since that time, Kennie, now 23, has amassed plenty of other exciting fish stories to share. He began fishing competitively at age 14 and has fished some of Florida’s most prominent bass-filled bodies of water, including the St. Johns River, Lake Okeechobee, Lake Panasoffkee and Lake Tohopekaliga. In any given year, he competes in 50 to 75 tournaments.

In June 2019, he collected $1,500 for winning the Florida BASS Nation Folds of Honor Open Team Tournament on the Harris Chain of Lakes. During the one-day event, he caught five bass weighing a combined 24.38 pounds. Kennie currently sits in second place in the Harris Chain division of the Xtreme Fishing Series, an ongoing tournament in which fishermen accumulate points.

“Bass fishing is something I’ve always enjoyed since I was a kid,” he says. “I’ve always been competitive.”

To date, Kennie has never competed outside Florida. That will change in 2021. He plans on entering the Fishing League Worldwide’s (FLW) prestigious Toyota Series tournament on Lake Seminole near the Georgia-Alabama border.

“To be able to test my fishing skills against some of the top regional anglers is a dream come true,” he says.

Of course, like all fishermen, Kennie has experienced his fair share of bad days. A strong mindset helps him cope with setbacks.

Kennie is still chasing the dream of being able to quit his day job as a lineman and fish on the Bassmaster circuit for a living.

“I love fishing and I love being out on the boat,” he says. “When I’m out on the water it’s the only thing on my mind. I forget about everything else and don’t even look at my phone.”