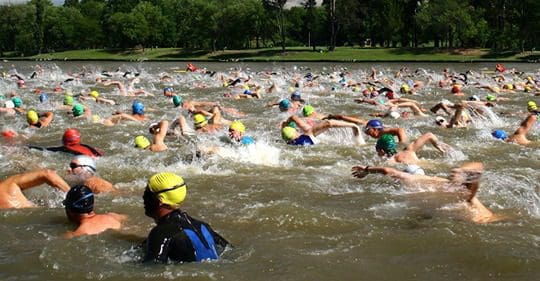 But next year’s competition is going to be extra-special. A lot more is going to be on the line since USA Triathlon announced this week that the 30th annual Great Floridian Triathlon is designated as the 2020 National Ultra-Distance Championship. The race is scheduled for Oct. 24, 2020, at the World Triathlon Destination in Clermont, a news release states.

Now in its 29th year, the Great Floridian Triathlon is the nation’s longest-running independent (non-Ironman-licensed) full-distance triathlon. Over the years, the triathlon has attracted athletes from all 50 states and more than 30 countries, and it’s known as one of the most challenging full-distance races in the country.

The Great Floridian Multisport Festival, scheduled this year for Oct. 19-20, stages triathlons at multiple distances, including a duathlon and aqua bike options that run concurrently with the Great Floridian Triathlon.

“We are honored to have the opportunity to host the USA Triathlon Ultra-Distance National Championship during the 30th running of the Great Floridian Triathlon,” Fred Sommer, event founder and longtime race director, says in the release. “The national championship designation is a testament to the event’s rich history and longevity, the strong community support, and the passion of the event management team.”

Registration for the 2020 national championship will open in early October. Details for this year’s and next year’s events can be found at greatfloridiantriathlon.com.