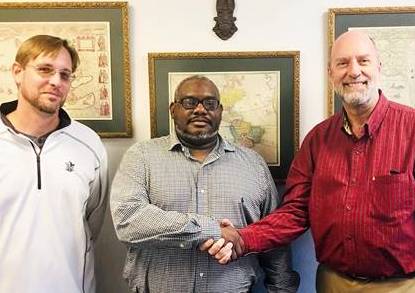 Fred, 46, served as defensive coordinator the previous two years and is a full-time math teacher at the academy. He has 19 years of coaching experience, beginning in 2000 at Florida Agricultural & Mechanical University High School in Tallahassee and including an assistant head coach position at Wildwood Middle High School. This will be his first head coaching position, a news release states.

“I’m very excited for the future and thankful for the opportunity to serve our student athletes,” Fred says. “I’m looking forward to hitting the ground running and adding to our incredible coaching staff as we continue to expand the already impressive First Academy-Leesburg football program.”

Fred replaces Kevin Scarbrough, the academy’s longtime basketball coach who also had been running the football program the past two years. He is turning his attention to his role as dean of students.

This past season, First Academy-Leesburg finished 5-5, earned a second straight playoff berth and won a first-round playoff game over All Saints Academy.

“The appointment of Fred Anderson adds consistency to our program,” Athletic Director Don Birdsall says in the release. “We are very happy to hire someone who has a current relationship with our students.”