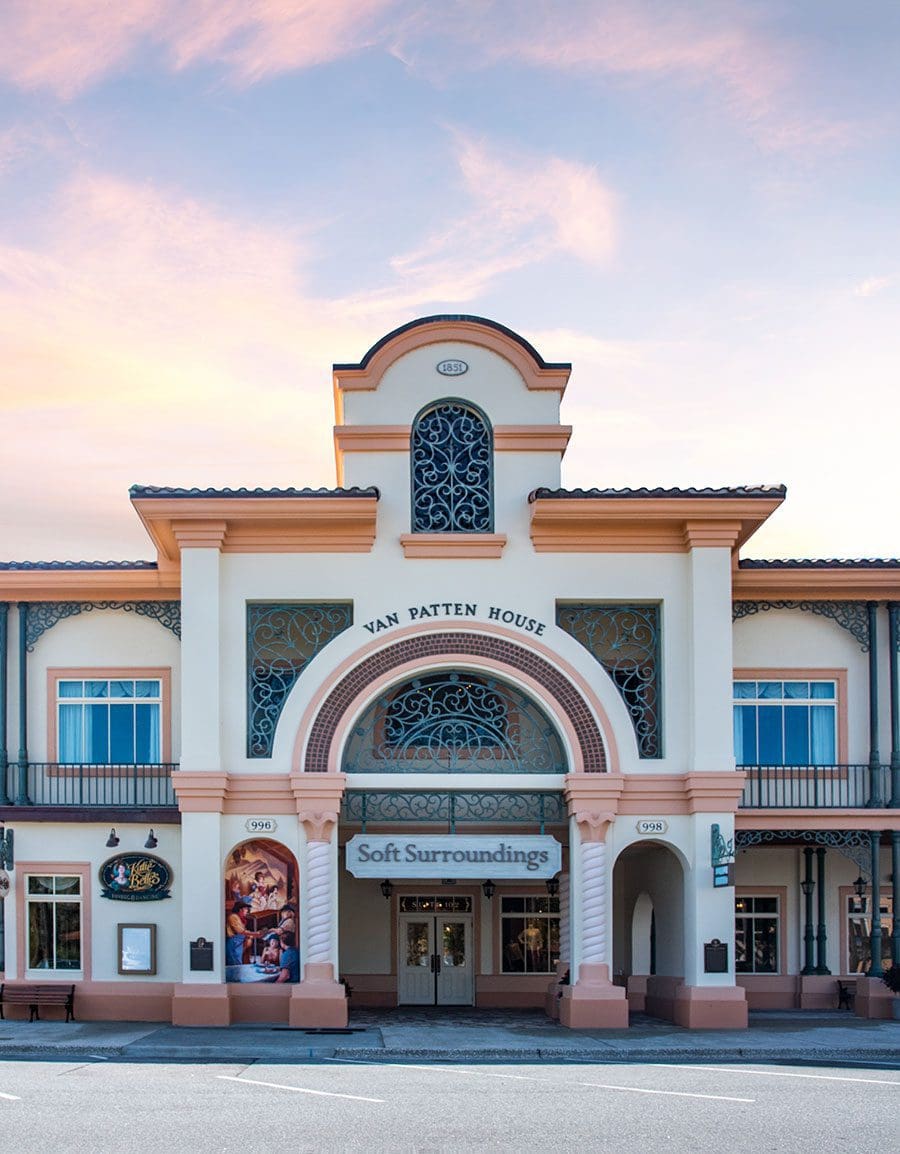 Katie Belle’s was quite a gal.

Elegant and refined, as welcoming as a lonely innkeeper.

Katie Belle was the undisputed queen when she appeared in The Villages 22 years ago, back when County Road 466 was two lanes and there weren’t any traffic signals between Lady Lake and Avenida Central. No Lake Sumter Landing, no Brownwood, no hospital, no polo complex, no homes in Marion nor Sumter, one softball diamond, no upscale dining and entertainment under one roof.

So, you can imagine the buzz in June 1996 when The Villages Vice President of Operations Mark Morse confirmed plans to build a theater, bowling center and restaurant/saloon at the corner of Alverez and Del Mar avenues?

Katie Belle’s Saloon and Music Hall cost an estimated $9 million, but the 17,000 who lived in The Villages in 1997 will tell you she was worth the wait. And it’s a pretty sure bet the Morse family recouped its investment.

The residents-only restaurant with dance floor, spacious stage and three bars was everything promised – and more.

“Honestly, when I walked in for the first time I thought, ‘This place looks like something you would find at Disney. It had an awesome old-time saloon feel, awesome decorations and a wonderful atmosphere,” says Mark Giblin, former employee of The Villages Media Group.

Giblin wasn’t the only one who appreciated the antiques and knick-knacks hand-picked by The Villages Director of Design Sharon Morse. Several items disappeared. The remaining artifacts were mounted to the walls.

That was just one unexpected occurrence. Upstairs, the combination of pool tables, dartboards and alcohol resulted in more than one altercation. The pool tables were removed. Downstairs, all was well. 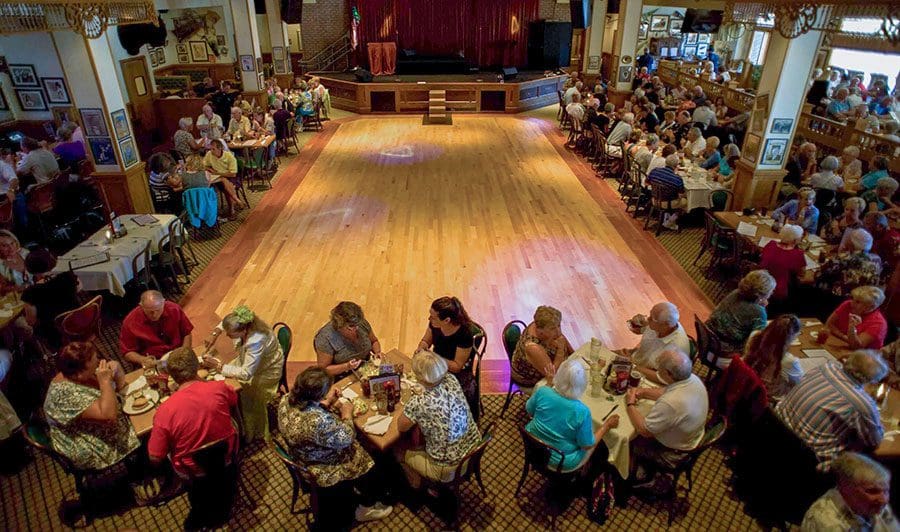 “Katie Belle’s was very nice! It reminded me so much of the Cheyenne Saloon at Church Street in Orlando. I loved that place. Gorgeous, 100% super! Katie Belle’s was just as classy…beautiful decor, great ambience, and the music was quality, plus a nice dance floor. It was a thoroughly fun and lovely place to go,” says BonnieJean Price.

Atmosphere and exceptional food set Katie Belle’s apart from the other 15 restaurants in The Villages. Hard to believe today, but options were limited when she opened in early January 1998.

“We loved the atmosphere and it was a great place to meet and get together with friends,” says Vicky Butler, who moved to The Villages from New York in 1995. “It was the place to take guests due to the unique atmosphere,” says Rich Sobieray, Sr., who moved to Florida from Ohio.

Even the outside held appeal. Countless group photos were snapped in front of a covered wagon. And most everyone read the “historical marker” detailing the pretend history of the building with the turn-of-the-century façade.

Folklore had Katie Belle’s opening in 1851 to cater to “…the increasing number of traveling businessmen and the growth of the cattle industry…” The Van Patten House was supposedly named after the principal investor, John Decker Van Patten of Jacksonville. “The hotel saloon, called the ‘Katie Belle’ after Van Patten’s wife, became a magnet for dusty, sunburned cowboys, gamblers and the men who were fast becoming cattle barons in central Florida.” That history appeared in a “Special Historical Issue of the Spanish Springs Gazette, a compendium of pseudo-factual, quasi-historical hyperbole and altogether fanciful tall tales depicting what might have been the incomplete folklore of a town that never was but very well could have been considering all the time and effort we have spent to make it seem real for your amusement and entertainment.”

Katie Belle’s was actually named for the mother of The Villages founder Harold Schwartz. Fittingly, Katie Belle’s was the site of birthday celebrations for Schwartz thrown by female admirers known as Harold’s Angels. Lots of people celebrated at Katie Belle’s.

The food was great!” says Vicky. “Best restaurant in the area with no competition. Their prime rib used to compare in size to Alfie’s,” says Rich.

Katie Belle’s was a must-visit in the days before The Villages dug a lake, built a four-lane bridge and constructed a second town square.

“When we had company from New York we always took them to Katie Belle’s. They all had a great time! We had many great times and loved the entertainment and dancing. We had dinner upstairs with family when our aunt Josie moved down! We even had anniversary dinners there and went to eat breakfast on many occasions,” Rich said.

Early on, patrons enjoyed a table-side salad wheel, a concept the Morse family employed in their pre-Villages days at the Country Kitchen at Brownwood Acres in Torch Lake, Michigan where the staff motto was “The handshake of the host determines the taste of the roast.” Sunday morning brunch was also a treat.

Norman Lee quickly emerged as the star. “Entertainment wise, Norman Lee was King,” says Sobieray. And he had an album to prove it. The album of “country music with a Caribbean rhythm” sold well in Florida’s Friendliest Hometown; not so well outside. 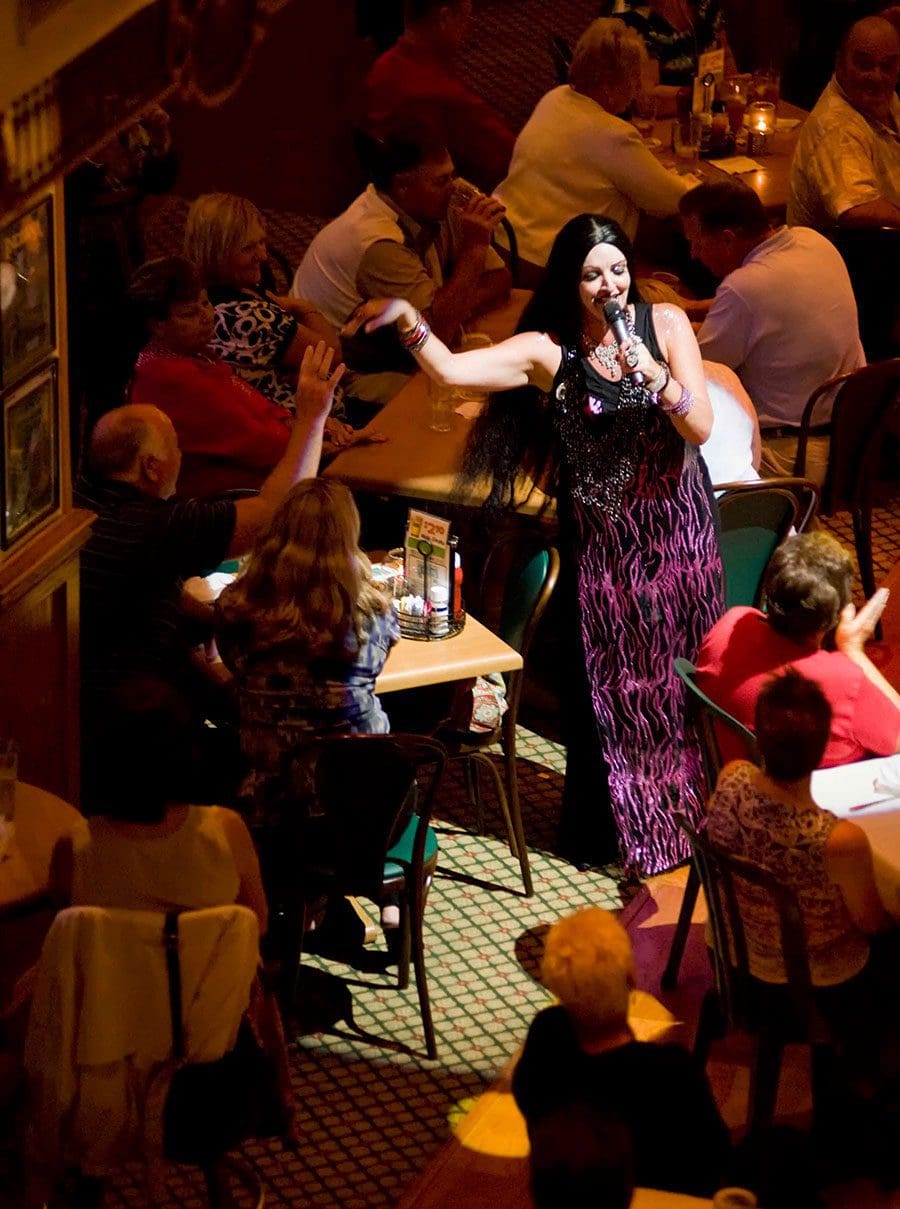 Lee was Ricky Nelson, Sinatra and Elvis rolled into one. Norm could get people out of their seats. The dance floor filled when the band performed the Boot Scootin’ Boogie, or Electric Slide. The late-night crowd often included lonely residents looking for love.

Some insist Katie Belle’s was frequented by single gals searching for sugar daddies and swinging couples interested in swapping. Stories persist of Villagers pulling house keys from a pile and going home with whoever owned the keys they selected. “Add that story to the famed Midnite Cowboy who didn’t have to throw in his keys,” says Rich. “Truth or fable? Probably both.” He then adds, “I am glad I was never on the prowl.”

“We loved the atmosphere and it was a great place to meet and get together with friends.”

Rumors of Viagra-induced hanky panky were fed by the publication of Leisureville, which included boasts by a character who called himself Mr. Midnight who claimed his only worry was having enough Viagra for his nightly conquests in The Villages.

Alex Wayne, a former newspaper reporter who frequented Katie Belle’s, didn’t see anything sleazy about Katie Belle’s. “[Crazy] Gringos was where the ‘lounge lizards’ went — Katie’s was just folks having a good time. I enjoyed it. It was a genuinely a nice place to hang out after work.”

For more than a decade, Katie Belle’s was the undisputed good time gal. But no queen rules forever. When did she lose her crown? “When Lake Sumter opened. More choices. But more choices began to surround Katie Belle’s. Longhorn, Carrabba’s, et cetera,” Rich says. “They could never sustain the competition from other fine food choices.” 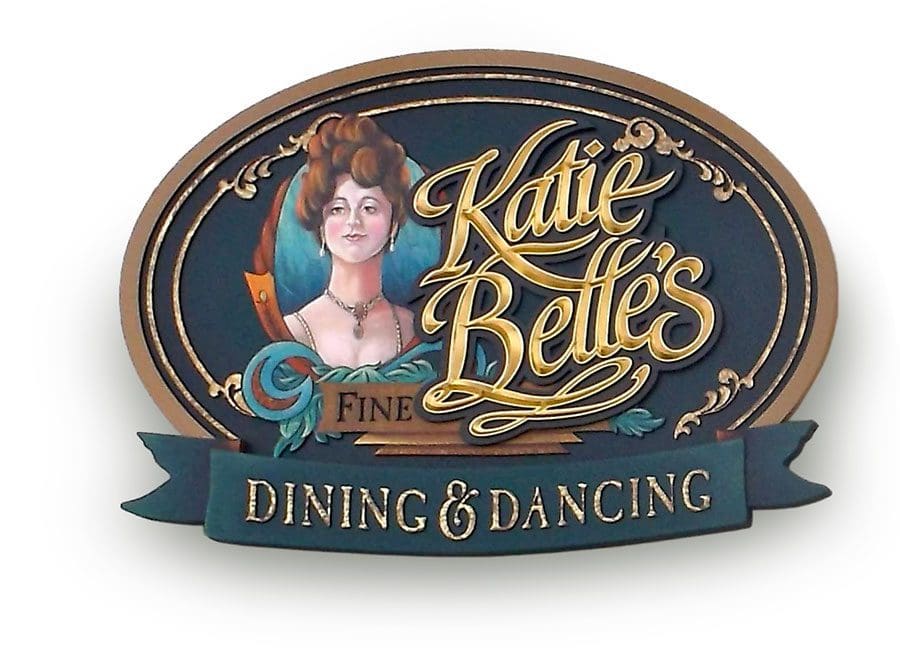