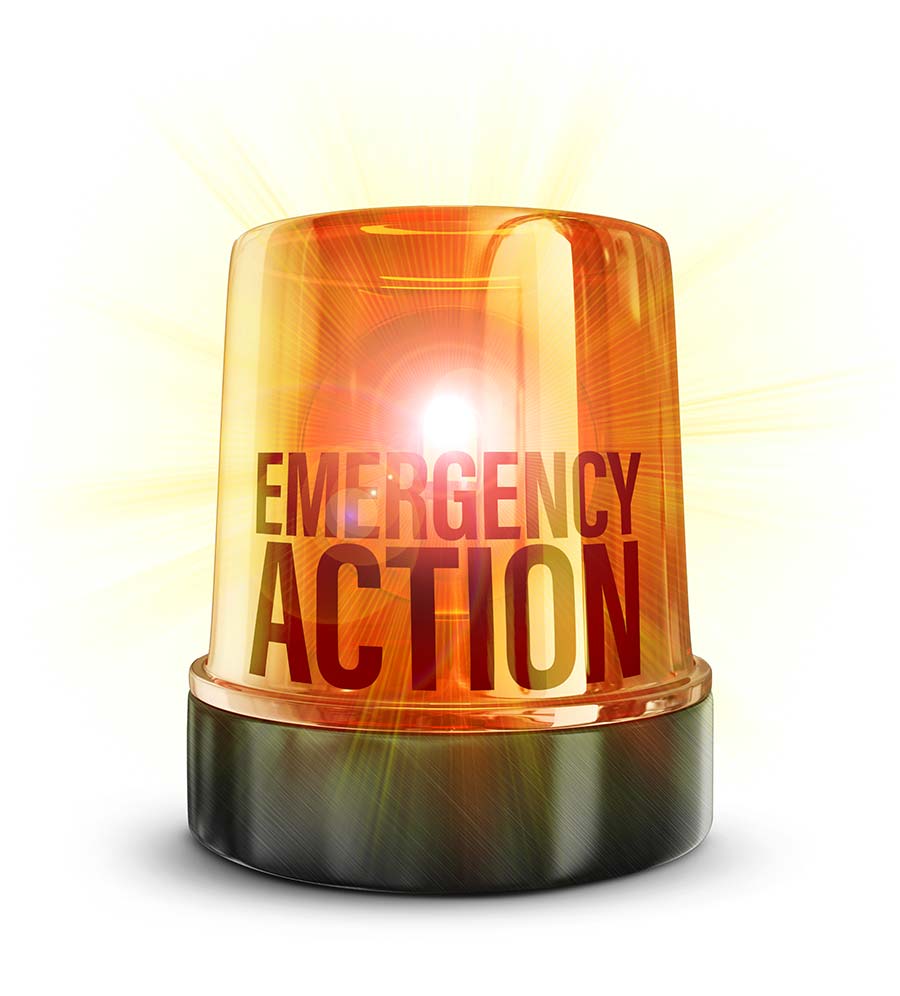 Right around the corner. That’s the timeframe and the location for two new South Lake Hospital facilities being built to potentially serve thousands of patients in Lake County.

The hospital is reaching well beyond its main campus in Clermont to cover its service area from north to south and increase access to health care, especially emergency care, for a growing population. 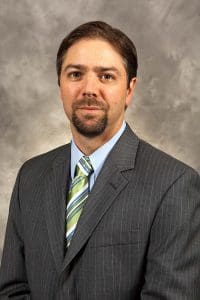 Two satellite pavilions, one in Leesburg to the north and the other in Four Corners to the south, will have freestanding, full-service emergency departments capable of providing patients with all the services they receive at the main campus, says Dr. Jeffrey Fitch, hospital chief of staff.

“We’ll do everything we’re doing at the main campus pretty much in their backyard,” he says. 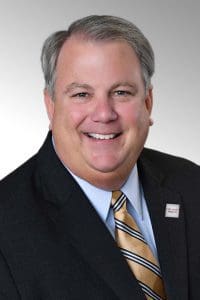 Lake County is growing, more people are moving into the area, and more areas are adding developments.

“In the health-care sector, this is the response to the growth we’re seeing in the market,” he adds, referring to Florida Hospital Waterman breaking ground this summer on a $73 million expansion of its emergency department in Tavares. Leesburg Regional Medical Center is also enlarging its emergency room in a $27 million project.

Crews broke ground in January on the 20-acre property at 22316 U.S. Highway 27 near Blue Cedar Road and Florida’s Turnpike, and 13 miles north of the hospital’s main campus. The site was part of approximately 42 acres of former citrus groves annexed into the city of Leesburg in February 2016, just before the hospital announced its plans.

The city annexed the land at the request of G3 Development of Mount Dora, which is constructing the Blue Cedar pavilion as part of a multi-use development. The building will be leased to South Lake Hospital, but the hospital will fund other projects with its own dollars, John says.

The construction of new businesses means increased tax and utility revenues for the city, with increases continuing over time.

The location will be a gateway into the city, and more growth and land annexations along U.S. Highway 27 are expected, Leesburg City Manager Al Minner says. That’s because the city has an Inter-Local Service Boundary Agreement with Lake County that defines which agencies provide municipal services to specific areas. Leesburg’s service area extends to near the 27/Turnpike interchange making the hospital satellite an ideal part of the city’s growth.

“The medical field is a targeted growth industry that provides additional jobs, investment, and opportunities,” Al says. “The health care pavilion fits in well with the city’s economic development goals.”

Four Corners is where Lake, Osceola, Orange, and Polk counties intersect. The area’s first emergency department will offer similar services and leading-edge technology as the Blue Cedar facility, but in a two-story, 40,000-square-foot building on a smaller parcel of land about 15 miles south of the Clermont campus.

Construction began June 1 on U.S. Highway 27 just north of U.S. Highway 192 near the Walmart Supercenter. The land was donated by the Scotts, founders of Exploria Resorts, which owns property adjacent to the pavilion and plans to develop a professional office village, hotel, and up to five restaurants, a hospital news release states.

The focus of both new satellites is emergency care, Dr. Fitch says. As the emergency physician lead at South Lake Hospital, he will oversee both sites, each of which will have its own assistant medical director reporting to the main hospital. The hospital’s emergency department will staff the satellites with board-certified emergency room physicians, but Dr. Fitch will hire five new physicians for each location. 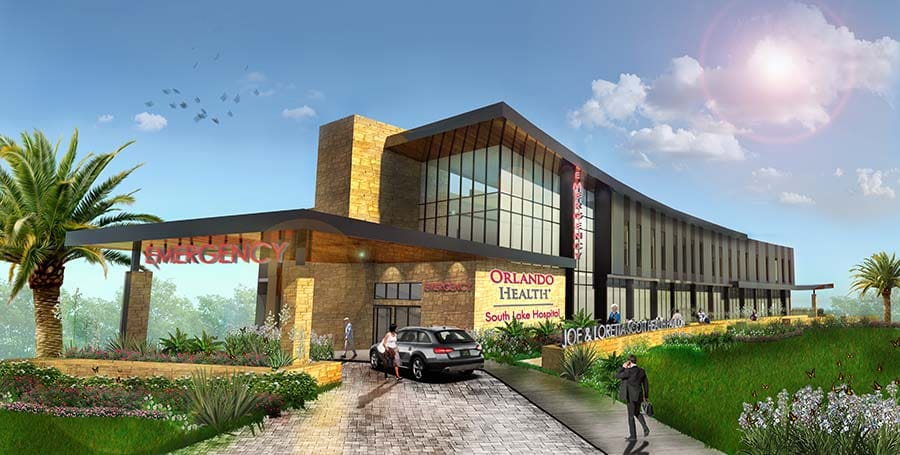 “The goal is to have a core group of physicians and rotate them as needed,” he says.

The hospital’s concept was to place the satellite campuses in strategic areas. The Blue Cedar pavilion is about two miles from the northernmost point of South Lake Hospital’s health-care district, and the Four Corners pavilion is in the southernmost part of the district, John says.

The placements will make health-care access significantly more convenient for the many patients who drive to the Clermont campus from those very areas, Dr. Fitch says. Patients are telling hospital staff they’re excited about the pending arrival of the new facilities, he adds.

“With the growth in Lake County and south Lake County, certainly we have the need for expanding ER services in this area,” he says.

The simultaneous projects are driven by current and projected needs based on growth, John explains. The hospital cited 2010 census data showing Lake County’s population is projected to increase more than 12 percent by 2020. Both health care pavilions have been designed to accommodate more advanced services as needs increase.

One example of the growth is The Villages’ ongoing expansion frenzy in the north, which includes a land purchase in Leesburg.

“We anticipate additional growth in the northern area and we’ve already had tremendous growth in Four Corners, and that area does not have a lot of health-care access close by,” John says. “With The Villages expansion and several other developments, that area is going to grow as well.”

The expansion of the surgical and ER spaces at the main campus began in 2016, marking a new era for the venerable institution. Founded in 1947, South Lake Hospital has 170 beds, including the 30-bed SkyTop View Rehabilitation Center, nearly 1,500 team members, and more than 300 physicians on staff.

But in recent years, the number of patients treated in the emergency department has increased by the thousands. Renovations will include additional exam rooms and treatment spaces, an improved and expanded waiting area, better parking, and relocation of the helipad, John says.

The hospital recently doubled its clinical decision unit beds to 25, says Kim Couch, director of National Training Center/community relations. The additional beds, used while determinations are made on patients, help ease congestion in the busy ER.

With planning complete and construction in full swing, the most difficult parts of South Lake Hospital’s three-site expansion are well under control. The only remaining task will be to open the doors and serve the community.