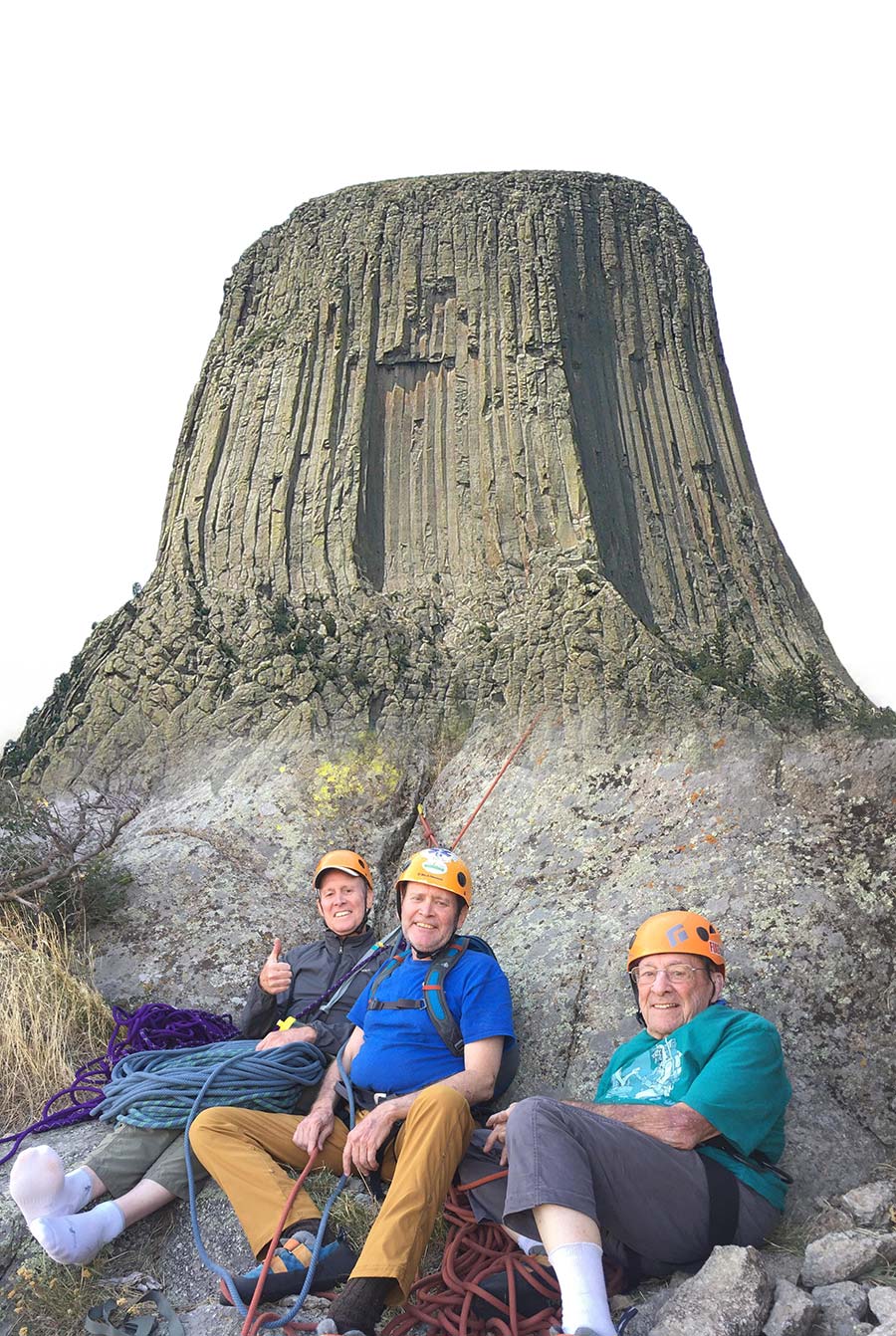 Throughout my life, I’ve spent days waiting for the future rather than living in the present: waiting to be a certain age or weight, or thinking I had to be married, then have kids and grandchildren, or some other fill-in-the-blank reason to pursue certain adventures.

On Sept. 9, the day after turning 91, Bill wanted to become the oldest known person to climb to the summit of Devils Tower in Wyoming. He succeeded! The best part of all, he says, was having his sons, Bill and John, accompany him on the last of his bucket list goals.

“I was really proud that both of them were willing to do it, and that they helped me do it,” he says.

“It was like waving a red flag in front of a bull,” John recalls of his father’s determination to climb to the summit of Devils Tower, a butte that stands 867 feet from base to summit. His dad became motivated after seeing an article in National Parks magazine about another senior climber who had the record as the oldest to reach the top.

“Reading about the 87-year-old did make me want to do it,” Bill admits with a chuckle about wanting to break the record.

He practiced with ropes, learned a new climbing technique, and along with his sons and two guides, ascended the tower’s Tad 5.7+ route, the number signifying an intermediate degree of steepness and difficulty on a scale up to 5.15. The climb was a 16-hour journey to the top. Coming down involved launching backwards off the tower to rappel to the ground.

It was tougher than Bill expected, but well worth the effort.

“I pretty much have done what I’ve wanted to do,” the nonagenarian adds, reflecting on his life. “I’ve walked down the Grand Canyon twice, climbed the top of Grand Teton, camped at Yellowstone in the winter by myself, and things like that.”

Bill’s love for adventure inspires me, and he proves that life should be filled with unforgettable, enjoyable moments that we take the time to make happen at any age.