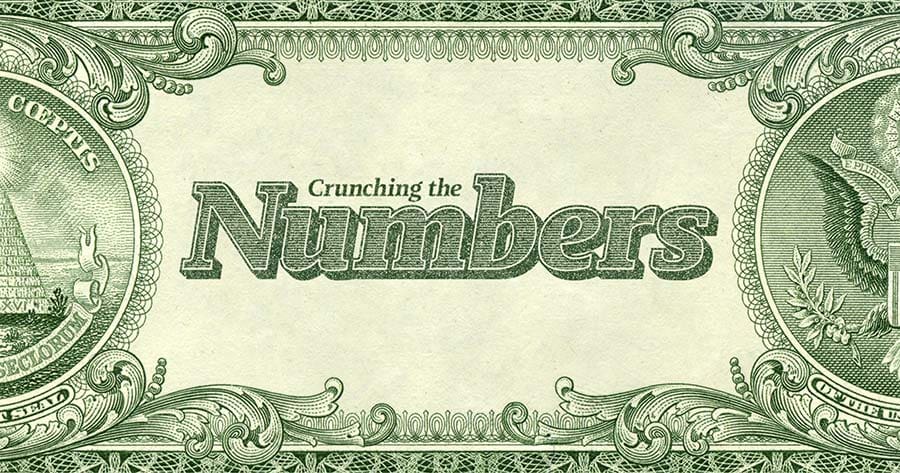 The new tax law looks good on paper for taxpayers’ returns—more or less.

You know the old adage about death and taxes, the only two certainties in life. The Tax Cuts and Jobs Act passed in December won’t change that adage, but the pocketbook impact on Joe Taxpayer remains anything but certain.

No less an authority than the Internal Revenue Service is grappling with understanding the new tax law, widely described as the “biggest tax change in 30 years” because of its scope and its effects.

“We’ve had changes, but nothing as substantial as this,” says Rebecca Higgins, an IRS enrolled agent and a tax preparer in Bushnell.

The IRS is issuing daily bulletins to preparers about all those sections and subsections, forms X, Y, and Z, and catch-22s that most “laymen” find difficult to grasp. Professionals say that while the law is clear, the IRS’ work—on its application, regulation, and implementation—is not yet completed.

But most experts, from locals like Rebecca to global advisors such as H&R Block, agree on the bottom line: most taxpayers will pay less tax, with the key word being “most.” There is no “average taxpayer,” so whether your income taxes rise or fall depends on your situation.

Here’s what is known about the new law, which starts with the 2018 tax year and extends through 2025: the big changes involve revised tax rates and tax brackets, an increased standard deduction, and the elimination of personal and dependent exemptions. And the law affects all taxpayers, from individuals to families to retirees to business owners.

“I think for the most part, it is a good thing,” Rebecca says. “I think we’re going to see less people itemizing based on the fact that the standard deduction has doubled, so for the general public, that may allow more people to do their own taxes now.” 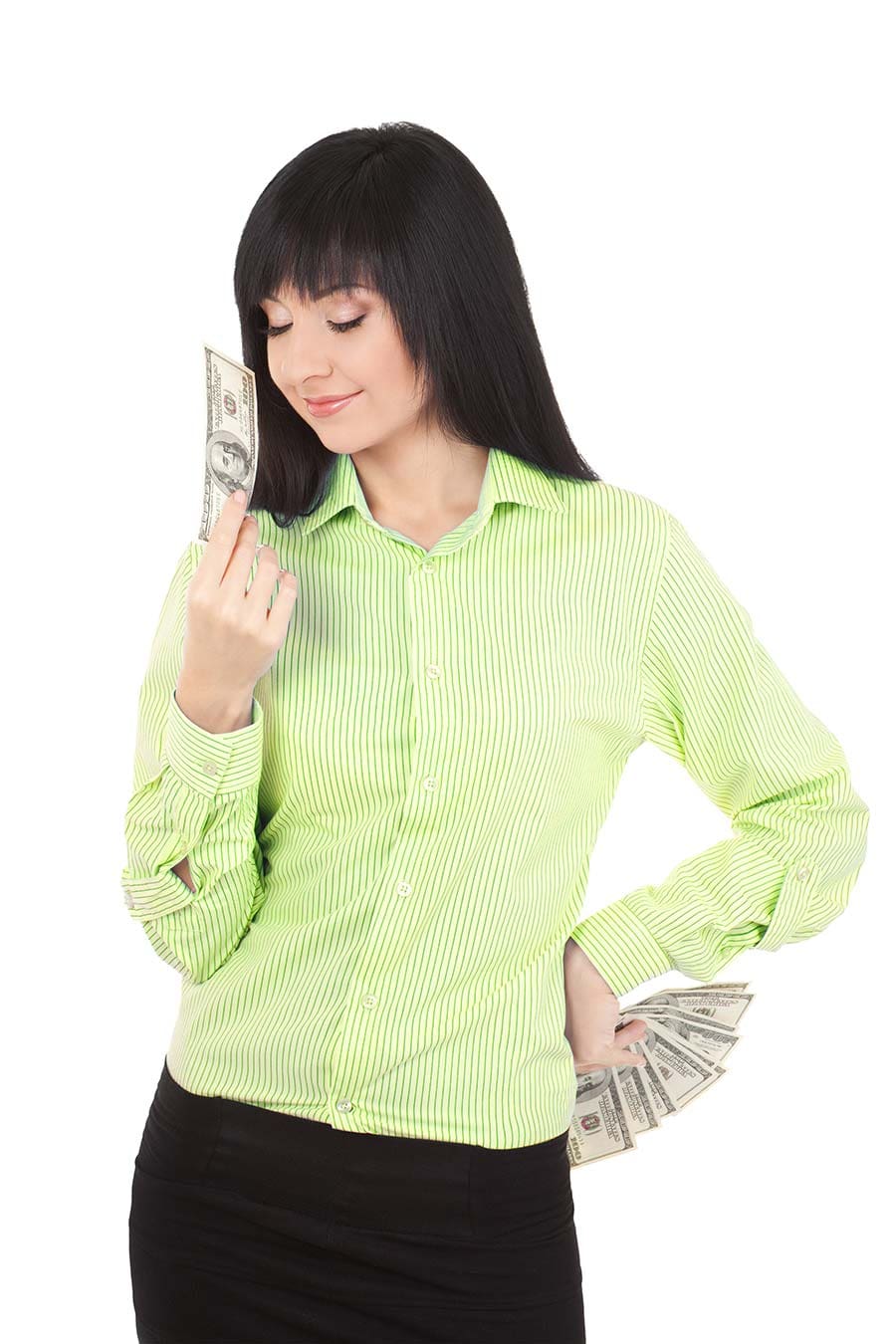 The tax rate tables changed for all the filing categories, including single, married filing jointly or separately, head of household, and qualifying widow or widower. Seven tax brackets remain but have been reduced (to 10, 12, 22, 24, 32, 35, and 37 percent), and the income thresholds for each bracket have been increased. So, for example, if a married joint filers’ income is $77,400, they now would be in the new 12 percent bracket instead of the old 25 percent bracket, according to a comparison chart at turbotax.intuit.com.

One of the biggest questions for taxpayers is whether they are withholding too much tax or too little. For people with simple tax situations, the new tax tables are designed to produce, as closely as possible, the correct amount of tax withholding, according to an IRS news release. Many workers saw a little more money in their paychecks starting early this year as a result of the new tax tables.

People don’t need to fill out new W-4s now. The IRS is encouraging people to check their withholding on the new 2018 Form W-4 and the new withholding calculator available at irs.gov. For 2019, the IRS anticipates making further changes involving withholding. The IRS will work with businesses to encourage workers to file new W-4s next year, a news release states. Some of the smaller changes in the law, as well as a budget bill passed in early February, may affect 2017 filings, but taxpayers can always file amended returns, one local tax preparer says.

The standard deductions now will be $24,000 for married taxpayers filing jointly, $18,000 for heads of households, and $12,000 for single filers, according to the legislation. 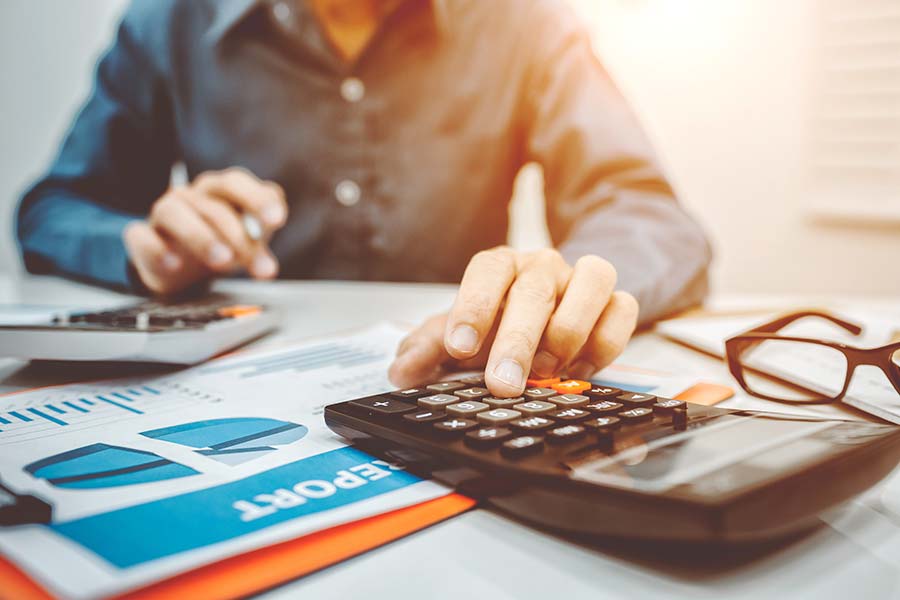 While the doubled standard deduction may sound great, the loss of personal and dependent exemptions could offset it. Someone with two or three kids probably won’t see much difference, but someone with several kids likely will wind up paying more tax, Rebecca says.

“I think in the long run, it’s going to be a wash for most,” she says. “It’s really hard to say until you have actual figures.”

On the plus side, the calculation for the child tax credit has been revamped, with the qualifying age extended from 14 up to 17 at $2,000 per child. Once a child reaches 17, if they’re still your dependent, you can get a $500 credit for them, as well as for adult children with disabilities or parents living with you. The income level for the child tax credit also has been changed significantly, allowing more families to take advantage of it, Rebecca says.

The revised standard deductions have many taxpayers feeling like they’re losing their itemized deductions, even though that’s not necessarily the case, says Dawn Mainville, of Go Figure Tax Solutions in Leesburg. Naturally, she’s fielding a lot of questions from clients.

“Everybody’s concerned about what’s to come,” she says. “They’re concerned about their tax planning and what to do for this year, and about how the new code is going to affect their bottom line.”

Naturally, if someone is going to prepare taxes, they need to be educated on the new law, too. Rebecca recently watched a webinar hosted by Bob Jennings, a nationally known certified public accountant and IRS enrolled agent with offices in Florida. He presented a continuing education course on the new tax law.

Rebecca highlighted some of the other categories discussed: 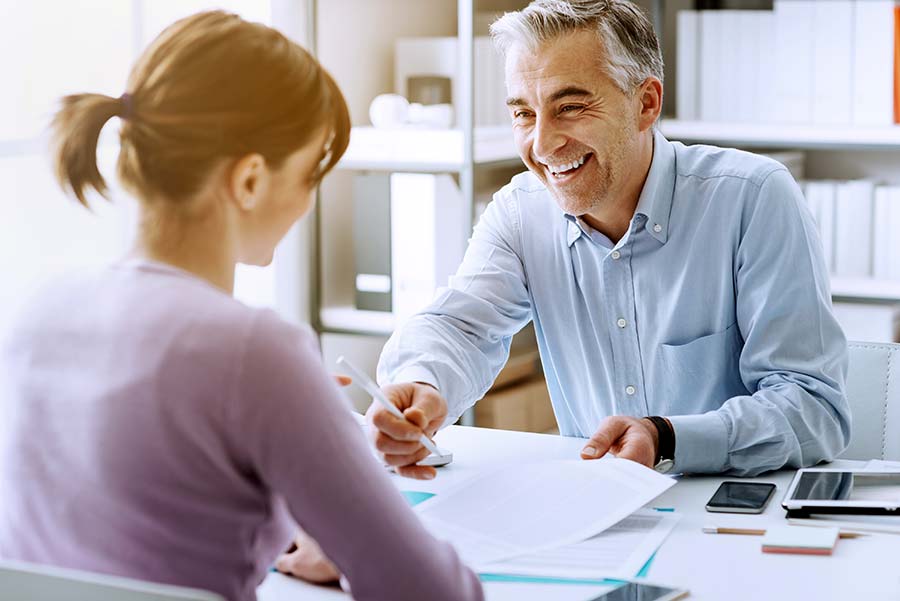 That’s a lot of changes. But it’s nothing compared to the drastic overhaul proposed by one group of income tax opponents.

“It’s a move that’s better than what we had, but nowhere near as efficient and effective as what the Fair Tax would be,” says Pat Giannini, of Fruitland Park, a district representative for the Florida Fair Tax Educational Association, which is part of a long-running national movement to get the Fair Tax approved.

In a nutshell, the Fair Tax would eliminate business and personal income taxes and replace them with a 23 percent consumption tax on retail goods and services as they are purchased, Pat says. Payroll and estate taxes also would be eliminated, tax filings no longer would be necessary, and the IRS would cease to exist.

He does find some positives in the new tax law.

“It lowers the tax on businesses, and we’re seeing the result of that (with) businesses handing out bonuses and increasing wages without a government mandate,” Pat says. “Businesses have more control over their dollars.”

And he sees some negatives.

“It does nothing to help the working poor, who pay a very high tax rate through their payroll taxes,” Pat says. “We believe no individual should pay any taxes till they’ve met the bare necessities of their family each month.”

If the new law works in most taxpayers’ favor, however, they’ll have more money in their pockets and will be more likely to put money back into the economy, Rebecca says. She hopes the 2025 sundown date is extended so the law doesn’t revert back to the former rules, and that Congress will try to further improve, if not perfect, the tax code.

“They said the intent was to be able to do your taxes on a postcard,” she says. “I don’t know that that’s on the horizon.”

Once tax season is over, more clarification and updates are expected from the IRS, tax preparers say. At that point, professionals and taxpayers alike should have a better handle on how the new tax law adds up.

The Tax Institute of H&R Block, a global tax advisor, released these examples of new tax situations, but bear in mind this analysis was made before the Internal Revenue Service finalized its assessment of the new tax law.

Personal and dependent exemptions: The elimination of this $4,000-plus benefit in 2018 for each taxpayer, spouse, and qualifying child or relative will affect most taxpayers. Personal and dependent exemptions reduce income. Without it, more of a taxpayer’s income is subject to taxation. For example, in 2017 a married couple would have to pay taxes on more than $8,000 of their income they previously wouldn’t have. If they have a tax rate of 15 percent in 2017, they would pay almost $1,000 in additional taxes.

Families: The loss of personal exemptions will greatly affect families. However, taxpayers whose income falls under $400,000 if married filing a joint return, and $200,000 otherwise, will receive an increased child tax credit of up to $2,000 for every qualifying child. Families with dependents over the age of 17 also may qualify for a new family tax credit of $500 per dependent that does not qualify for the child tax credit. The increased child tax credit, new family tax credit, along with the larger standard deduction, may or may not make up for the loss of the personal and dependent exemptions. For larger families and families that previously itemized, the impact of the elimination of the personal exemption will be magnified.

Itemizations: Those who itemize will have fewer expenses to deduct and a higher standard to cross. The almost doubled standard deduction for individuals to $12,000 and to $24,000 for married taxpayers filing jointly could offset the loss of personal exemptions. Those who usually itemize deductions, including homeowners and residents of high-tax states, might no longer find it beneficial if the standard deduction is now larger than the expenses they can itemize.

Mortgages: The new legislation limits mortgage interest deductions to the interest paid on a maximum of $750,000 mortgage taken out after Dec. 14, 2017. Taxpayers with a mortgage taken out before Dec. 15, 2017, can continue to claim interest on up to $1 million of mortgage debt. (In addition, only home equity loans that are used to procure your home or substantially improve it, not to pay off credit cards, for example, will be deductible as mortgage interest, according to Bushnell tax expert Rebecca Higgins.)