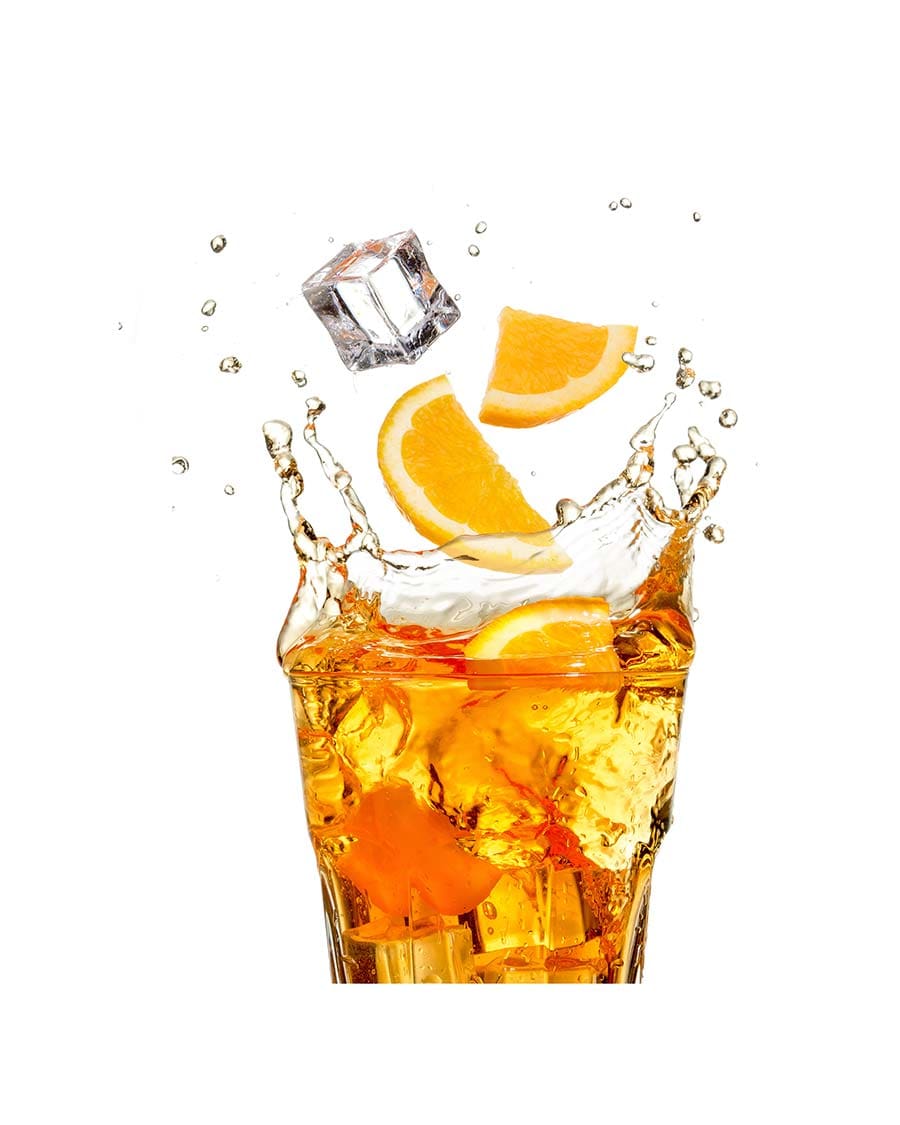 Wine spritzers add a little sparkle to the ‘dog days of summer’ with refreshing flavors, less alcohol, and fewer calories.

When I had my first sip of Italian red wine in 1980, I was not prepared for the mouth-puckering tannins that were different from anything I had ever tasted during my strawberry wine-drinking days at college.

An Italian friend suggested adding a little S. Pellegrino Sparkling Mineral Water to my wine until I got used to the bold taste. Back then, it was not uncommon to see mothers giving their bambinos mineral water with a teaspoon or two of wine added.

Whenever I mix sparkling mineral water and wine to create a refreshing spritzer, I always remember my baby steps when it came to learning about wine. My original goal was different (learn to enjoy grown-up wine), but I never forgot the light, refreshing taste that a splash of bubbly water created.

Purists often snicker at people who “adulterate” wine with other beverages, but ignore those naysayers during these dog days of summer. Wine spritzers are the perfect drink for around the pool or an outdoor party, especially because they are lighter and have less alcohol.

The classic wine spritzer is the easiest recipe for any libation ever mixed: 1/4-part chilled sparkling water or club soda, 3/4-part chilled white wine, and a slice of lemon or lime.  Some people like to add a little ice but that can dilute the wine too much, especially when using a Chenin Blanc, Sauvignon Blanc, or a Pinot Gris.

Wine spritzers are more popular than ever, with all kinds of variations and wine varietals. The choice of water is also important, though. It’s good to know the differences among the mixers because they are not interchangeable, and the tastes affect wine differently. The following are the most popular choices for making wine spritzers:

Carbon dioxide is added to plain water to give seltzer its fizz. It doesn’t contain mineral additions like club soda, but it is often sweetened and flavored. Be sure you buy the plain seltzer to make wine spritzers or you may get a combination of tastes that mask the wine.

In addition to carbon dioxide for carbonation, club soda can also have minerally ingredients such as sodium bicarbonate, sodium citrate, and potassium sulfate. It is often the best choice if you have a sweet wine and want to reduce some of the syrupy flavors.

Sparkling waters tend to be my favorite because they do not overpower the wine. Carbonation can be natural from spring waters or simply carbonated if the water doesn’t come from a spring.

If you have tonic water on hand, save it for your gin cocktails. The quinine in tonic water makes this carbonated water much too bitter for most wine-based libations.

Although it’s easy to imagine a wine spritzer being invented on a hot afternoon on a Southern front porch somewhere, the concoction has European roots. Both Hungary and Austria vie for creating the first wine spritzer, though the best story is Hungarian.

In 1842, soda water was the new “hot” rage, and scientist Ányos Jedlik brought a bottle when he visited Hungarian author András Fáy’s new wine cellar. Jedlik mixed his soda with the wine and called it a “spritzer.” His friends didn’t like the Austrian-German word so they called it a fröccs, which is still the name for Hungarian spritzers today. Austrians call it a spritzer and maintain the drink was created in their country when they were trying to add bubbles to wine in the 19th century.

Spritzers are traditionally made with cold white wine, cold club soda or sparkling water, and served without ice. That classic variation, however, is being updated with new flavors. Today, spritzers are made with all types of varietals, including red wines. I recently tried a semi-sweet red table wine from New York’s Finger Lakes region mixed with club soda and fresh limes. The club soda and lime cut the sweetness of the wine to create a thirst-quenching summer afternoon treat.

Thanks to “Iron Chef” Mario Batali, the traditional Italian Aperol Spritz is gaining popularity in the United States. Although it’s made with an already bubbly Prosecco, the orange-based drink is a refreshing way to beat the heat in Florida.

Recipe for an Aperol Spritz

This traditional Italian drink is believed to have come from Venice, Italy, when the city was occupied by the Austrian empire. The Venetians noticed their rulers drank spritzers but thought they would improve it by using their own sparkling wine for the bubbles.

2-parts  Aperol, a bright orange aperitif infused with bitter and sweet oranges and other herbs

Serve in a tumbler or large balloon glass with ice and an orange slice.