Do you remember watching the first moon landing in July 1969?

Those who do remember, and younger generations who were not yet born, are invited to see “Shoot for the Moon,” a 50th anniversary show saluting the historic American achievement hosted by Emmy- and Peabody-award-winning producer and interviewer Charlie Grinker. The adventure begins at 2 p.m. July 24 at the Clermont Performing Arts Center’s Black Box Theater, 3700 S. U.S. Highway 27. Music will be provided by Jay Rubin and Jazz-4-Ever Dance Band with America’s all-time favorite moon songs. 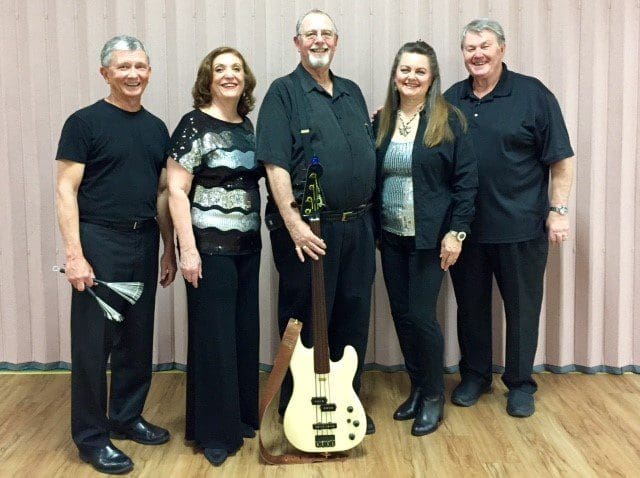 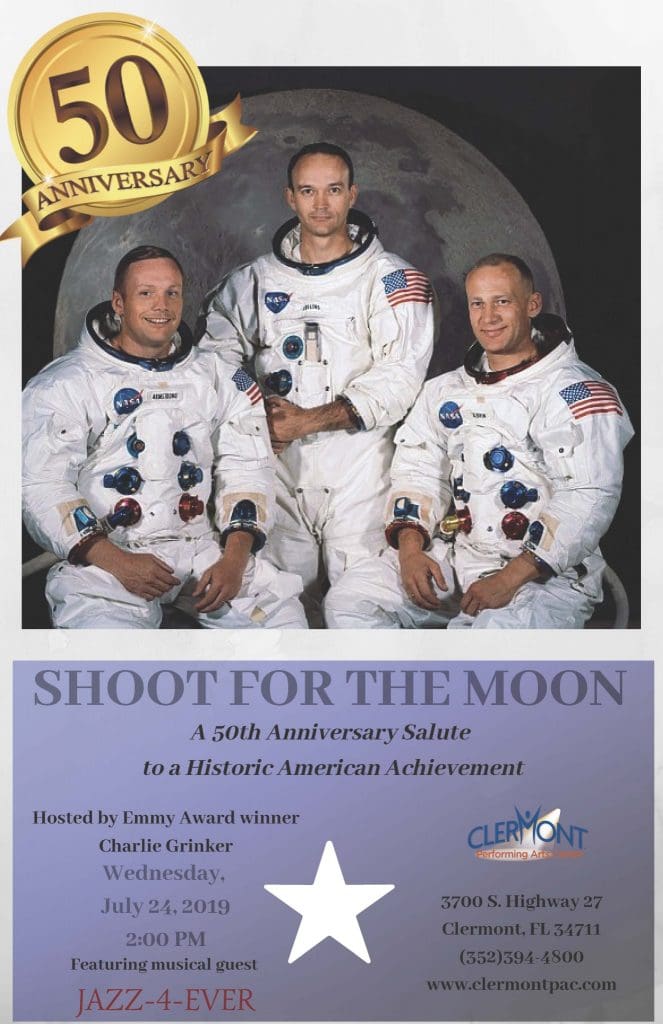 Grinker will entertain and inform the audience as he discusses the history of space and the Apollo missions, honoring the first moon landing and the incredible efforts it took to get there, says Kathryn Deen, Clermont’s communications director.

The show will begin with the 1902 classic, “A Trip to the Moon,” the first movie to become an international hit. Highlights from Grinker’s collection of rare videos will be shown. The movie was created by the legendary George Melies, who produced it, wrote it, and starred as the commander of the 1902 spacecraft. In viewing the film, the audience will be able to see how Melies envisioned the moon journey, beginning with a huge rocket that fires a well-equipped craft into space, travels to the moon, lands safely on the lunar surface, complete with a run-in with moon warriors  before the rocket returns to a joyous celebration on planet Earth.

The Clermont show will also feature 1920s motion pictures of rocket testing in Massachusetts and New Mexico. They were filmed by Esther Goddard, the wife of Robert Goddard, America’s Father of Space. With her wind-up camera she captured her husband’s work from the 1920s through World War II, including the lift-off of history’s first liquid-fueled rocket in 1926, the direct descendant of the rocket that sent Neil Armstrong, Buzz Aldrin and Michael Collins to the moon in July 1969. NASA’s Goddard Space Flight Center in Maryland honors Professor Goddard.

“Shoot for the Moon” also highlights the first astronauts, known as The Mercury Seven, including John Glenn, who in 1962 became the first American to orbit the Earth in space. In 1998, Glenn again made history, this time as a crew member of the space shuttle Discovery. He was 77 at the time, the oldest person ever to travel in space.

The climax of “Shoot for the Moon” begins at breakfast with Armstrong, Aldrin and Collins. The audience will be witness their historic journey into human history as they share their thoughts while walking on the lunar surface. Grinker also asks several American celebrities to share their memories of that unforgettable day, including Tom Brokaw, Betty Ford, Oprah Winfrey, Mickey Mantle, Maya Angelou and Neil Simon. It was a once-in-a-lifetime moment for them as well as many Americans.

Tickets for “Shoot for the Moon” may be reserved at www.ClermontPAC.com. The box office is open 1-5 p.m. Tuesdays, Thursdays and Fridays, as well as two hours before showtime.  Call 352-394-4800 for more information.

About the City of Clermont. Clermont, Fla., is known as the Choice of Champions® due to its international reputation as a training ground for elite athletes and the community’s celebration of the championship spirit. Founded in 1884 as a model town, the city of 40,000 is about 20 miles west of Orlando and is set among picturesque hills and pristine lakes. Clermont is the largest city in Lake County. More at www.ClermontFL.gov.