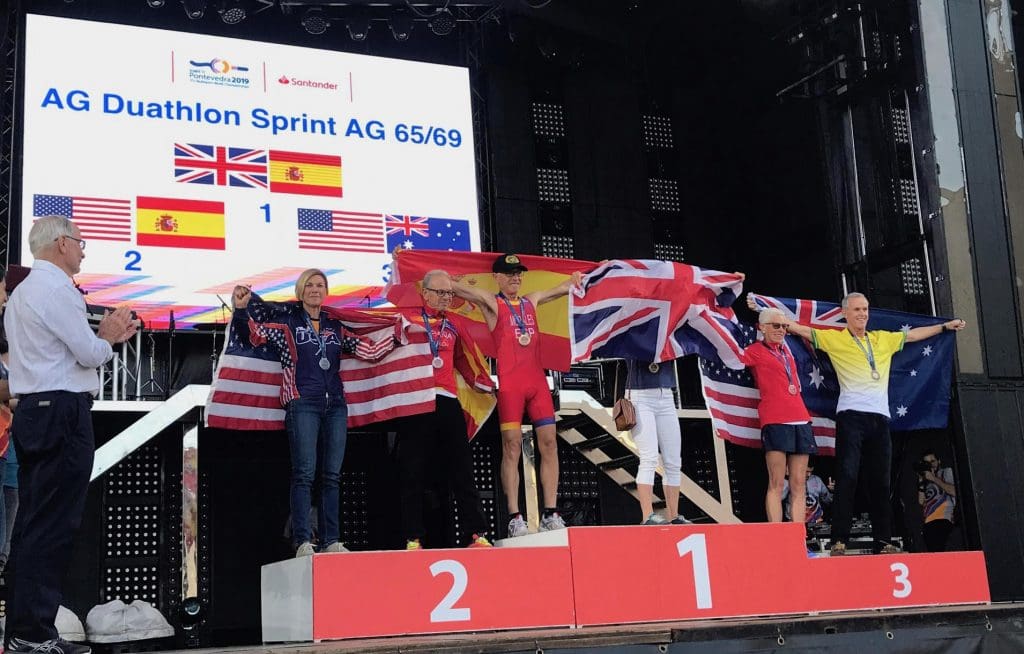 Diane Travis, left, on the World Duathlon Championship podium in 2019 at Pontevedra, Spain, where she won the silver medal. // Provided photo

Diane was the 2019 Women’s USA National Duathlete champion in her age group and silver medalist in the world competition, in which athletes run, bike and run again.

She received honorable mention by USA Triathlon, the governing body for triathlons, duathlons and five other athletic competitions, making it the largest multisport organization in the world with more than 400,000 members, according to a news release.

The honor, which recognizes the top athletes in duathlon, has special meaning for Diane, who was a friend of Anne’s, for whom the award is named. Anne died in a car accident returning from the 2018 national competitions. Diane said at the beginning of the 2019 season that she would dedicate each race to Anne.

“I am thrilled and humbled to receive this recognition from USA Triathlon,” says Diane, a Clermont City Council member and owner of Travis Realty Group.