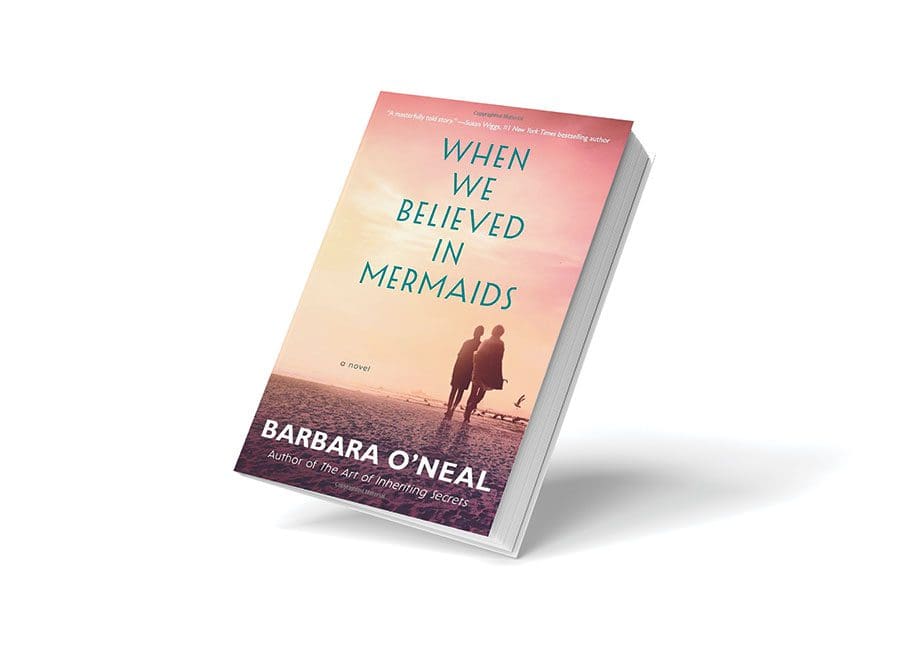 By Barbara O’Neal. Can sisters separated by tragedy be reunited by fate?

Kit has mourned the loss of her older sister Josie for 15 years despite their love/hate relationship–Josie, who was tragically addicted to drugs, alcohol, and itinerant men; who roamed the world looking for her next toke, a couch to sleep on and the next wave to surf; Josie who was vaporized when a terrorist blew up a train in France. At least that is what Kit and her mother were told.

Kit’s mother is sure that it was Josie on a television news report about a devastating nightclub fire in Auckland, New Zealand. She’s sure because of the telltale scar over Josie’s eye–the scar Josie sustained when she was injured in an earthquake, the same earthquake that killed their father when the family restaurant slid off the cliff onto the rocks below and destroyed the already dysfunctional family.

Kit is now an emergency room doctor in Santa Cruz, California and has struggled to bury deeply the trauma of her childhood. Kit’s saving grace is surfing, a fanatical love she and Josie always shared. Kit always takes to the waves to clear her mind.

Is it possible that Josie is still alive? Kit’s mother insists that she go to Auckland to look for her. Kit is flooded with anger as memories come tumbling forth: sleeping on the beach as 4- and 6- year olds with Josie’s arms wrapped around her; imagining they were mermaids dressed in their mother’s old nightgowns; learning to surf; her beloved Josie who turned into an increasingly rebellious teen as her addictions increased. Josie, who in later years showed up occasionally for a free meal, stole from Kit and then disappeared again.

If Kit can find Josie, can she handle the pain that finding her will resurrect? Is there any chance they can recapture the sisterly love they once relied on as children? Delve into this poignant novel as the mystery unfolds and find the answers to these and dozens of other questions. Readers will be rewarded with a tale rich in descriptive prose and intense characters.