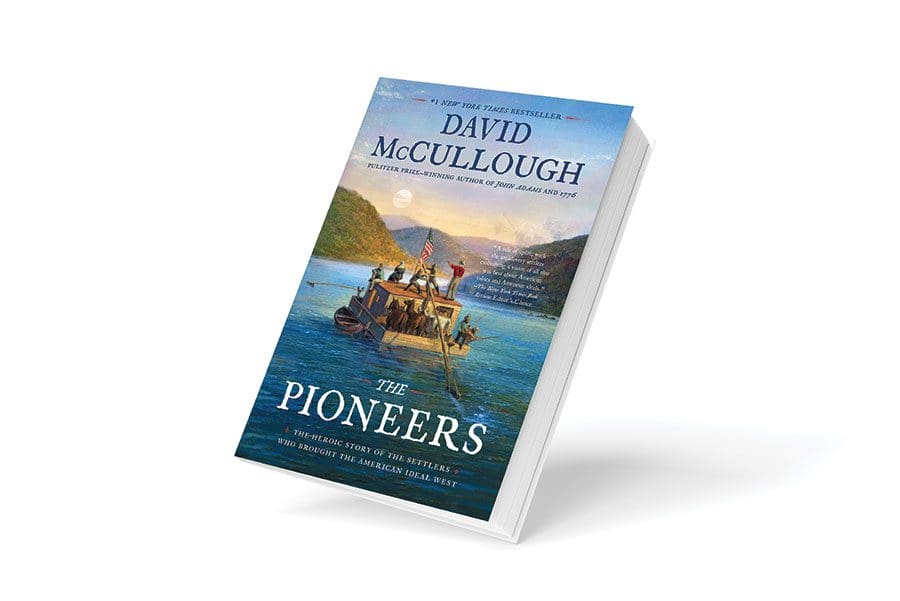 The heroic story of the settlers who brought the American ideal west.

When I first heard the title “The Pioneers,” I thought of the westerns I have watched on TV, but this book is a great deal more than that. “The Pioneers” by David McCullough is a great read but also teaches you about the Northwest Territory and the beginning of settlement of the American West.

When the Revolutionary War ended, John Adams and John Jay went over to Paris in 1783 to sign the peace treaty with Britain and thereby recognize the “new” United States. Due to the skill of these two diplomats, the United States government now owned 265,878 square miles of untouched wilderness and the United States had doubled in size. To give you an idea of how vast the Northwest Territory was, remember that five states would come from this territory: Ohio, Indiana, Illinois, Michigan and Wisconsin.

At this time in American history, we had a Congress, but no president. Therefore, a new ordinance was needed to establish the details of how these new states would enter the union. This became known as the Northwest Ordinance. The three important parts of the Northwest Ordinance were freedom of religion, free universal education and the prohibition of slavery. If you recall, slavery existed in every one of the thirteen colonies.

McCullough does a colorful job of describing the men and women who were the first to migrate to Ohio. He tells us about the harsh realities of their life and how these brave people dealt with floods, fire, wolves, bears and their relationship with the native people.