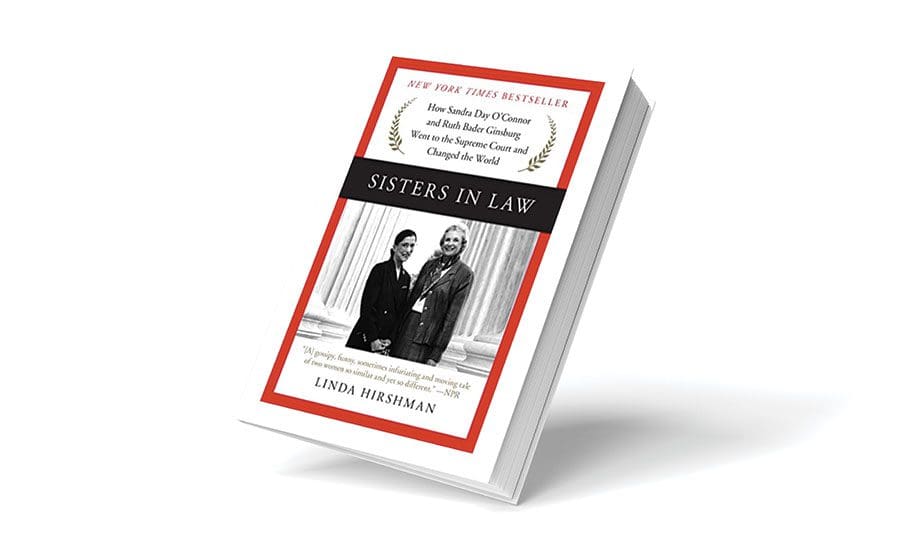 How Sandra Day O’Connor and Ruth Bader Ginsburg Went to the Supreme Court and Changed the World.

After COVID-19 forced us into hiatus, the Bookworm Book Club has resumed in-person meetings using an outside venue. One book on our disrupted schedule that we felt had to be discussed was “Sisters in Law.” When Justice Ruth Bader Ginsburg died in September, the book took on a whole new perspective and significance.

Sandra Day O’Connor, a Christian, moderate Republican, was raised on a ranch in Arizona. Fiercely independent, she learned the value of ‘no excuses’ early on. After graduating from Stanford Law School in the top 10 percent of her class, the only job she was offered in the legal profession was as a legal secretary.

Ruth Bader Ginsburg was a Jewish, liberal Democrat raised in Brooklyn. One of only nine female students at Harvard Law School, she graduated first in her class. Like O’Connor, she could not find a job after law school despite glowing recommendations from her law school professors.

The author chronicles how together these dynamic justices from very different backgrounds framed the legal rights of women, including, but not limited to, employment discrimination, abortion rights, affirmative action and sexual harassment.

The book abounds with exceptional research and charming anecdotes. It recounts how O’Connor and Ginsburg became trailblazers in their early careers as they fought to overcome discrimination against women in the law profession.

This short synopsis cannot possibly convey the scope of this book, which is a must read for advocates of equality and justice and devotees of the Supreme Court.