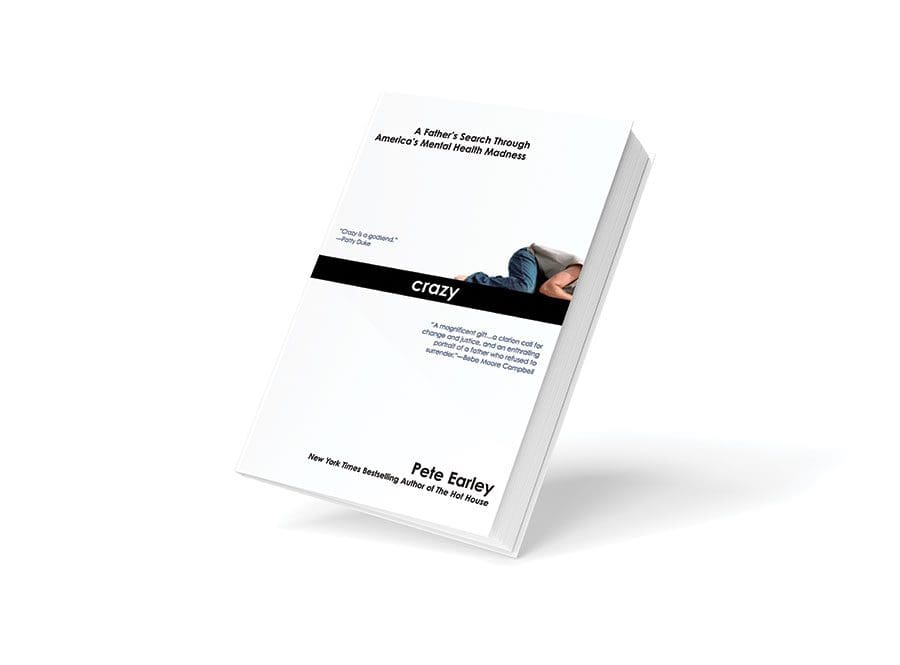 Although this book was published in 2007, it is as relevant today as when Pete Earley wrote it. An award-winning author and a journalist for more than 30 years, Earley’s life changed forever when his son Mike had his first major psychotic breakdown during his senior year in college.

Earley struggles to understand how his son can be arrested, be treated for several days in a hospital until he’s considered “stable,” and then be released without further treatment. Mike flatly states he won’t take his medicine once he is released from the hospital and the law prohibits Earley from making treatment decisions for his adult son even though he is mentally ill.

In this groundbreaking book, Earley puts his journalism experience to use as he attempts to discover why the mental health system in this country is in such a mess. Earley is convinced that by telling Mike’s story, as well as the stories of other people with mentally illness, he will shine the spotlight on the state of care for those who suffer from schizophrenia, bipolar disorder, and other related affective disorders caused by chemical imbalance in the brain.

Earley contacts Judge Steven Leifman in Miami, Florida, who had earned a national reputation as a mental health reformer. It is Judge Leifman who convinces Earley to come to Miami, a city that has the highest percentage of mentally ill residents of any major metropolitan area in America.

Earley is given complete access to the Miami-Dade County Jail – inmates and employees. He spends an entire year following several habitual inmates who are mentally ill, shadows the jail’s chief psychiatrist Dr. Joseph Poitier, and meets with law enforcement officials, mental health advocates, and attorneys who represent the mentally ill. Earley’s rigorous research produces a book that clearly demonstrates the maze the mentally ill encounter in getting treatment and the tremendous prejudice faced by those with mental illness.

The Bookworm Book Club is very fortunate to have our esteemed member Dr. Ruth Martin, who has vast experience treating those with mental illness, guide us through this book.