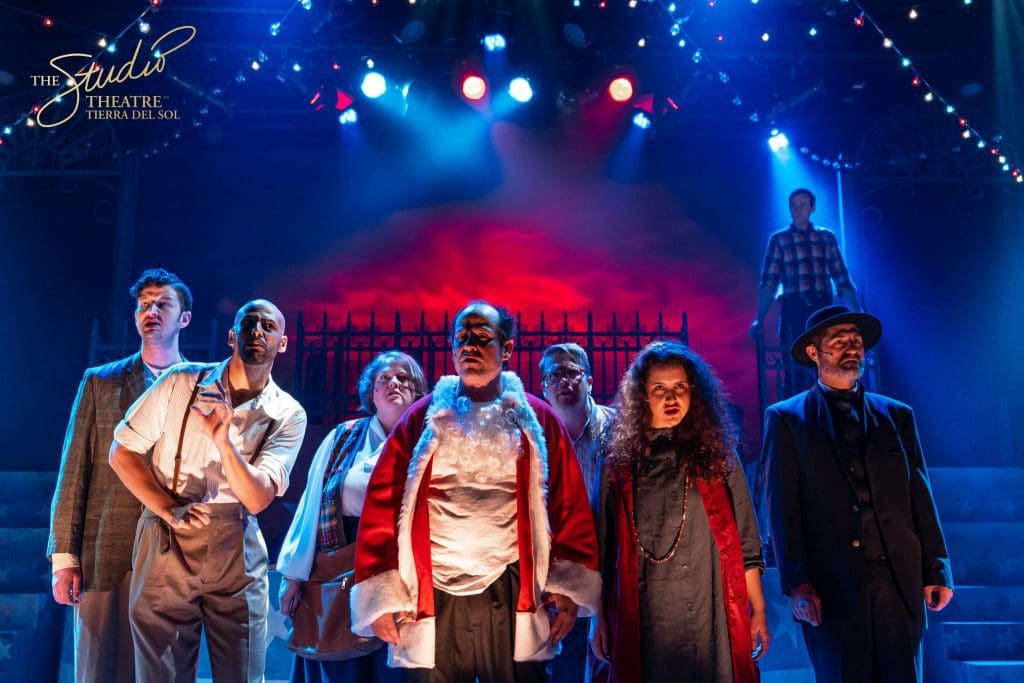 In a theater press release, the play is billed as “a cautionary tale about the pain that comes from going too far, when you attempt to change a nation forever.”

“Assassins” is definitely a unique, thought-provoking musical that is a lesson and reminder of the dark side of American history, and like many historical plays, much of the tension and conflict that happened over the years continues to be happening today. Some things haven’t changed.

“Angry men don’t write the rules, and guns don’t right the wrongs,” is one line in the musical which also shows the chaotic thinking of each of the assassins and the common call to action they each shared. While this play may not appeal to all audiences, the performers in “Assassins” do deserve kudos for their stellar acting and singing.

Popular music of the various eras of the time is depicted in the musical, too.

Overall, Studio Theater Tierra del Sol succeeds in its mission to inspire theatergoers to examine relevant issues and to “think outside the box, inside the box” with its shows.