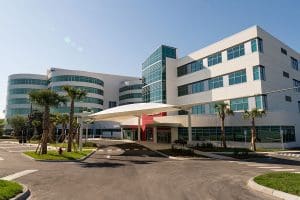 Opioid abusers are getting help through a program guided by LifeStream and AdventHealth Waterman.

A man overdosing on oxycodone is rushed into the AdventHealth Waterman emergency room. The ER staff immediately calls the LifeStream Community Substance Abuse Response Team. A crisis hotline counselor briefly gathers information and contacts the on-call peer recovery specialist, who arrives at the ER within the hour.

This sets in motion an intervention program that is attacking opioid addiction in Lake and Sumter counties. A partnership between LifeStream Behavioral Center, based in Leesburg, and Waterman hospital in Tavares is leading to positive outcomes in the community. They are in the second year of a three-year, $2 million grant for the program.

As of March, LifeStream had treated 294 patients, including 97 from the Waterman ER, the home base for referrals. Of that group, there have been just two confirmed subsequent overdoses, according to Stephanie Mooneyham, project coordinator with Lutheran Services Florida Health Systems, the managing entity of LifeStream.

“The overall goal is to capture people who are high opiate users or at risk of overdose earlier on in their care before they end up in the (emergency departments) and before their overdose could potentially become fatal,” says Samantha Strasser, director of acute care at LifeStream, which provides a continuum of behavioral health services to Lake and Sumter residents.

The need for the program is great as opioid abuse is prevalent in Lake and Sumter counties, Samantha says. Opioids include prescription painkillers such as oxycodone (OxyContin), hydrocodone (Vicodin), morphine, methadone and fentanyl, as well as illegal drugs like heroin, according to the Centers for Disease Control and Prevention.

Opioid-involved deaths comprise the majority of fatal drug overdoses. Nationally, drug overdose deaths due to synthetic opioids other than methadone increased from 2017 to 2018, according to a March report from the Florida Alcohol and Drug Abuse Association. In Florida, 2018 marked the fifth year of significant increases in the rate of death due to fentanyl.

That’s only a snapshot, but it’s still an ugly picture. 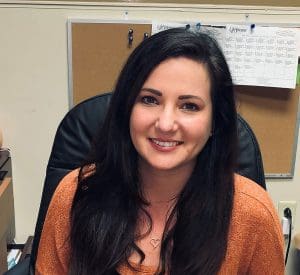 “They have a different perspective than a clinician would walking in the room. They can say, ‘I’ve been there, I’ve overcome it and I want to help you do that, too.’”
— Samantha Strasser

“We know that addiction is an epidemic and we know that it knows no social boundaries,” says Susan Chavis, RN and director of inpatient nursing at Waterman.

The main goals of the LifeStream program are to reduce the number of opioid and other drug-related deaths; reduce the number of individuals with substance use disorders who require costly interventions such as jail, emergency rooms and hospitals; and end the revolving door in the ER by connecting patients to recovery support services.

“The sooner you encounter these people at the beginning of the process when they come in, the quicker we can get them into treatment, if that’s what they’re wanting,” Sherry says. “A lot of times in the past, there hasn’t been that connection to provide the next link of service.”

LifeStream created that link with the Community Substance Abuse Response Team (CSART), which includes four peer recovery specialists (PRS) and two master clinicians. Team members provide counseling, resource navigation and peer support. They can intervene at the hospital or in the patient’s community. They identify immediate and long-term resources and motivate patients to seek treatment and follow through on recovery.

The peer recovery specialists have 40 hours of training and personal experience with substance abuse that ideally helps them establish a rapport with patients.

“They have a different perspective than a clinician would walking in the room,” Samantha says. “They can say, ‘I’ve been there, I’ve overcome it and I want to help you do that, too.’”

The peers are stationed in the Waterman ER from 1-4pm each day, a peak time for this type of patient, Susan says. They are otherwise on call 24/7. The program also is available once a week at the Umatilla Health Center, part of the state Health Department.

“These are patients that are repeatedly in our ER, they clearly have an issue with addiction, they need help,” Susan says. “Some of them realize it and do ask for help, and that’s where we’re successful, when the peer recovery specialist can hook up the resource. We’ve actually had patients leave our ER and go straight to LifeStream and get into recovery, which we really love when that happens. We’re looking to be more successful with that.”

The ER staff acts as a catalyst by calling in LifeStream specialists. Lake EMS also contacts LifeStream when it receives an overdose call, saving time so a specialist can get to the hospital before a patient has been treated and released, Susan says.

“One of the key pieces for success in this is that our emergency room team is on board, because they’re actually the ones that say, ‘Hey, we need a peer recovery specialist in Room 1,’” Susan says. “Then (the specialist) will go right in and talk to the patient on a level that these patients need to have in order for communication to be effective.”

The PRS will talk with the patient about the circumstances that brought them to the ER and whether there is motivation to change.

“This is why it’s really beneficial that these peer recovery specialists are recovered addicts themselves because they’re able to relate,” Susan says.

The peers use an approach called SBIRT—screening, brief intervention and referral for treatment—to determine the likelihood of substance use disorder. The assessment determines guidance on inpatient or outpatient services.

Waterman staff does not need permission from the patient to bring in a PRS, but the patient does need to voluntarily agree to treatment. If the patient does not agree, the PRS leaves contact information and, with consent, will provide phone or in-person support for a minimum of 30 days.

The majority of the contacted people enroll in the program, Samantha says. Once a patient is medically stable and released from Waterman, they would go to LifeStream’s inpatient detox facility. If they are at moderate risk, they may be referred into medication-assisted treatment (MAT) and prescribed Vivitrol or Suboxone. A majority of patients enter this treatment to continue to be opioid-free, Sherry says.

Patients also may receive follow-up care from a peer if they feel like they’re going to use drugs again. LifeStream wants to ensure they reach the full level of recovery from opioid use.

“That’s not to say that some people won’t relapse, because that happens a lot to addicts,” Sherry says. “But, again, that’s why the peer recovery specialists are there for the follow-up support, to try to help these people make it through those phases.”

LifeStream expects to expand its efforts in Sumter County, where the program primarily serves residents through referrals. The Sumter County Sheriff’s Office also may bring patients to the LifeStream detox facility, and Lake EMS contacts LifeStream peers for cases located up to the Sumter County line. LifeStream also plans to conduct training with the SCSO on how to utilize the 24/7 call line to get a peer specialist on the scene, Samantha says.

Sherry and Samantha hope for an extension of the grant, which was awarded by the Florida Blue Foundation to LSF Health Systems. Under the terms of the grant, LifeStream plans to move the program into other facilities, such as UF Health The Villages Hospital, UF Health Leesburg Hospital and South Lake Hospital.

“We started one phase and we’ve seen how successful it’s been with Waterman, but now the goal in the grant was to cover all the areas,” Sherry says.

Samantha adds: “I’m excited for the growth that is to come.”

Help is available during the crisis

Sherry Olszanski, executive director of the LifeStream Foundation, says the organization can’t predict whether opioid use will increase during the coronavirus pandemic. However, LifeStream has established a special 24-hour Helpline to assist people who may feel anxiety, stress, sadness or depression because of isolation and uncertainty. They can speak with a mental-health professional by calling 352.408.6625. Like all health-care facilities, LifeStream has limited supplies and is looking at many options to try to get more personal protective equipment, especially for its psychiatric hospital and residential programs, Sherry says.

Peer to peer: A recovery story

This story was written by a LifeStream peer counselor about two patients treated by the Community Substance Abuse Response Team (CSART). The counselor and patients are not identified for confidentiality reasons.

When I first met “D,” he was curled up in a fetal position, he was shaking and he was covered in a sheet with only his face visible. The location was AdventHealth Waterman’s emergency room. D had just overdosed.

D explained that just two days prior, his fiancée, “Y,” had stopped breathing from a drug overdose. Afraid beyond measure, D used CPR and brought her back to life. She was rushed to the hospital and, after discharge, was sent to the LifeStream Behavioral Center detox facility for treatment.

The anguish of it all, D said, led to his own overdose, disappointment in himself and the emotional conversation we were having in the ER.

D wept and shivered as he spoke, saying he would not be able to live with himself if his fiancée left LSBC substance-free while he was still a junkie. That, he asserted, would be tragic because Y would only return to the substance-abuse habit that had killed her once already. After I explained to D the details of the Florida Blue intervention program, and how I would work to help, he signed up immediately.

After his discharge, I kept in constant contact with D, his family, his fiancée and her mother, all of whom are authorized participants in their treatment. I also communicated with the powers-that-be at LifeStream, which informed me that not only would it allow the couple to detox in the same LSBC hospital, but also in the same unit.

Together, D and Y often sat side by side, supporting each other as they made it through the program and withdrawal symptoms. Each was the rock the other needed, and each was guided by the efforts of myself, their peer counselor. Upon discharge, they reported being happier than ever.

Substance abuse had torn their lives apart. But, thanks to the combined efforts of AdventHealth Waterman, LifeStream and the Florida Blue program, the lovebirds are enjoying newfound health and newfound hope.

“If it wasn’t for you and Florida Blue, today we might be dead,” D said during one of my visits to his home.

D and Y are clean, learning to explore their new lives, working as each other’s rocks and planning a future they thought would never come.

While every road to recovery has its bumps, their recovery is more than just physiological and psychological—it also is systemic. And that is because of Florida Blue’s CSART program.