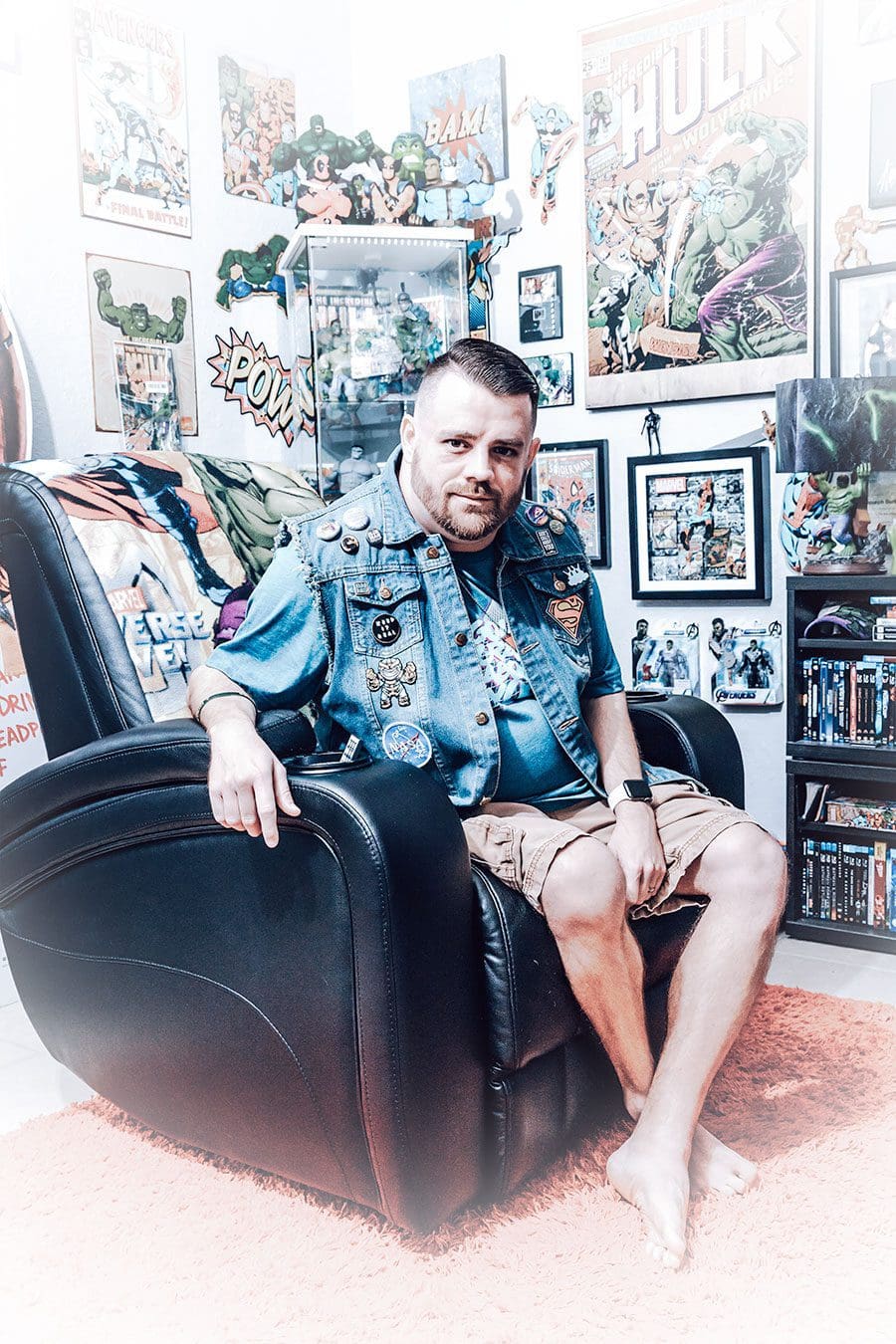 Joe Burke is a motivational speaker who recently penned a book about his life, “Bloody Incredible,” which he hopes to publish soon.

He spent half of his life in hospitals and Ronald McDonald Houses after being born with hemophilia, a blood disease in which one cannot clot easily. Then as a toddler in the early 1980s—when the AIDS epidemic was in full swing—he became co-infected with HIV and hepatitis C.

The blood products Joe was given to treat hemophilia had been contaminated; HIV was not yet a thing doctors checked for when transporting blood from one person to another.

The Clermont resident will turn 41 on Nov. 30. On the website of America’s biopharmaceutical companies, HIV is considered a manageable condition. In 1981, life expectancy for a patient with AIDS was measured in weeks and months. Today, a 20-year-old with HIV can expect to live to 70.

“My goal is to empower people,” says Joe. “I want people to be encouraged that they are not defined by their disease. We are so much more than a categorized statistic on a notebook somewhere in a doctor’s office.”

Joe experiences chronic pain from joint damage, with permanent injuries to his right knee, both elbows and ankles.

“Just because I have a limitation in the way that I walk or the way I move, doesn’t mean I cannot leave my thumbprint out there for somebody to find a ray of hope in their dark days,” says the men’s ministry director at Real Life Christian Church in Clermont.

In addition to being a motivational speaker, Joe worked for the Blue Man Group for eight years, and has been involved in graphic design and broadcast media, and enjoys writing/composing music and creating comic book-style art.

“I do this crazy art gig all over Lake County,” he says, including designing labels for Yalaha Bootlegging Co. products. He’s also a certified Marvel Comics expert, one of a handful of people that have been given Stan Lee’s blessing to speak on behalf of Marvel.

Joe’s voice perks up as he happily talks about the love of his life, his wife, Alexandra.