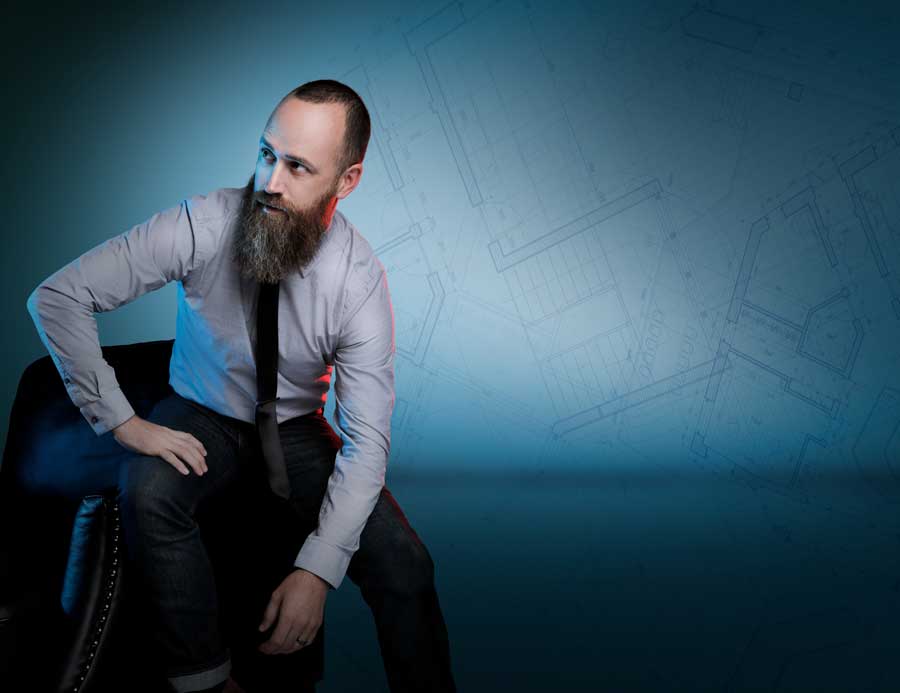 Always have a backup plan. It may lead to owning a company.

Bryan Smith didn’t set out to work in construction. And once in the industry, he didn’t immediately get a contractor’s license. But he knew in the back of his mind that if he learned a variety of roles, he would one day be ready to start his own company.

That day came in April 2017, when Bryan opened BP Smith Construction at 680 N. Central Ave. in Umatilla. A year later, Bryan is the Style Business Man of the Year, chosen in a drawing during an annual event that honors some of the top men in their professions in Lake and Sumter counties.

BP Smith Construction handles home remodeling and construction of new homes, costing $200,000 or less, for first-time homebuyers. So, if you want to build a house, contact Bryan. Your home has room for improvement? Bryan’s the guy. Have questions about the details? Call Bryan. Of course, there’s no one else to call. Bryan’s the owner, chief cook and bottle washer, and only employee of the company, subcontracting the construction work. Bryan Patrick Smith is BP Smith Construction.

“It’s more work on my end, but I love what I do. It’s not a job,” Bryan says. “I wake up in the morning like, ‘All right. I can sell something. I can go and make somebody happy today.’”

His organizational model appears to be working. Bryan says he has a lot of work on his plate, he’s adding some “boots on the ground” to help with projects, and expansion is on the horizon.

He never could have imagined his life today when he was growing up in the Buffalo/Rochester area of New York. Bryan had little interest in construction, though he had relatives in the industry, and he studied computer information systems in college. After finishing school, he visited Florida, where his grandparents were snowbirds, and he never wanted to go back to cold weather again.

Bryan wound up getting an estimating and purchasing job at Pringle Development in Leesburg (now Pringle Homebuilding Group in Eustis) around 2005. An estimator analyzes floor plans and determines the exact cost to build a house. He began to enjoy working in construction and helping people build their dream homes. 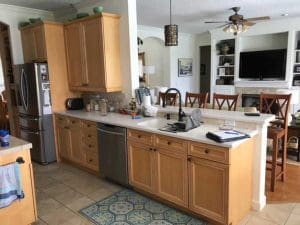 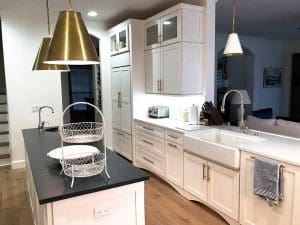 “I loved the idea that you take a piece of dirt and you build something that a family is going to have memories in,” Bryan says. “This house might be sold numerous times, but somebody’s going to mark the height of their kids on the doorjamb on something you build. For me, it’s satisfying to see people do that.”

Pringle Development was a major homebuilder, with developments such as Lakes of Mount Dora, Legacy of Leesburg, Royal Highlands, and Highland Lakes. But the housing decline cut the company’s staff from nearly 300 employees to about a dozen, Bryan says. He was the lone estimator remaining, and he wanted to move on to a new challenge. That’s when he started to implement his “backup plan.”

“My backup plan was to get my contractor’s license,” he says. “So then I knew that no matter what happened, I had this backup plan. I could start my own company. It was a plan I wanted to do, but the pieces weren’t there yet.”

“I loved the idea that you take a piece of dirt and you build something that a family is going to have memories in. somebody’s going to mark the height of their kids on the doorjamb on something you build.”

Joe Ziler, a friend at Pringle, bought Kevco Builders in Eustis, and later brought Bryan onboard as director of operations, where he oversaw the construction managers and financing. Joe became more of a mentor than a boss, grooming Bryan to one day replace him as leader. They developed a close relationship personally as well as professionally, Joe says.

“His wife made a comment one time that I was the most positive male role model in his life since his grandfather passed away,” Joe says.

At Kevco, Joe rebranded a company known for remodeling into a custom homebuilder. Custom homes and remodels are “two different animals with two different clienteles,” Bryan says. As new construction drove the business, Joe wanted to drop remodeling, and eventually, Bryan saw a void in the marketplace for a remodeler. Joe says Bryan came to him a couple of years ago and said he wanted to start his own business to create a legacy for his young son. Joe supported the move. They remain close friends, comparing notes at occasional lunches, and Joe reminds Bryan that he’s only a phone call away if he needs any guidance. And Joe, who now owns Kevco and Pringle Homebuilding Group, also refers all his remodels to Bryan.

The most intriguing aspect of his new company is building for first-time homebuyers, Bryan says.

“If you can take yourself back to when you bought your first house, the details really didn’t matter. It was the idea that you are buying your first home,” he says.

“If you can provide a brand-new home to a young couple just starting out, for me, it’s self-satisfying.” As the sole employee of BP Smith Construction, Bryan bridges the communication gap between the sales representative and the builder that homebuyers sometimes experience.

Working through the grind of busy weekdays, Bryan goes home to a close-knit family. Bryan with a “y” has a wife named Krysta with a “y,” and so they followed suit by including a “y” in each of their kids’ names: daughters Dylan, 15, and Quynn, 7, and son Soryn, 3. Krysta is a mixed-media artist who works at the Lake Eustis Museum of Art and recently opened a studio space at the Wild Ibis Art Studios and Gallery in Eustis. The family is always doing something together, whether it’s taking a trip to the Orlando Science Center or playing basketball. “

My free time is family time. I love doing things with the family,” says Bryan, 40.

As for the future growth of BP Smith Construction, Bryan has goals of expanding regionally and possibly nationally.

“I still want to be that go-to person that the homeowner can have a direct line to, but business has gone up so much that it’s time to expand,” he says. “I never had a finish line in sight. If you ask me tomorrow what the goal is, it’ll be different than today. But it’s the idea that you’re giving people an affordable product.”